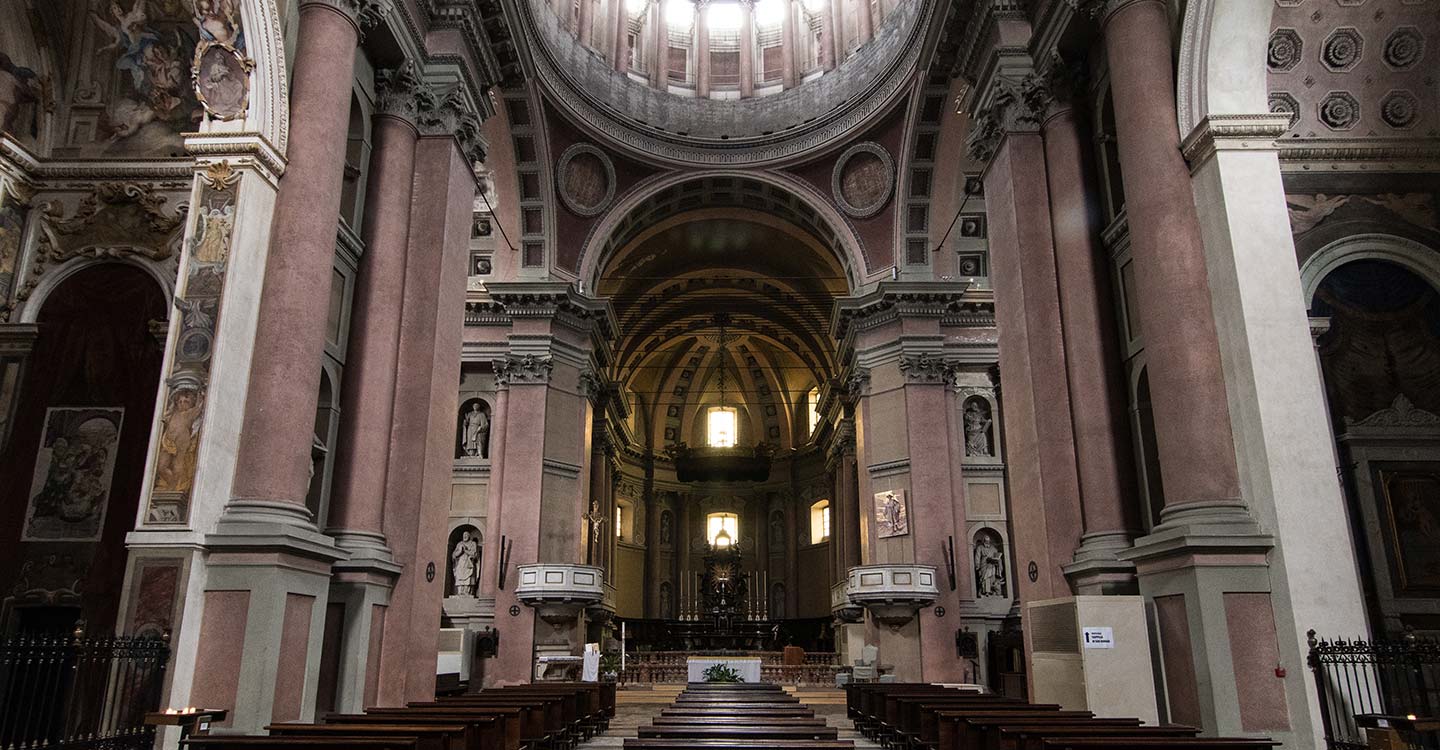 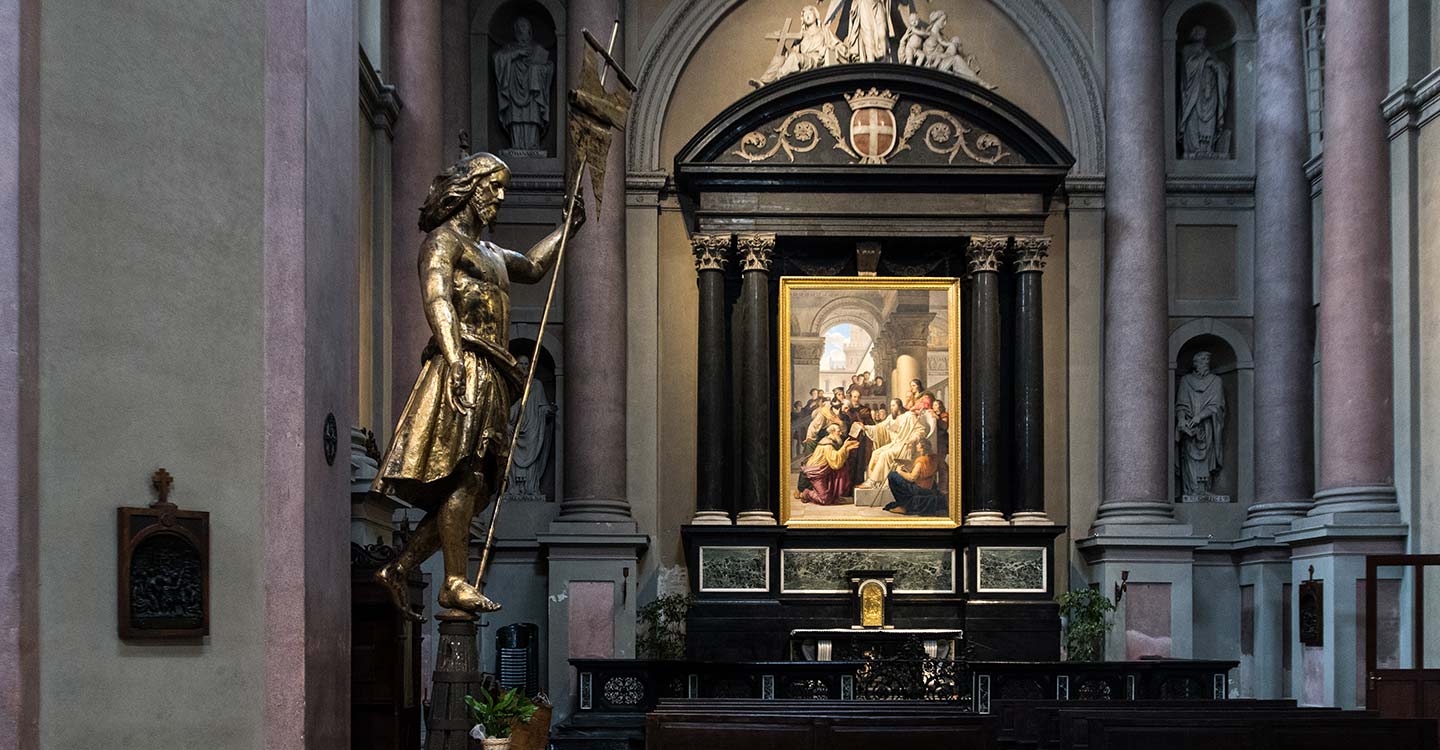 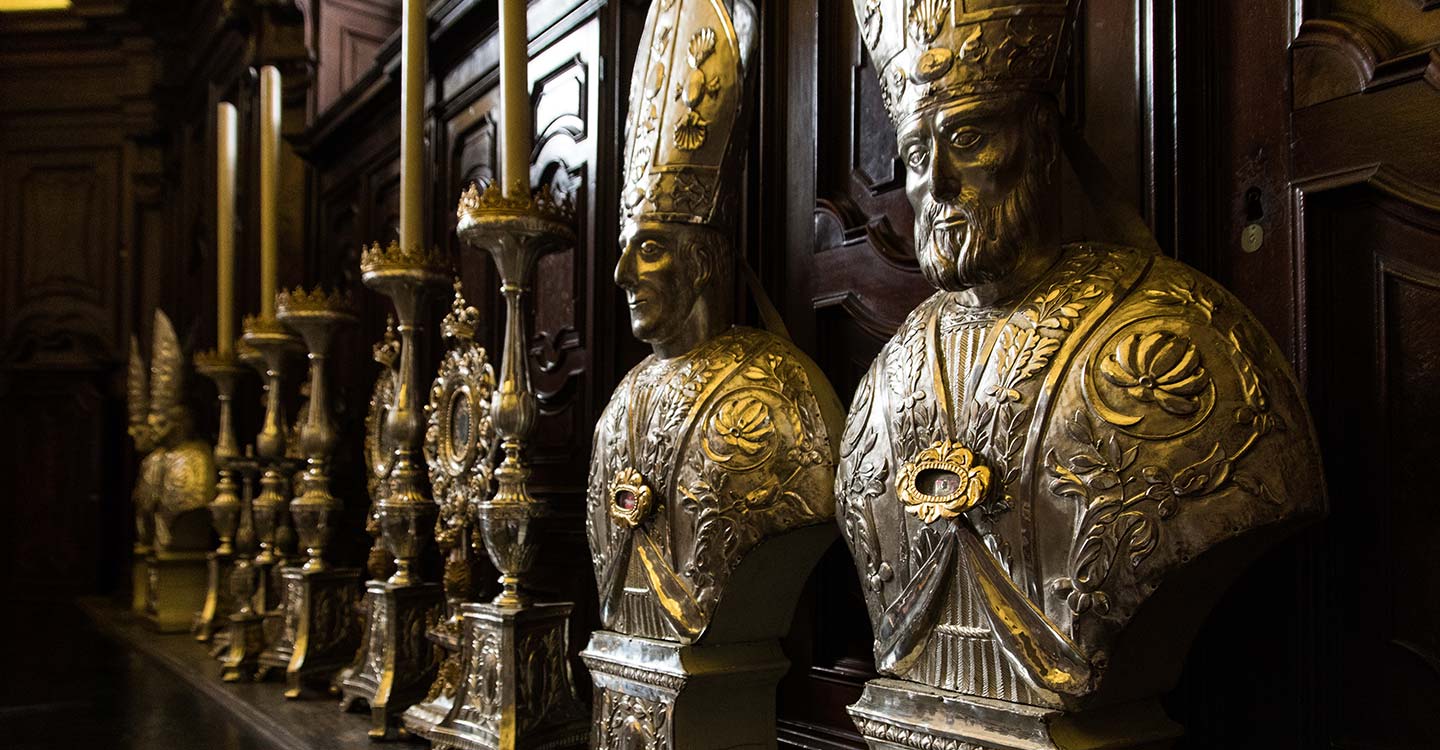 The original early Christian basilica, located outside the walls, was demolished in 1553 due to defensive needs declared by the Spanish central government.

Between 1577 and 1590, the ruling class of Novara began the reconstruction of the patronal church within the walls, on the site of the ancient church of San Vincenzo.

The design of the building, on a Latin cross plan, is attributed to Pellegrino Tibaldi, the favourite architect of St. Charles Borromeo.

The six chapels along the single nave are among the most significant expressions of Novarese art. The Buona Morte chapel, completed before 1620, is of particular interest, with works by Guglielmo Caccia, known as “il Moncalvo”, and Pier Francesco Mazzucchelli, known as “il Morazzone”, as is the Angelo Custode chapel, painted by Tanzio da Varallo.

The second chapel on the left features a polyptych by Gaudenzio Ferrari from the original basilica.

Other items of note in the rich interior include works by Paolo Camillo Landriani, known as “il Duchino”, the Della Rovere brothers, known as “i Fiammenghini”, and Stefano Maria Legnani, known as “il Legnanino”. He also painted the Glory of St. Gaudenzio in the “scurolo”, which was inaugurated in 1711. This elevated space, designed by the Ticinese architect Francesco Castelli, preserves the remains of the patron saint in a silver and crystal urn.

In the left transept, in front of the altar of Sant’Adalgiso, with an altarpiece by Palagio Palagi from 1833, stands a gilded copper statue of the Saviour made by Pietro Zucchi in 1888. It was originally intended for the top of the dome, where it is now replaced by a copy.