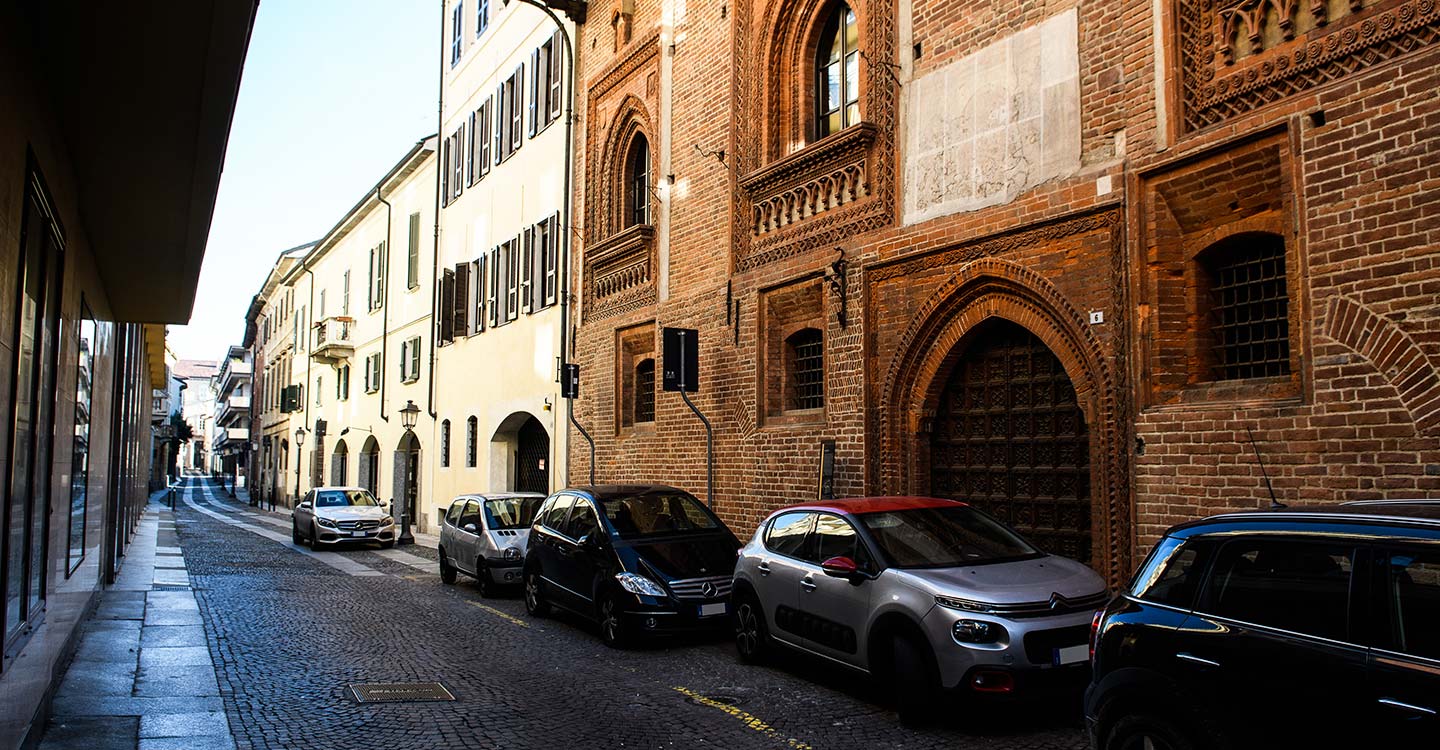 This building is a significant example of a late 14th – early 15th-century noble residence.

Between the late 19th and early 20th century, an intense debate preserved the building from demolition. It was acquired by the Opere Pie di San Paolo Institute and entrusted to the architect Carlo Nigra. His work, from 1918 to 1930, sought to restore the original form according to the “in style” trend popular at the time, and has been followed by more recent restoration.

An examination of the historical construction phases reveals the use of Roman fragmentary material in an original core building from 1000 AD, predating the addition of the upper floor in the 14th century and the 15th-century renovation work.

This included the installation of the three large windows that characterise the facade along the street: the ogival arch profile is set in rectangular frames built with moulded terracotta tiles featuring floral and spiral motifs.

Between the windows, two noble coats of arms indicate the ancient ownership of the building: the first, with the cardinal’s hat, belonged to Ardicino della Porta, who resided here in the early 15th century; the second, with the Visconti snake, probably belonged to the family of a noble consort.