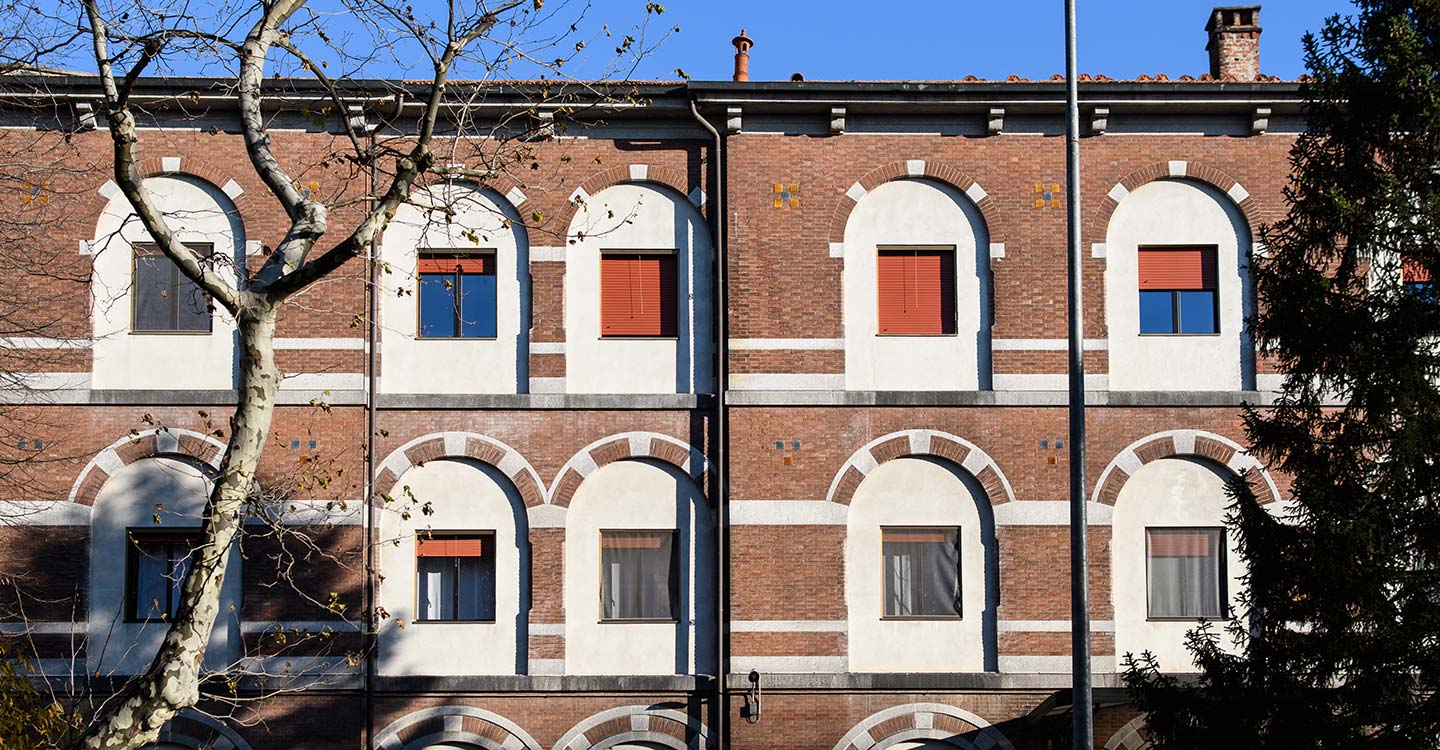 The new San Giuliano hospital was founded after a competition in 1900, when the Administration saw that the spaces of the old building in the former Convertite convent were insufficient.

The new facilities, designed by the engineers Gardella and Martini from Milan, represented the most advanced hygienic and sanitary design available at the time.

Following examples from Germany, England and Italy (the Mauriziano in Turin and the Policlinico in Rome), and mindful of the evolution of medical and hygienic science, they designed a structure with four pavilions, with one storey and a basement, in a comb layout linked by covered walkways, capable of accommodating up to 120 patients.

The two-storey entrance building facing the street was intended for general services. Particular emphasis was given to the orientation of the pavilions, which faced east and west to facilitate the natural ventilation of the areas intended for patients.

It was inaugurated on 26 September 1905 and remained in service until 1979, undergoing continuous renovation and reorganisation of the spaces, with a change in use from a general hospital to a specialised facility (obstetrics and gynaecology).

It now serves as a school premises.