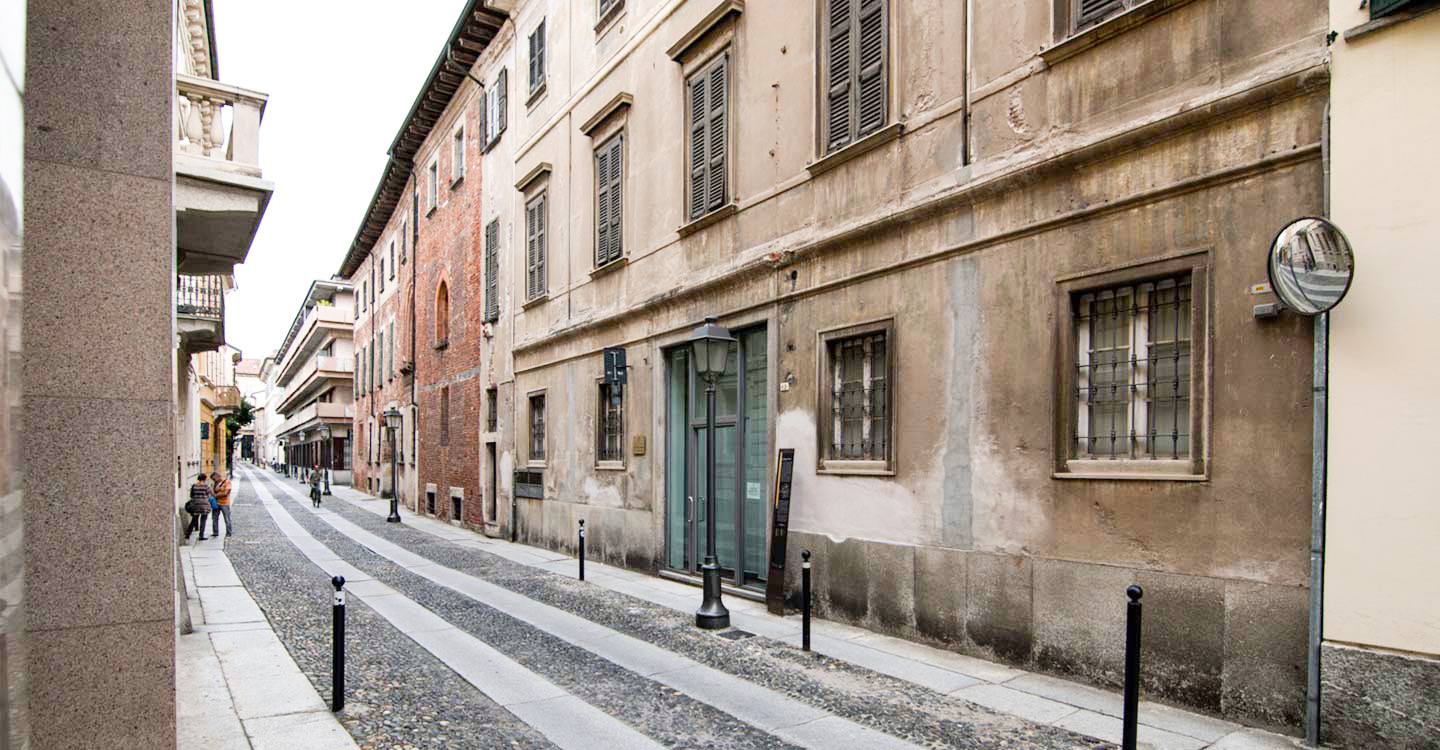 The Rognoni Salvaneschi House is the fourth stage od Line 2, which goes throught the XV and the XVI century.

In 1985 Alessandra Salvaneschi Rognoni entrusted the municipality of Novara with her family house and its belonings in her will. Since then, this buildings is part of the city tourist itinerary.

Rognoni salvaneschi House: a museum-residence located in the heart of the city

This buildings is actually an unification of private properies inherited by Francesco Rognoni. Ernesto, Francesco’s son, starts the collection, and his nephew Franz kept this legacy. In the fifties Franz managed to get the main section; it was a tower with a earthnware tile window, with above some lombard fringes.

Following the family’s will, the XV century appearence has been kept, and inside the rooms the decore recreates a XIV century- aristocratic look.

Alessandra Rognoni Salvaneschi’s legacy in 1985 is a proof of the bond between the people of Novara and their own town: she offered to the collective the XV century building, alongside the family forniture within. This building is located in one of the main street of the citycenter, where it can be recognised by the fascinaning red clay-brick facade.

The art applied collection and belongings are kept inside the rooms where Alessandra rognoni lived until her death. They represent the passion she shared with her husband Franz. The coulpe managed to collect the greatest possible number of documents about material colture they could gather about the environment if Novara.

The Rognoni-Salvaneschi museum-residence gathers an historical, artistic and cultural collection which holds many finds, some of them go back to the end of XIX century and the beginning of the XX century.
You can find laces, nineteenth-century embroideries, clothes, potteries, professional and domestical tools and many vitage toys.

Alessandra Salvaneschi Rognoni’s main word focused on women’s role and what they used to wear daily, by aristocracy and other classes.
It’s a time travel experience inside one of the most importat period of Novara, in the same years Antonelli was working on other famous buildings in the city.

Unfourtanely, the Rognoni-Salvaneschi museum-residence is closed to the public due to safety reasons,
but you can visit the Toy Museum in the exhibiting rooms at the ground floor of the builings.