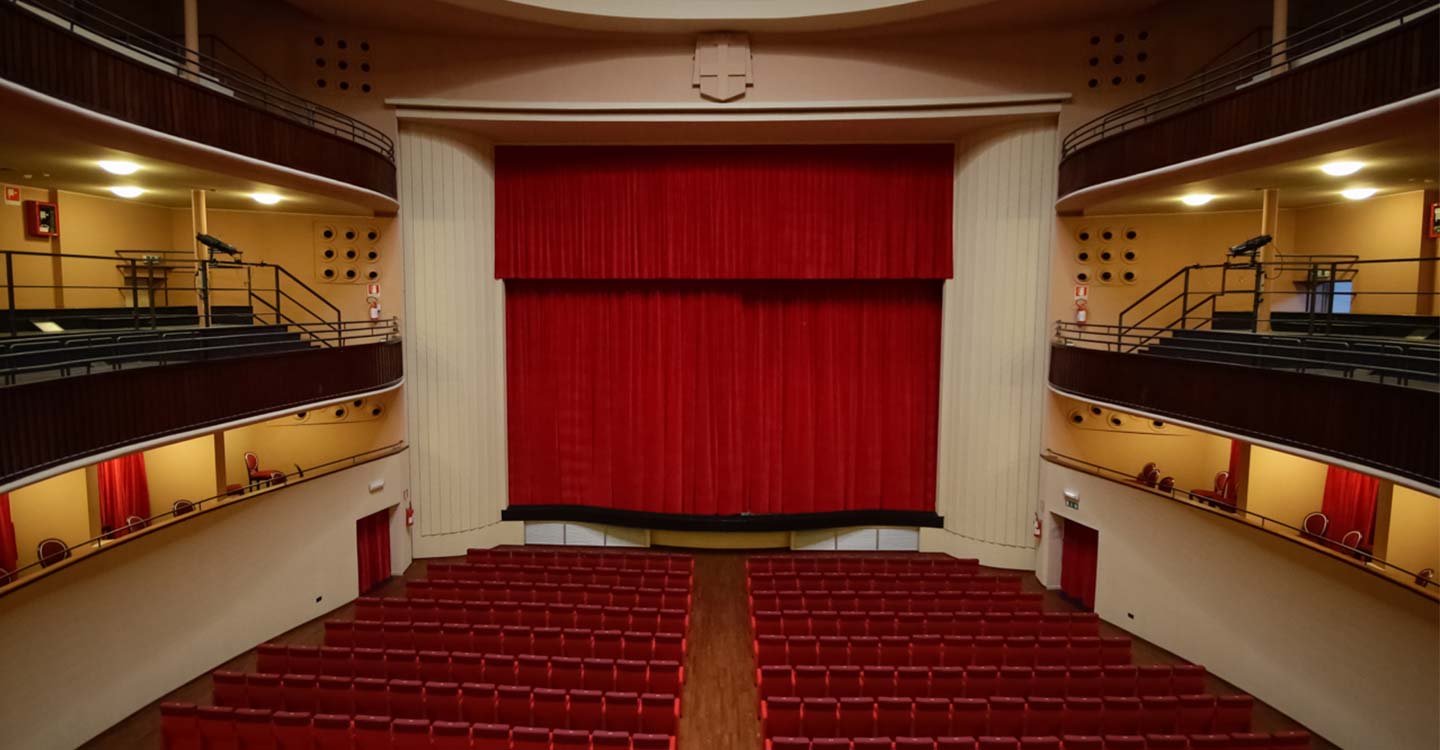 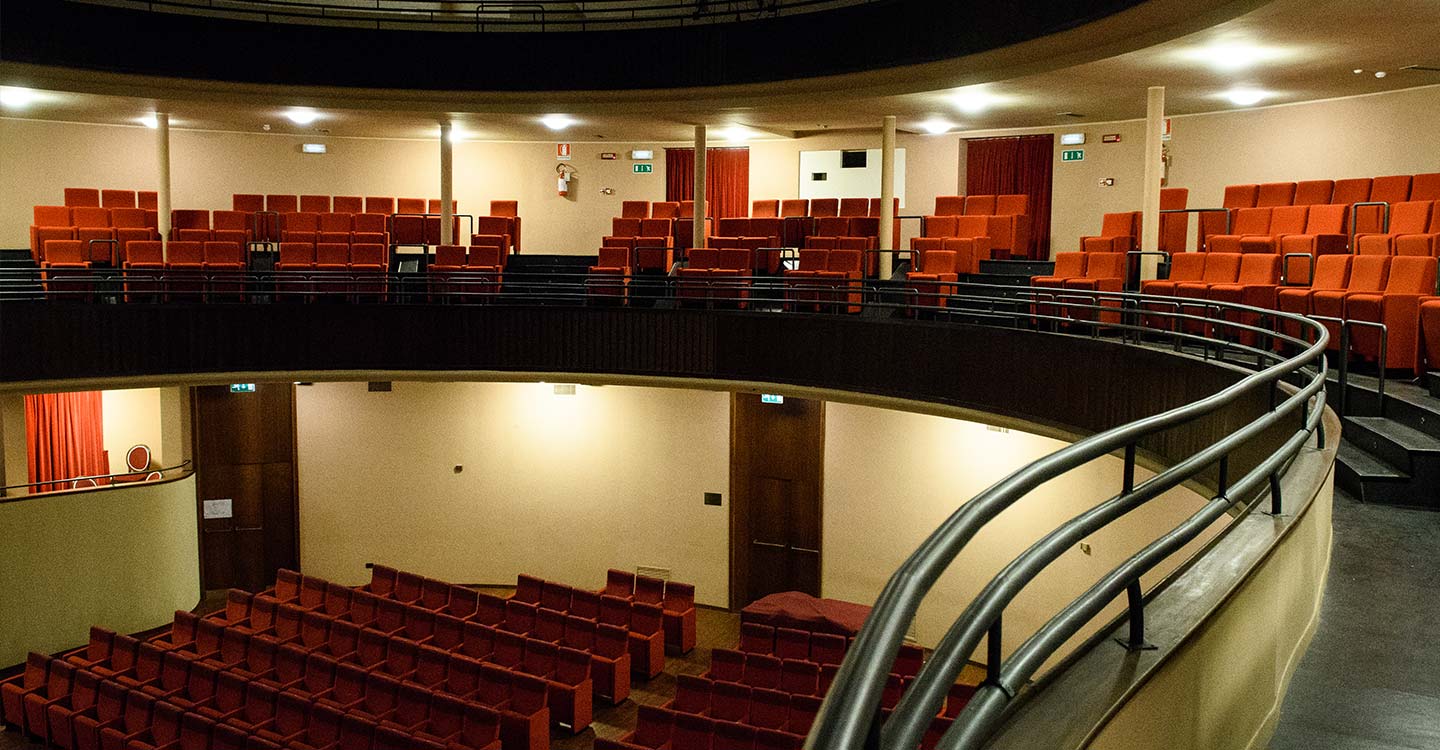 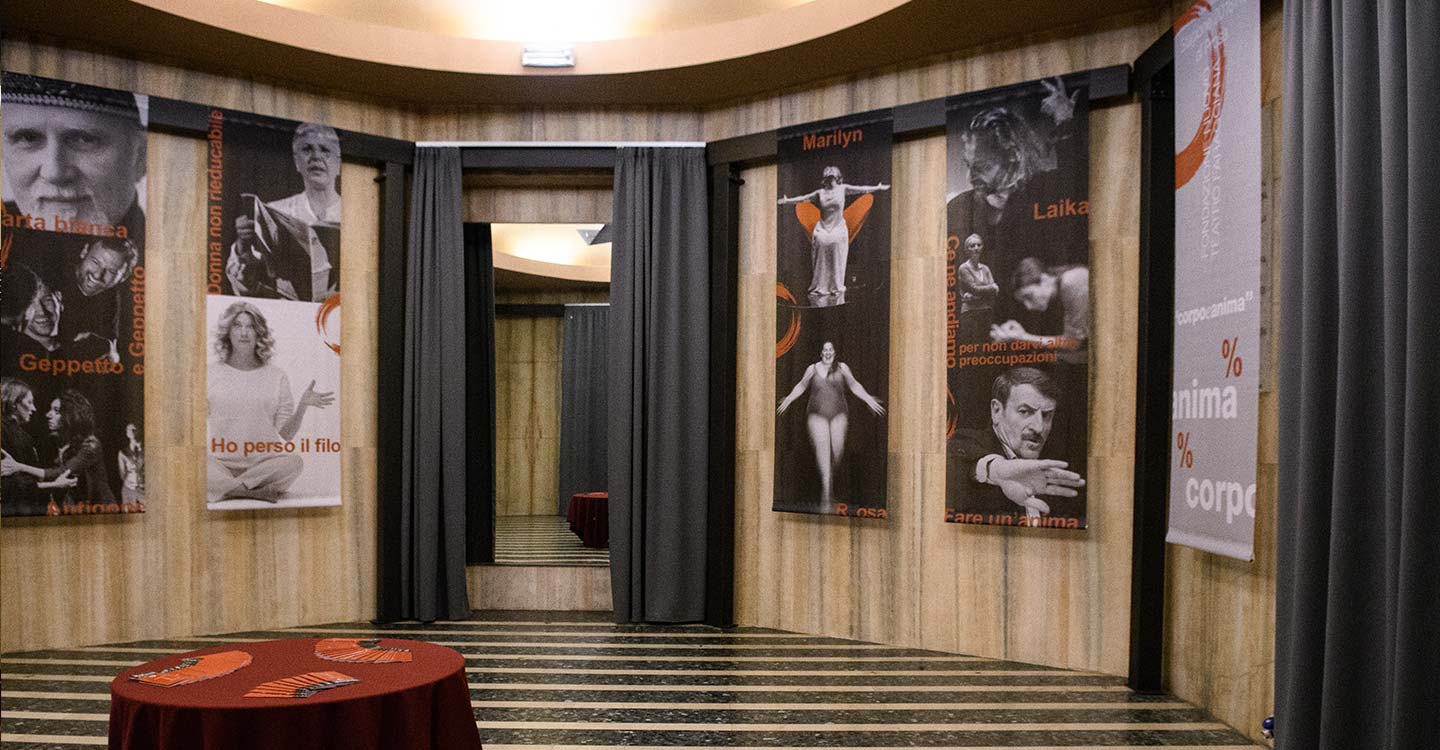 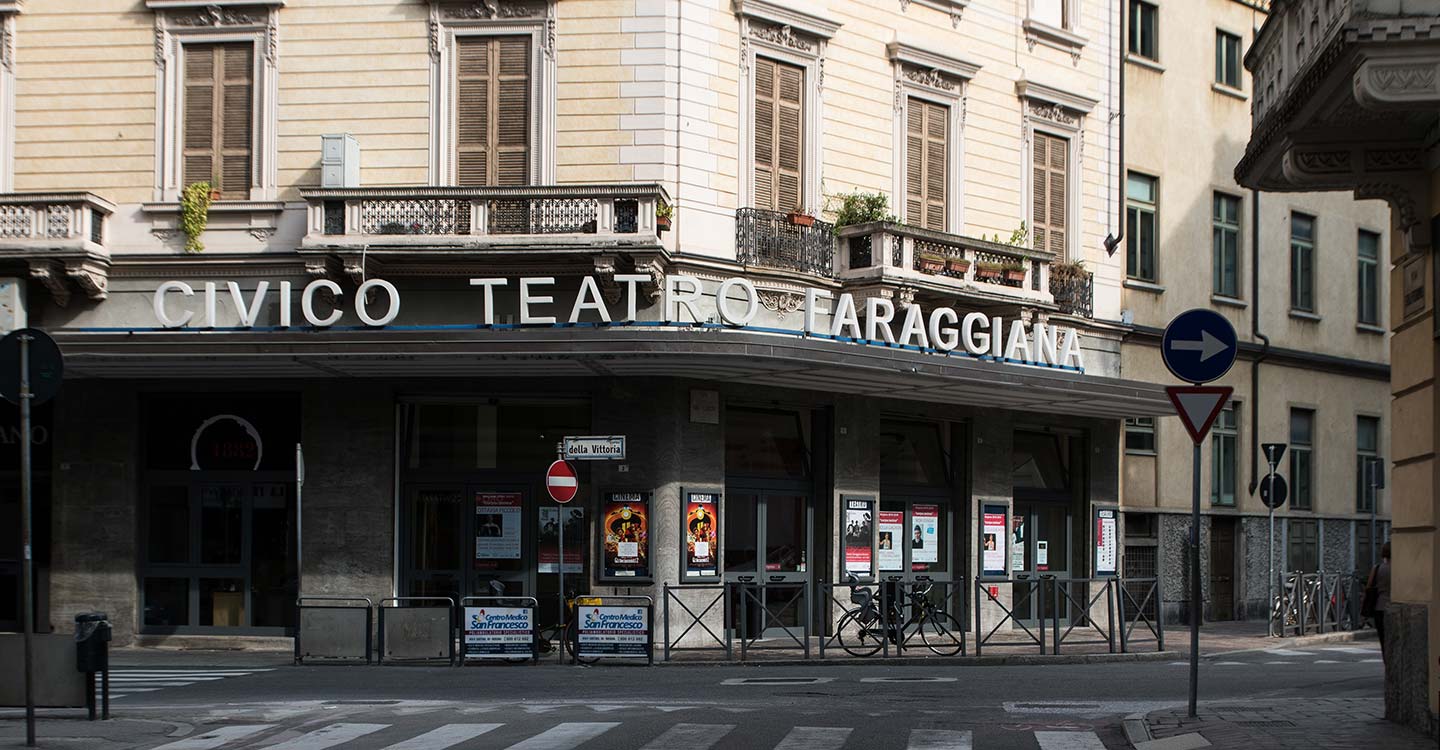 Ardently desired by the marquis Raffaello Faraggiana, who was in conflict with the Coccia Theatre after finding “his” box occupied, the Faraggiana opened its doors in 1905.

The original design, produced by the architect Giuseppe Oliverio (who also designed the Coccia Theatre), included a structure similar to an arena, capable of hosting shows with horses and trained animals; the hall could hold up to one thousand spectators, accommodated in a finely decorated setting.

In 1911, the theatre was donated to the City of Novara, together with “the adjoining coffee bar… on the condition that it remains as a theatre and always retains the same name”.

In 1934, it underwent major renovation based on a project by the Hungarian architect Eugenio Faludi.

The work included structural repairs, the replacement of the staircase to the second balcony, a new dome, redesign of the foyer and the construction of the façade on Corso della Vittoria, enhanced by a curved canopy.

The Faraggiana Theatre emerged from the refurbishment with a completely new modern look, in a Rationalist style.

Part of the theatre was destroyed by fire on the night of 12 December 1940, when scenery was lost, together with stage equipment and wooden structures. It did not re-open until 1942.