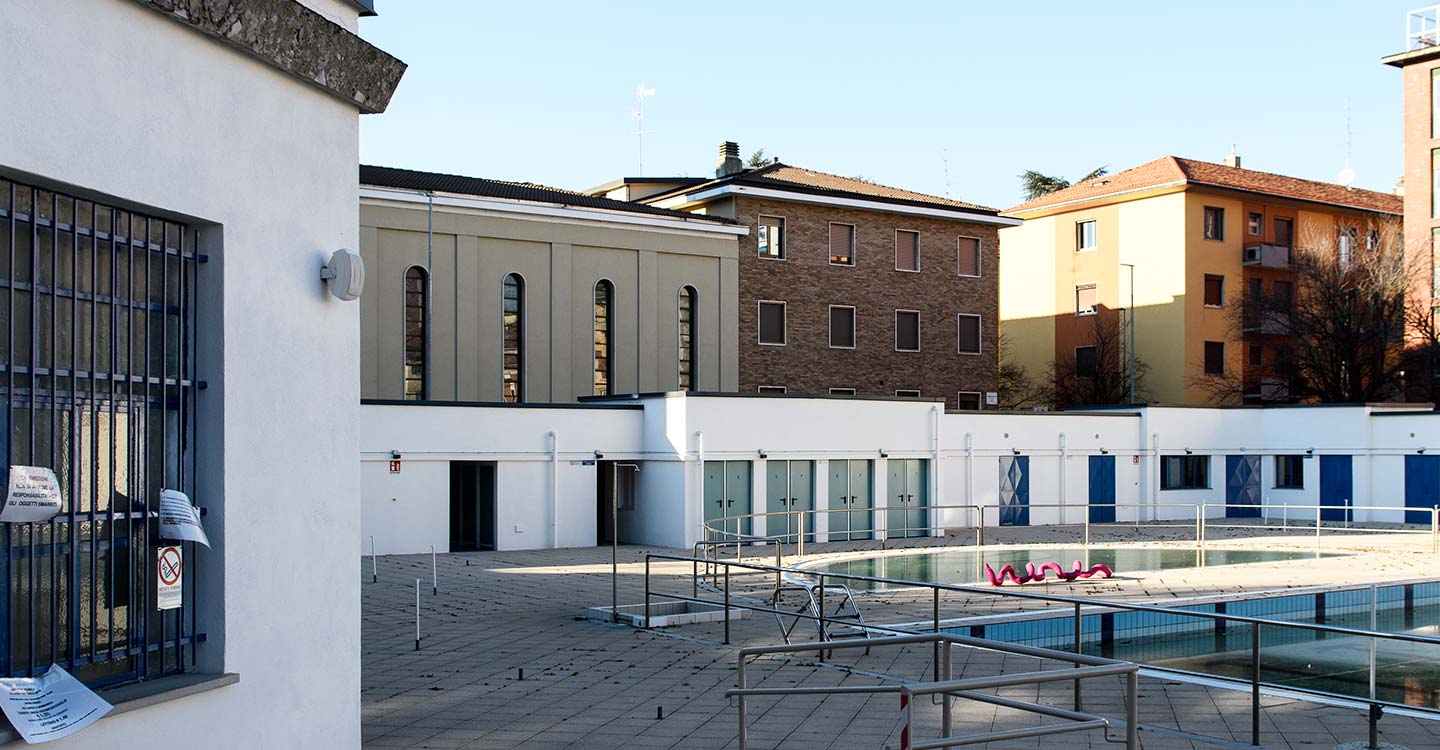 On 19 August 1906, the “baths and swimming pool” were opened to the public on Via Solferino, below the scenic Baluardo Quintino Sella.

The pool, originally filled from the Ricca canal, had a lower poolside level than the present-day one; it was surrounded by a leafy garden, designed to shade it from the rays of the sun, as the dictates of the time recommended milk-white skin, in contrast to the characteristic tanned skin of labourers.

The lobby was dominated by a statue of The Bather and featured a finely decorated horseshoe-shaped portal. Two oriental-style pavilions stood on either side, housing the ticket office and the buffet, run by the Braga family, who also managed the Faraggiana Coffee Bar.

In the 1930s, the facilities underwent major alterations to adapt them to changing needs: the pool was raised to the level of the surrounding terrain, the trees were cut down and the two pavilions were drastically redesigned, with the removal of all the Art Nouveau decorations in favour of a Rationalist compositional language; the entrance portal was replaced by a more sober colonnade.