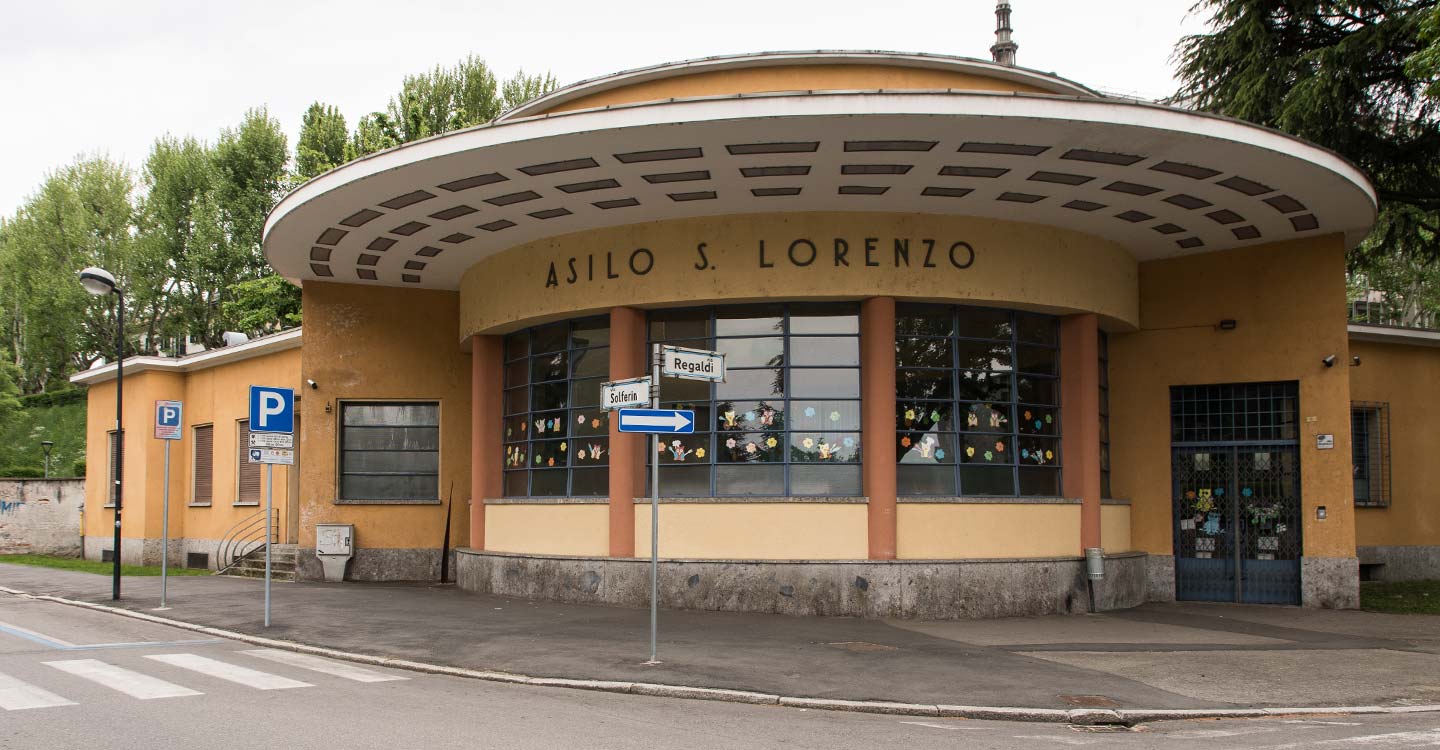 The new premises of the San Lorenzo Kindergarten, which were built in 1934, were designed by the engineer Cantoni, head of the City’s Technical Office, following a resolution of the podestà requiring its relocation for the construction of the Ugo Ferrandi elementary school.

Designed to accommodate about 120 children, it was located in a green area on the city outskirts to meet the technical and hygienic requirements laid down by the new rules of 1925 on the design of kindergartens.

The structure, which blends harmoniously with the urban setting at the foot of the ancient medieval bastion, is a significant example of the neofuturistic architecture inspired by Antonio Sant’Elia.

The building, composed of simple spaces, has a predominantly horizontal development and its main characteristics are its extremely dynamic overall appearance, the expressive use of colour and decoration, direct communication between the rooms and the predominance of light, emphasised by the use of large windows and glass blocks.

The cylindrical main body, the recreation room, is the element of distribution for all the functional, educational, reception and service areas. Its flat roof is designed with a system of beams that cross to form a “ten-pointed star”, originally featuring a central skylight. As a result of recent renovation work, this has now been replaced by a glass pyramid.