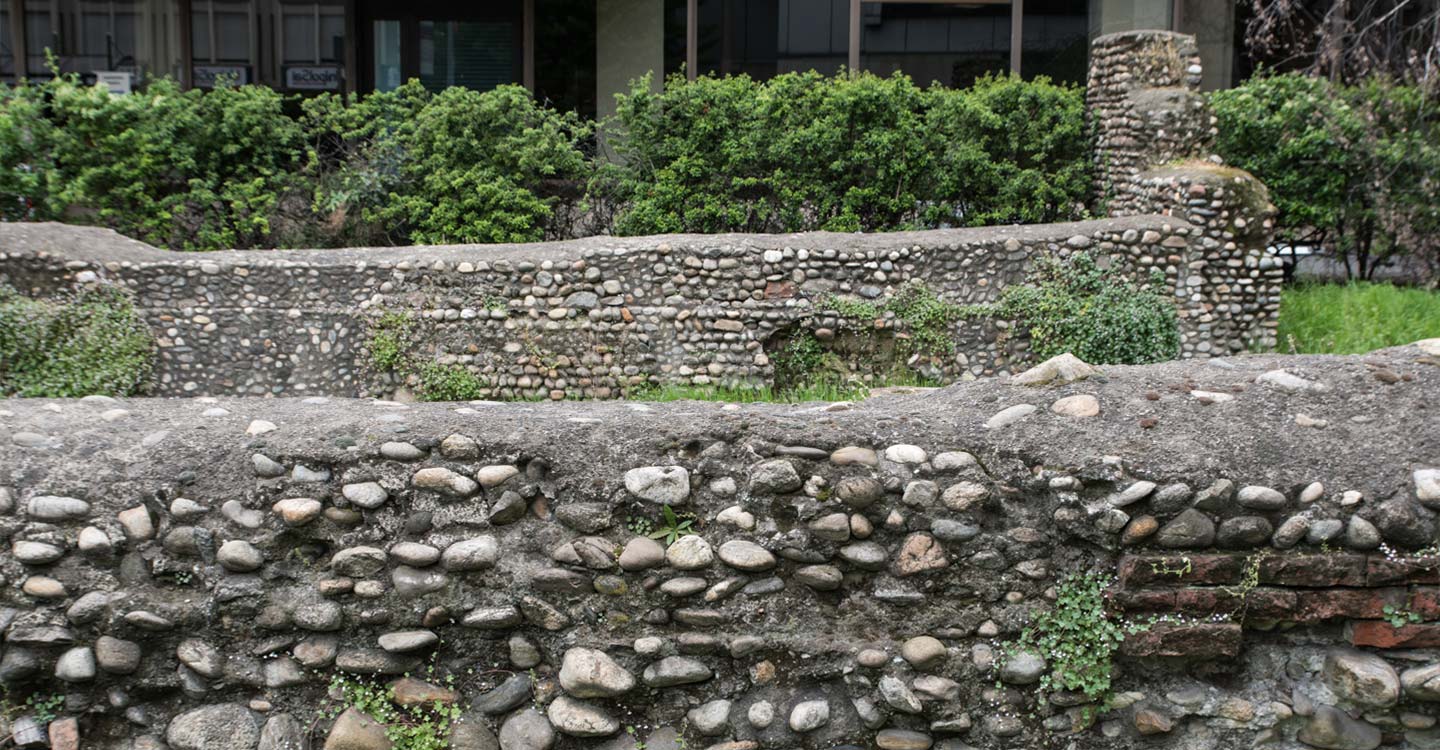 In 1970, during excavation work for the construction of a building, a large section of the Roman city walls were unearthed, critically dated to between the 1st century BC and the 1st century AD.

The creation of the municipium of Novaria in 42 BC was the final stage in the process of Romanisation of a densely inhabited part of western Lombardy, which had been characterised throughout the Iron Age by scattered village settlements.

The layout of Novara’s city walls deviates from the four-sided castrensian regularity and adapts to the configuration of the local terrain, with oblique stretches forming a polygonal area. This pattern is noticeable in the deviation towards the west, reflected in the present-day road from the bend of Baluardo Quintino Sella.

The opus mixtum construction technique, with river cobbles laid in mortar and interspersed at regular intervals with double courses of brick, is also found in other municipalities in Piedmont.

A deposit of 297 amphorae of various shapes and types was discovered beside the city walls. These are connected with the construction period and were put in place to drain and regulate the flow of water in the area.

The creation of an opening in the wall and steps, and traces of a late Roman-era building, are all from later stages of settlement.