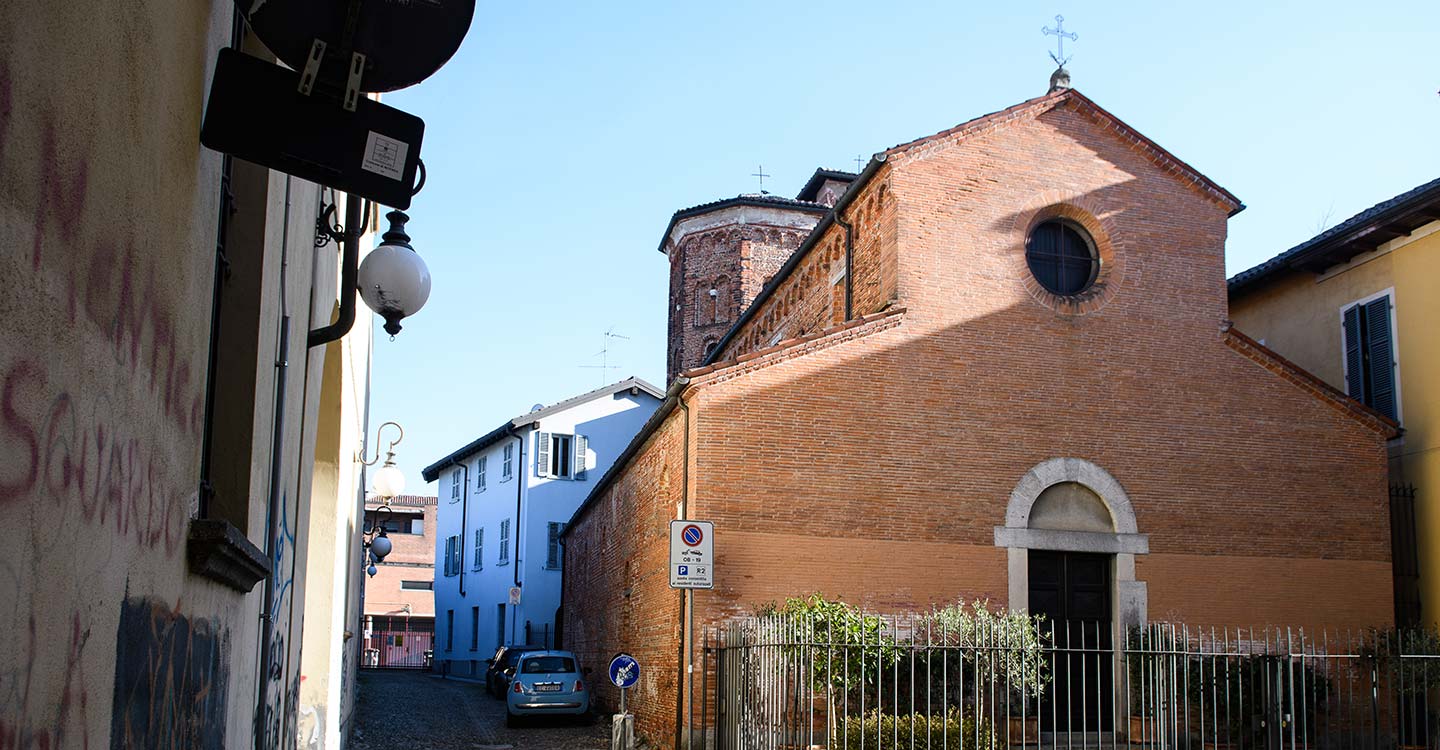 The church is the only sacred building still existing of the eleven listed by the bishop Litifredo in 1124.

The restorations carried out between 1953 and 1960 recovered the original Romanesque appearance, removing additions from subsequent eras, including the baroque stuccos on the façade and the double vault of the lantern tower, with frescoes by Lorenzo Peretti (1774-1851).

On the church’s exterior, traces of the original construction can be seen in the type of brick masonry, the simple tiered façade and the hanging arches resting on terracotta corbels of various shapes, running along the side beneath the eaves of the roof. An interesting architectural feature is the high octagonal lantern tower illuminated by opposite pairs of single and double lancet windows.

The layout, composed of three naves, each with four cross-vaulted bays, features a non-protruding transept. The pillars are set on square monolithic bases and have Angera stone capitals with simple stylised decorative motifs.

The interior of the Church preserves traces of frescoes in the apse and a fragment with the Nursing Madonna, attributed to the circle of Daniele De Bosis, a painter active between 1479 and 1526. The two angelic heads above the throne were added during the 18th century.