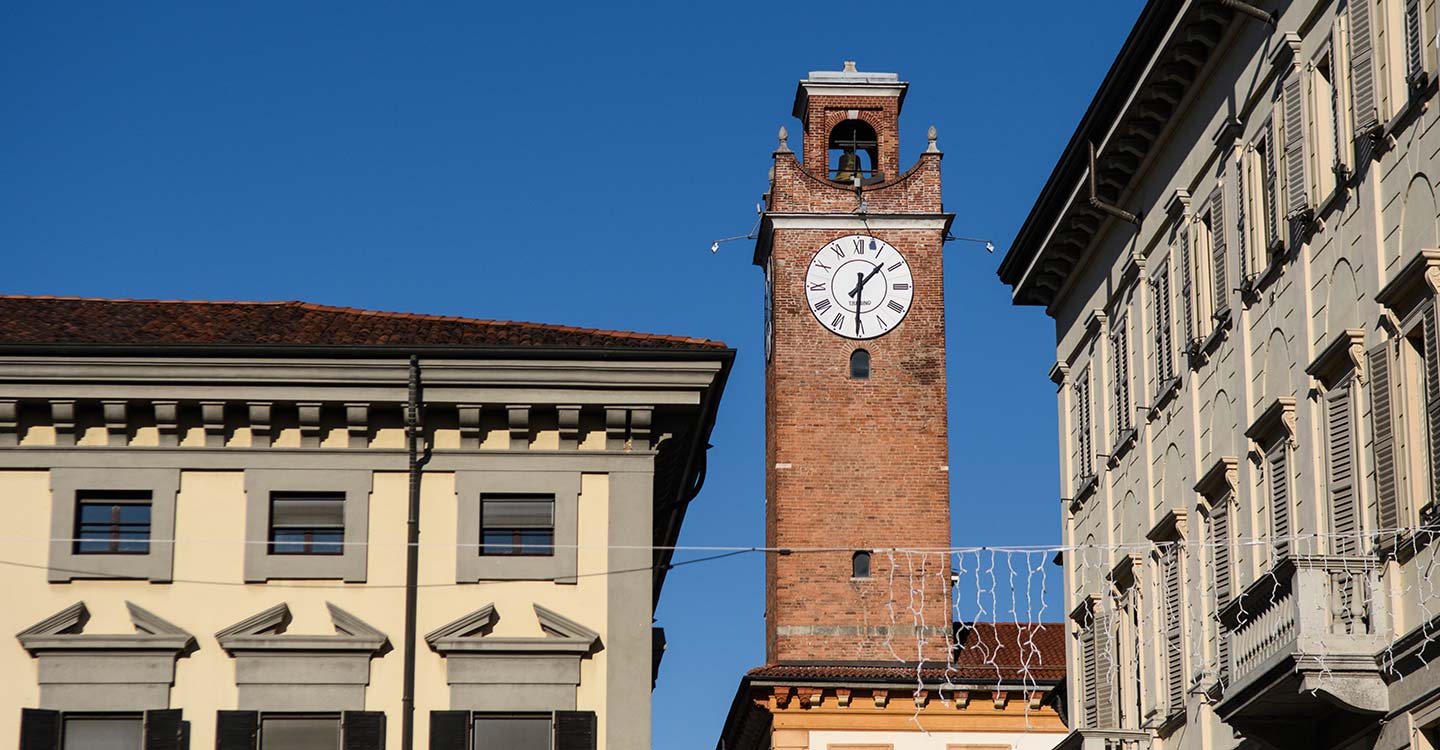 A medieval tower, mentioned since 1268, is incorporated in the southwest corner of the four-sided Palazzo Natta. It is a surviving relic of the ancient city buildings and characteristic of the area, which in former times was known as the “district of the long towers”, due to its walled residences fortified with towers.

These were used by the families of the feudal nobility to store supplies, precious objects and their archives, which allowed them to exercise economic, legal and political power.

The system of alliances and military events involved the demolition of the houses of defeated opponents: the “guasto”, i.e. the ruined building, would be left exposed as a warning of shifting fortunes.

The Natta Tower shared the building’s history and changes in ownership. From 1873, by decree of the City authorities, the tower housed the clock from the Church of San Carlo, which had stood opposite the City Hall until it was demolished; this was followed by the addition of the crowning element, designed by the engineer Dell’Ara.

According to tradition, it is shaped like a shoemaker’s bench, in homage to the city’s oldest and most powerful guild. Its two large bells, from whose midday peals all the city’s clocks were set, were destroyed in 1941.