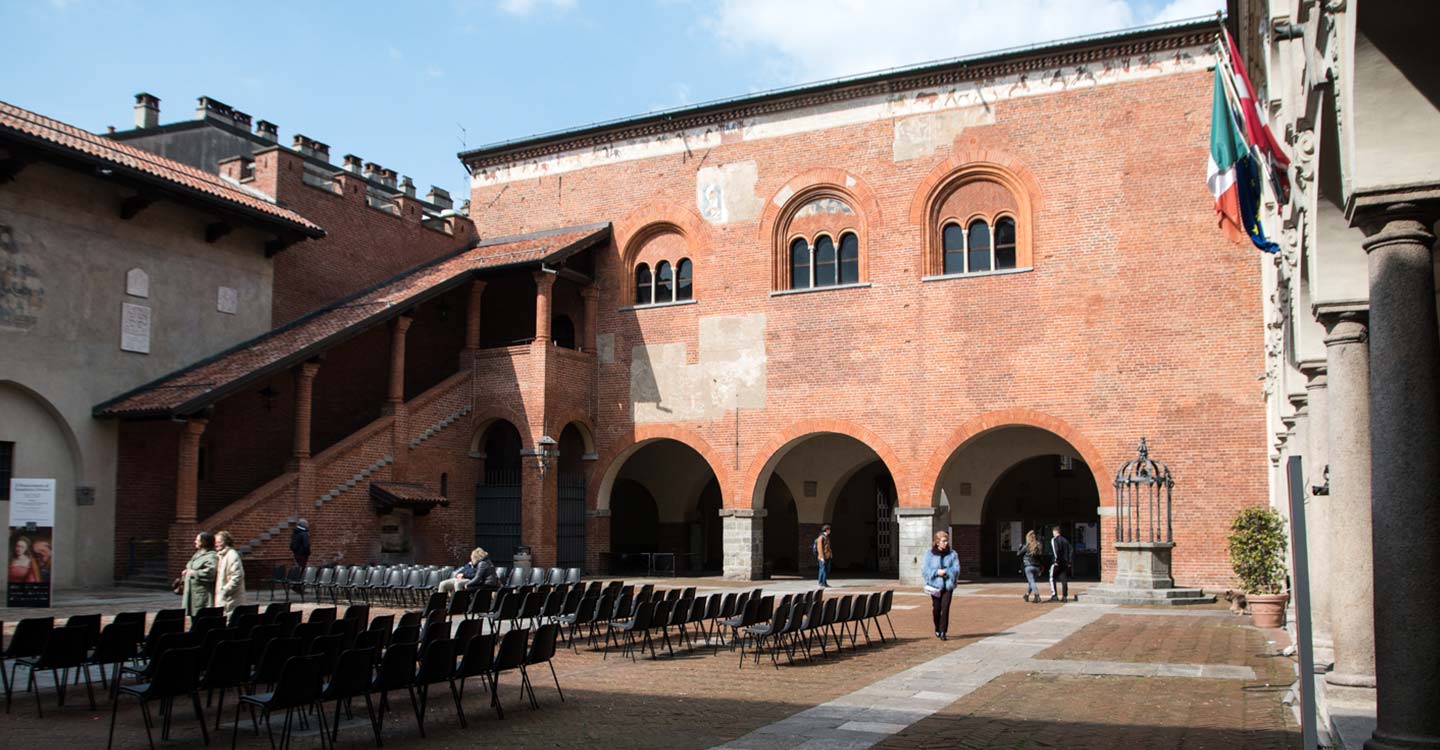 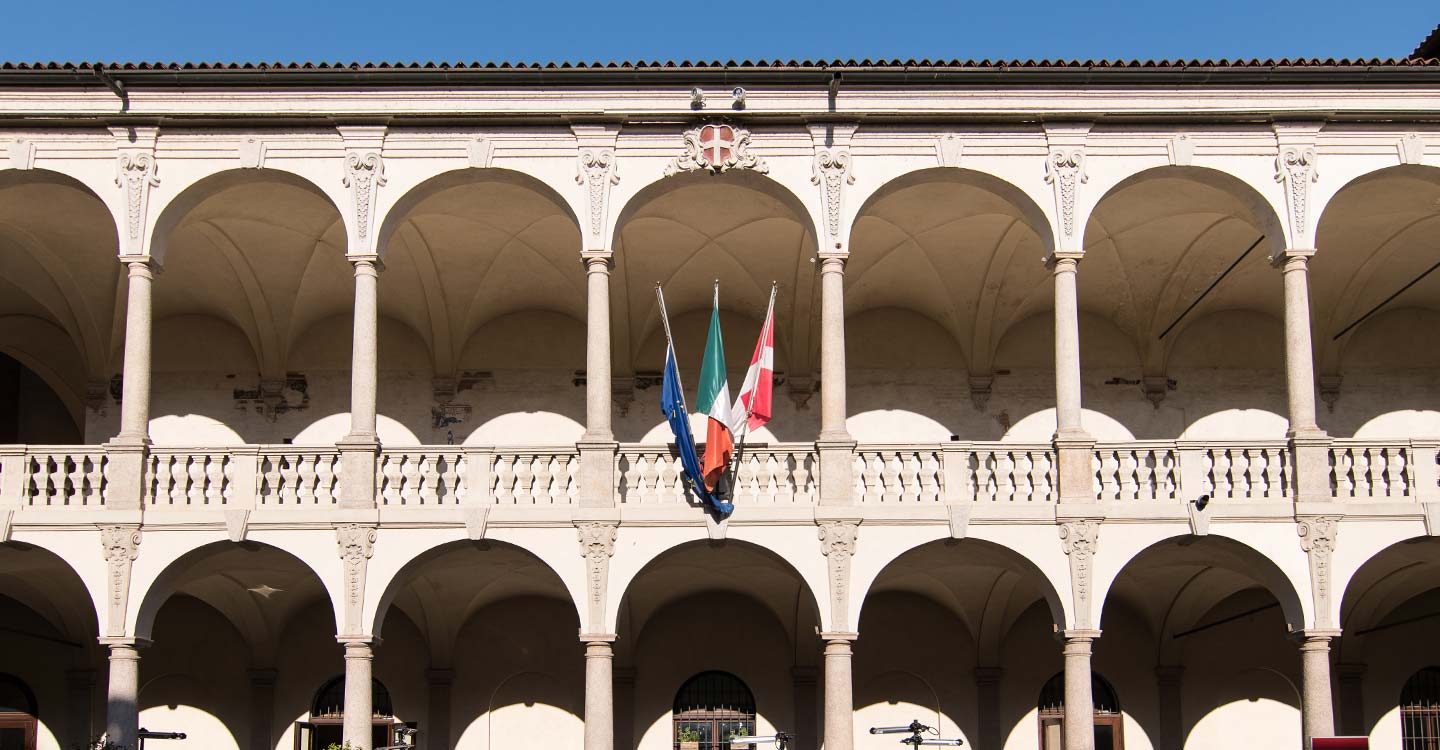 The Broletto complex is composed of four buildings: Palazzo dell’Arengo to the north, with its imposing medieval forms (13-14th century); Palazzo del Podestà to the south, with pointed arched windows and terracotta frames (late 14th, early 15th century); it is flanked to the east by Palazzo dei Paratici (mid-13th century), concealed by the Baroque loggia; and to the west stands Palazzo dei Referendi (14th-15th century), which was renovated in the 20th century following the style of the 15th century.

These were the buildings where the city’s public affairs were conducted: consuls were elected, the market was held, notices were proclaimed and the condemned were exposed in the stocks.

The buildings later housed the offices of the city administration and, from the 1800s, the judicial offices. Although construction works were carried out continuously, those from the 19th century left the ancient structure almost unrecognisable.

The works, directed by Melchioni and Orelli, distorted its features and interfered with passageways, doors and windows.

The restoration work by Bronzini and Lazanio between 1926 and 1936 was inspired by a renewed sense of the city’s past, prioritising restoration of the medieval features rather than the Baroque additions, and transformed the Broletto into a museum site.

Since the most recent restoration work, it houses the renovated Giannoni Gallery and the Salone dell’Arengo, designed to host cultural events.