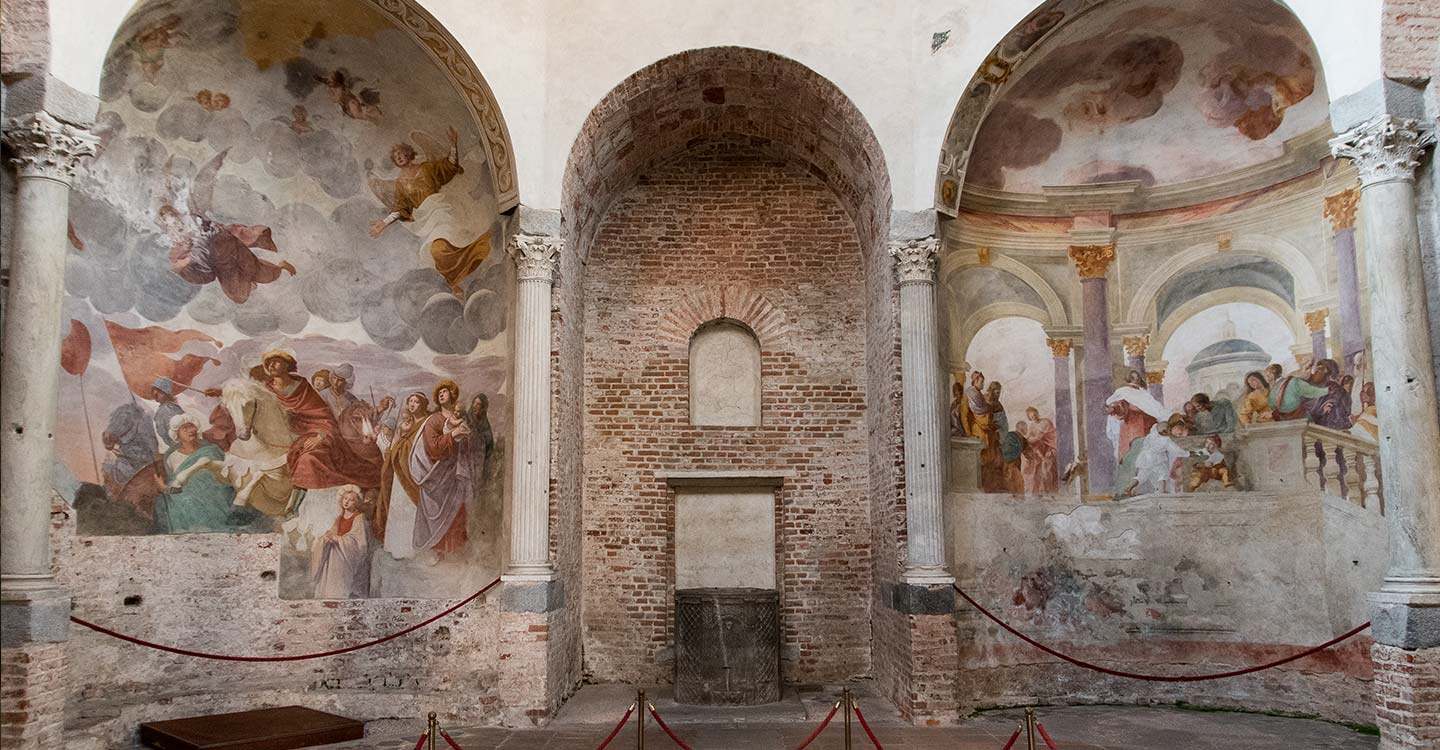 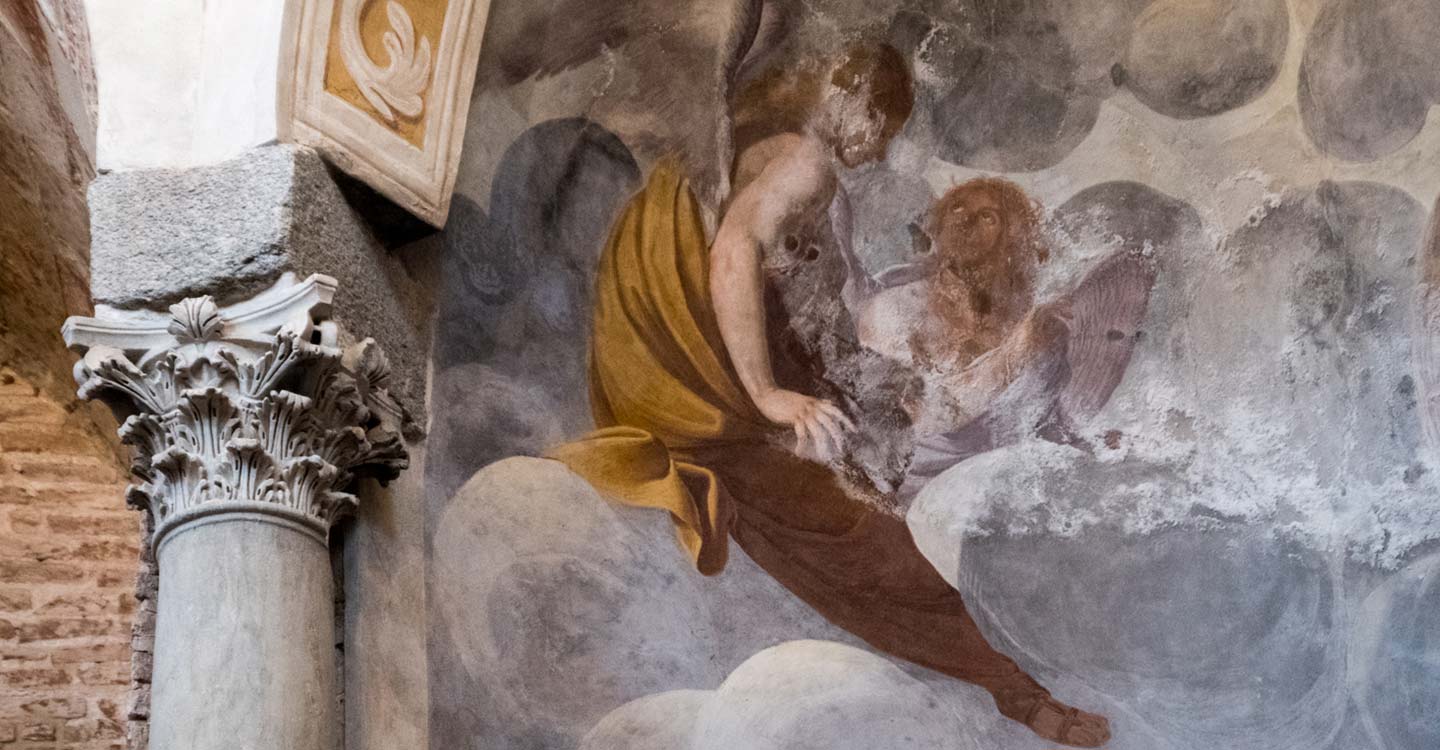 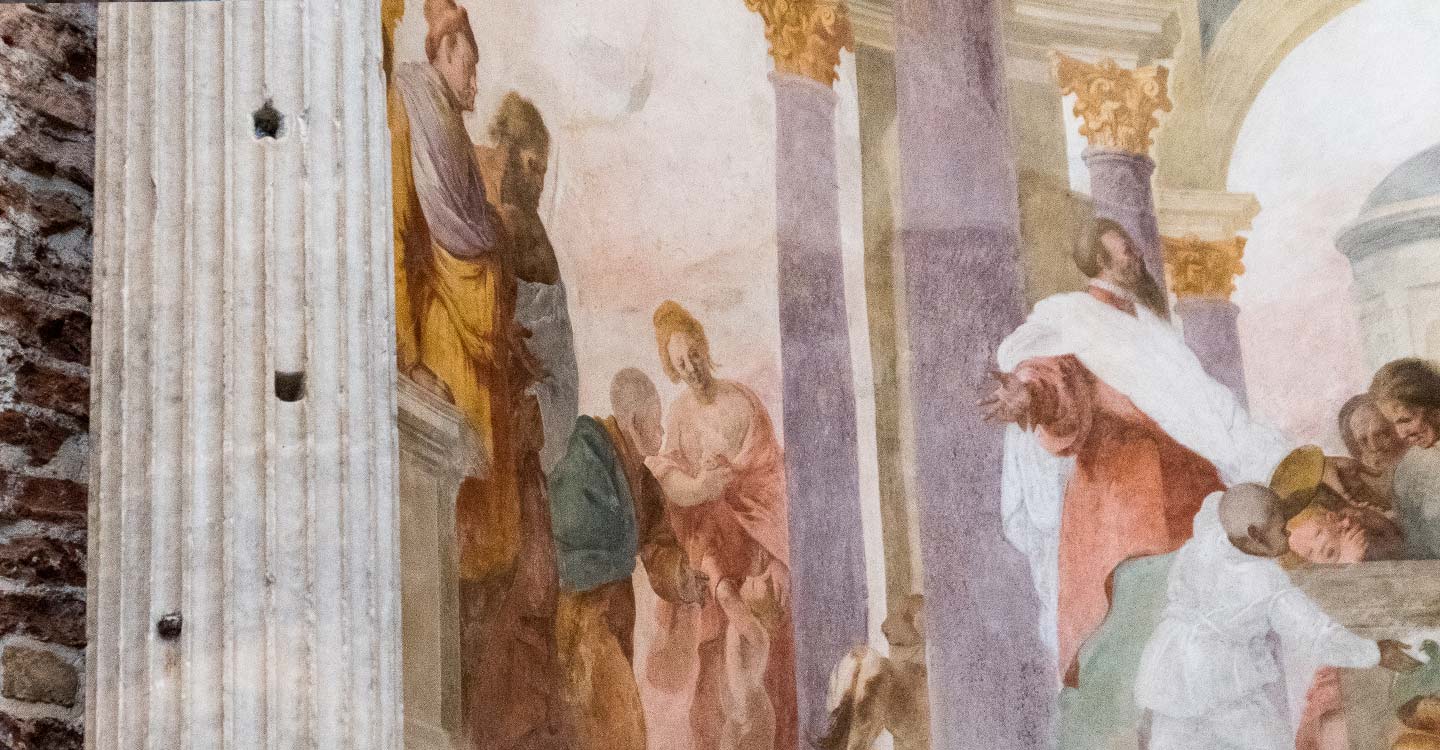 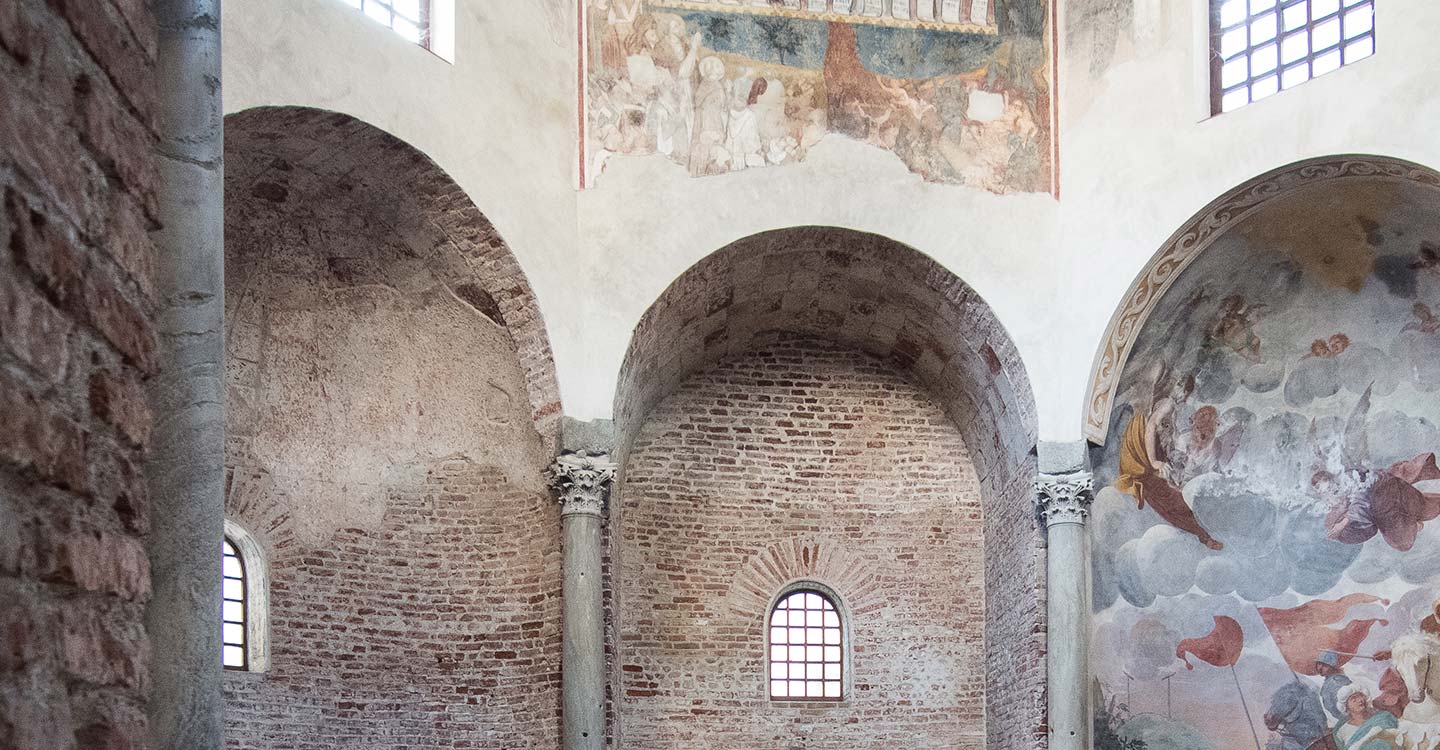 Spared from Antonelli’s renovation of the piazza, the baptistery is the earliest Christian monument in the city. The building’s foundation dates back to the early 5th century, on a site already occupied in Roman times, as confirmed by finds from below floor level.

Its octagonal floor plan is divided into alternating rectangular and semi-circular apses, forming a cruciform layout.

Marble Corinthian columns from a Roman building have been used within this, resting on the load-bearing masonry structures. The remains of the octagonal pool used for baptism by immersion can be seen in the centre. The 2nd-century AD Roman funerary monument to Umbrena Polla, located in a niche on the west side, was subsequently used as a baptismal font.

In the lantern tower, added during the 11th century, a cycle of frescoes based on themes from the Apocalypse still survives, providing a rare example of painting from the Ottonian era. On one of the eight sides is The Last Judgement by Giovanni De Campo, painted in the mid-15th century.

The interior decorative scheme was modified in the 1600s, with the addition of terracotta statuary groups from the 17th-19th century portraying scenes from the Passion of Christ, including one by Giovanni D’Enrico (1559-1644), which are now housed in the museums of the Novara Cathedral canonical residence. Some frescos from the old layout of the baptistery still remain on its interior walls, including one by Pier Francesco Gianoli (1624-1692).