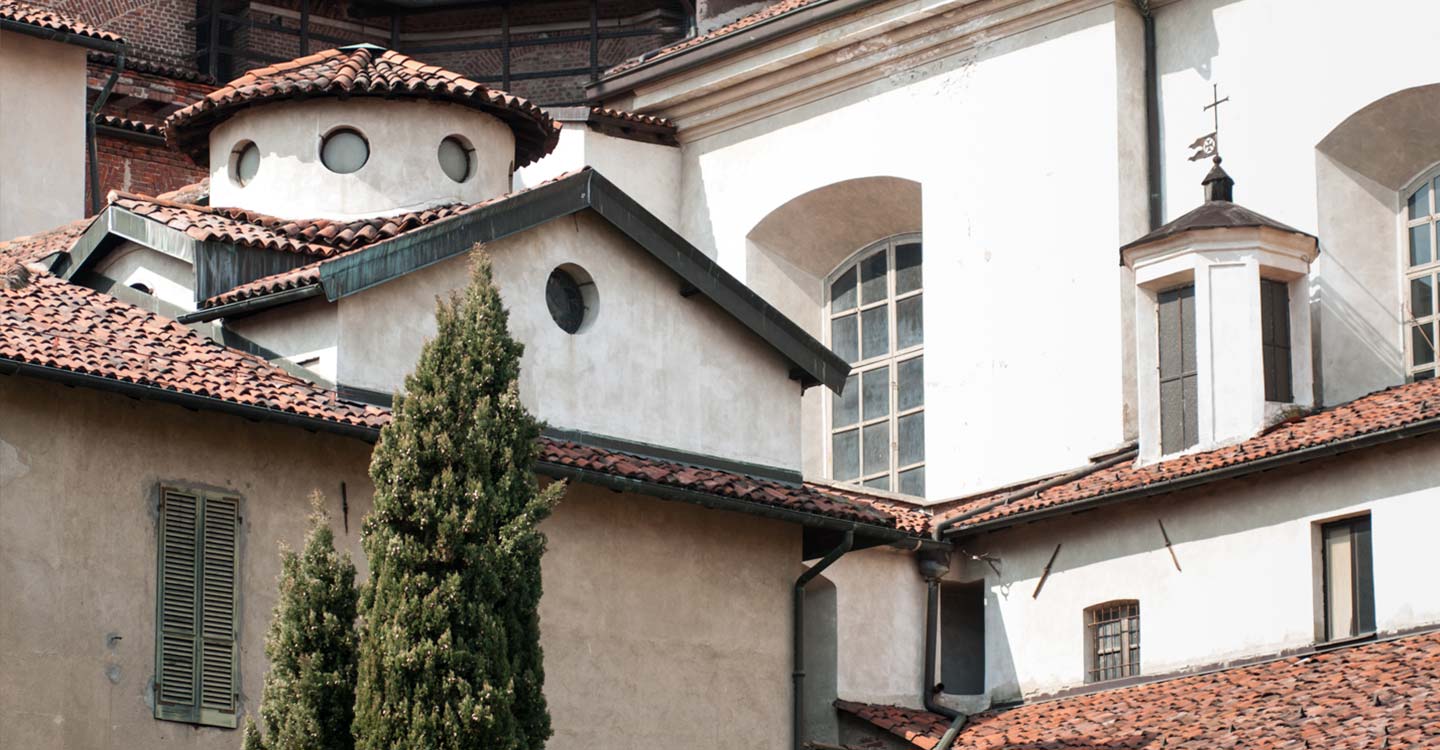 In the time of the bishop Litifredo (1123-1151), a “claustrum” was built in this area to accommodate the clerics of the Church of Novara. Three sides of this large courtyard were lined by residences, with the Bishop’s Palace standing on the west side.

Towards the mid-15th century, the canons’ residence was extended with the construction of the portico, in successive stages. An elegant loggia was also built beside the Bishop’s Palace, but was subsequently closed between 1476 and 1486 to build the hall of the capitular library.

The north wing, with masonry featuring reused bricks laid in a herringbone pattern, appears to be the oldest. The composition of the vaults reveals various phases of construction, while the ogival arches give the complex a uniform character.

Traces of the original decoration remain in pictorial fragments and terracotta tiles that once formed the window frames.

Along the walls of the four-sided portico is a collection of Roman monuments, headstones and epigraphs, which was started in 1813 by the canon Carlo Francesco Frasconi and formed the first lapidary museum. The original exhibits, now replaced by copies, are housed in the museums of the cathedral canons’ residence, located within the complex.