Roman Remains in Via Solaroli 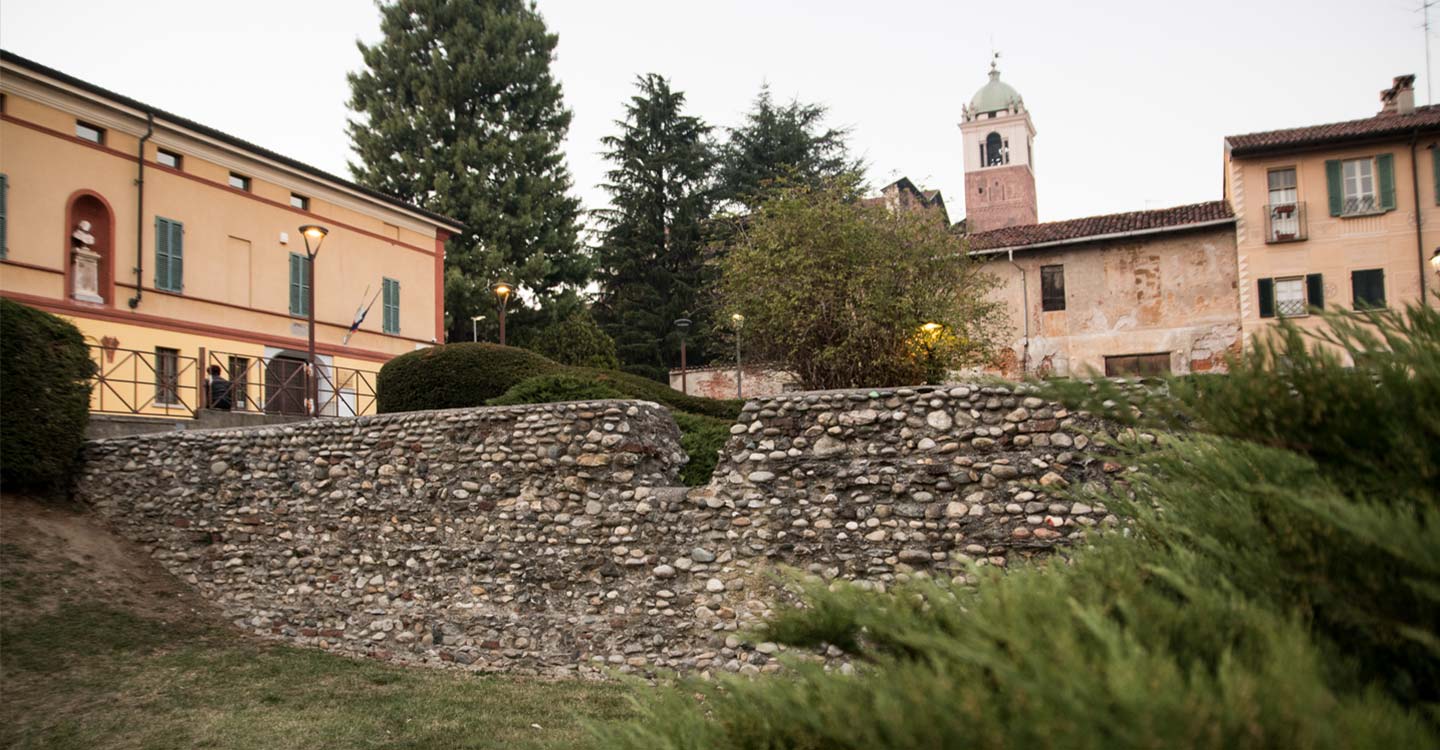 A section of the south side of the city walls was unearthed during work on foundations and subsequent excavations (1982-1983). Together with the findings in Piazza Cavour, this provides the clearest trace of the Roman city structure.

In Novara, the layout of the walls veers away from the regularity of the four-sided plan that characterises colonial cities, and adjusts to the configuration of the terrain.

The northwest perimeter, with numerous corrections of alignment along Baluardo Quintino Sella, arrives at Piazza Cavour and then veers off towards the castle. Also in this area, the walls deviate from their straight path before joining the section that was discovered in via Solaroli.

The terrain here, compromised by multiple subsequent construction works, does not preserve the original stratigraphic layers. Excavations have unearthed abundant ceramic material dating from the Roman period to the Middle Ages, the Renaissance era and up to the present day, confirming the continued use of the area throughout the centuries as a vibrant and populated urban centre.