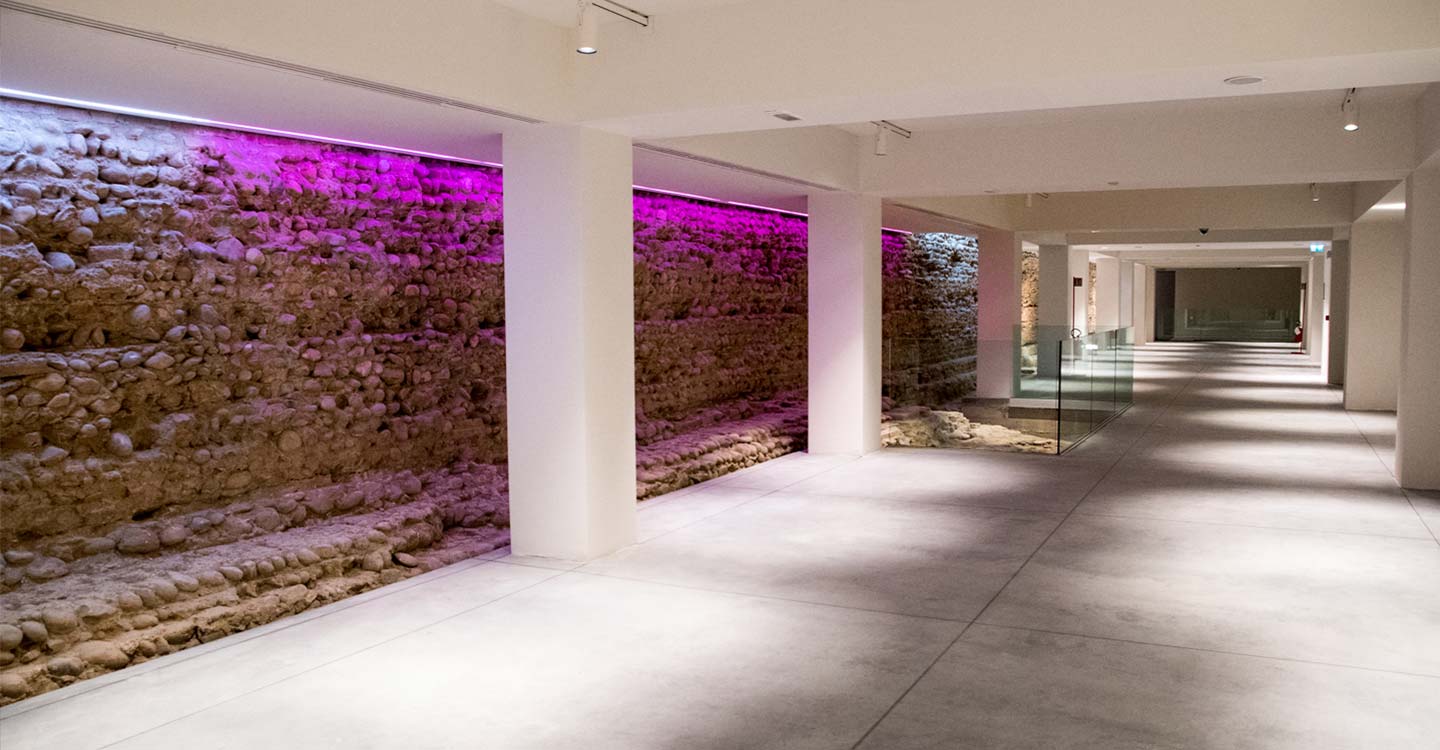 Due to its strategic position, Novara was an important defensive bulwark against attacks from the north along the line between Ivrea, Vercelli and Milan.

The irregular pentagonal shape of Roman Novara was due to the configuration of the terrain, with uneven ground levels requiring adjustments to be made during the construction of the fortifications.

Their existence is confirmed by Liutprand of Cremona as early as the 10th century, and by a diploma granted by Otto I on 18 April 969, which mentions both the court and Novara castle, located near the city wall. Its structure was an avant-corps about 60 metres in width, probably four-sided and projecting outwards, like a “tooth”, about thirty metres from the straight line of the southern section of the city walls. The Roman structure, built with river pebbles and large 1½ foot rectangular bricks, can still be seen in the basement of the new west wing, inside the castle courtyard.

Therefore, the oldest fortifications are located in this section of the city, which underwent further fortification work between the 5th and 6th century, whereas the buildings visible today date back to the 12th century. This was the ancient foundation on which the Visconti-Sforza Castle evolved during the Middle Ages, with its origins dating back to the walls of the Roman city, of which it occupies the southwest corner.