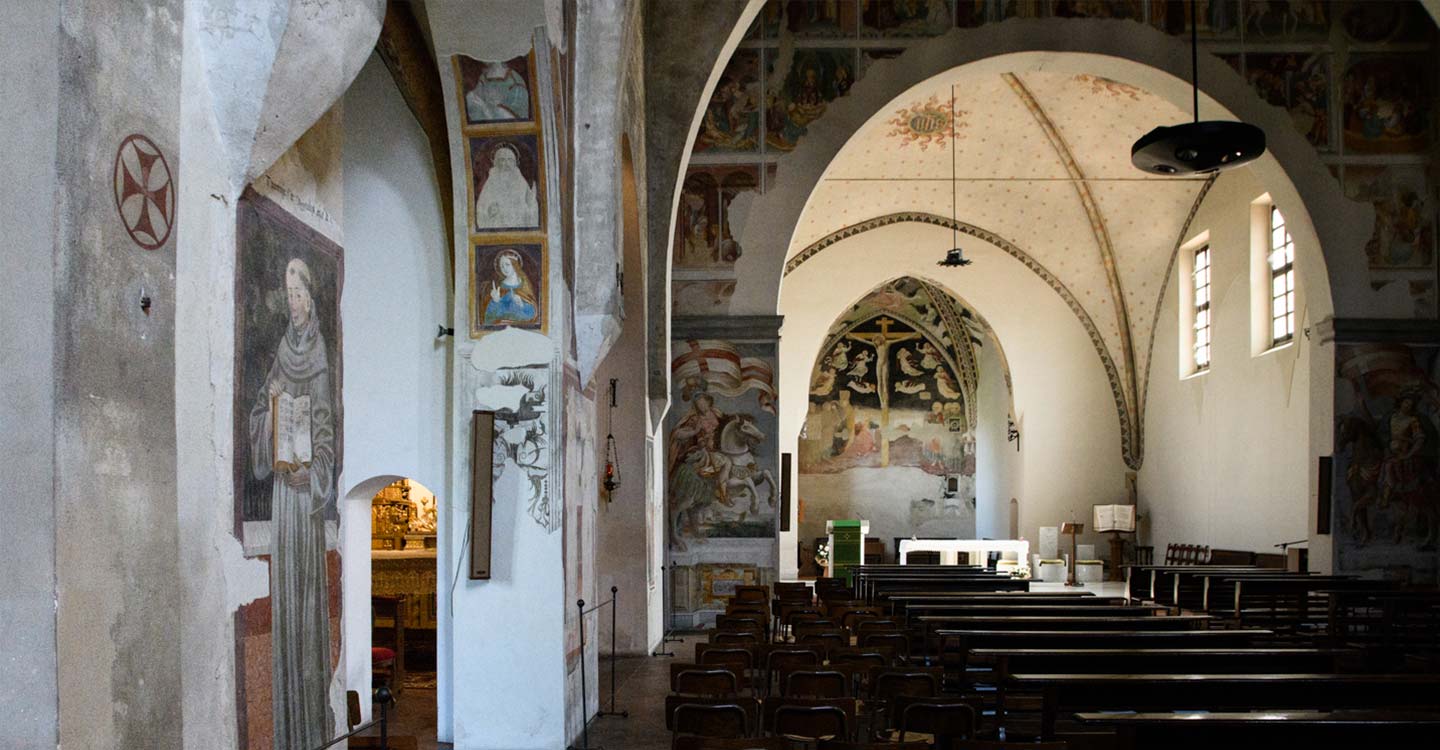 This is one of Novara’s oldest churches, already documented in 1124 at the time of Bishop Litifredo. Entrusted in 1256 to the Poor Clares of San Pietro di Cavaglio, who remained here only until 1263, San Nazzaro was taken over by the Franciscans in 1444.

Its present-day structure was established at that time, with renovation and extension of the apse area and the addition of the presbytery and choir; the lateral naves were also removed and the chapels were added.

In addition, the decorative work proceeded in various phases spread over time: the oldest works (the Lamentation over the Dead Christ in a small room adjacent to a chapel on the right, and the late-Gothic decorations in the first chapel on the left) are augmented by others commissioned by the Observant Friars.

Mention should be made of the remains of the original partition wall, frescoed with Christological scenes attributed to the painter Cristoforo Moretti and dated to the 1470s, and the Crucifixion on the apsidal wall by the Lombard School.

In addition to local artists, such as Giovanni Antonio Merli and Tommaso Cagnola, who painted the figures of saints and blesseds on the north pillars, master artists familiar with the more mature Milanese and Lombard schools of art were also invited.

This is testified by the Episodes of St. Jerome in the second chapel to the south and the Annunciation in its soprarco, attributed to the circle of Bernardo Zenale and dating from the late 15th-early 16th century.