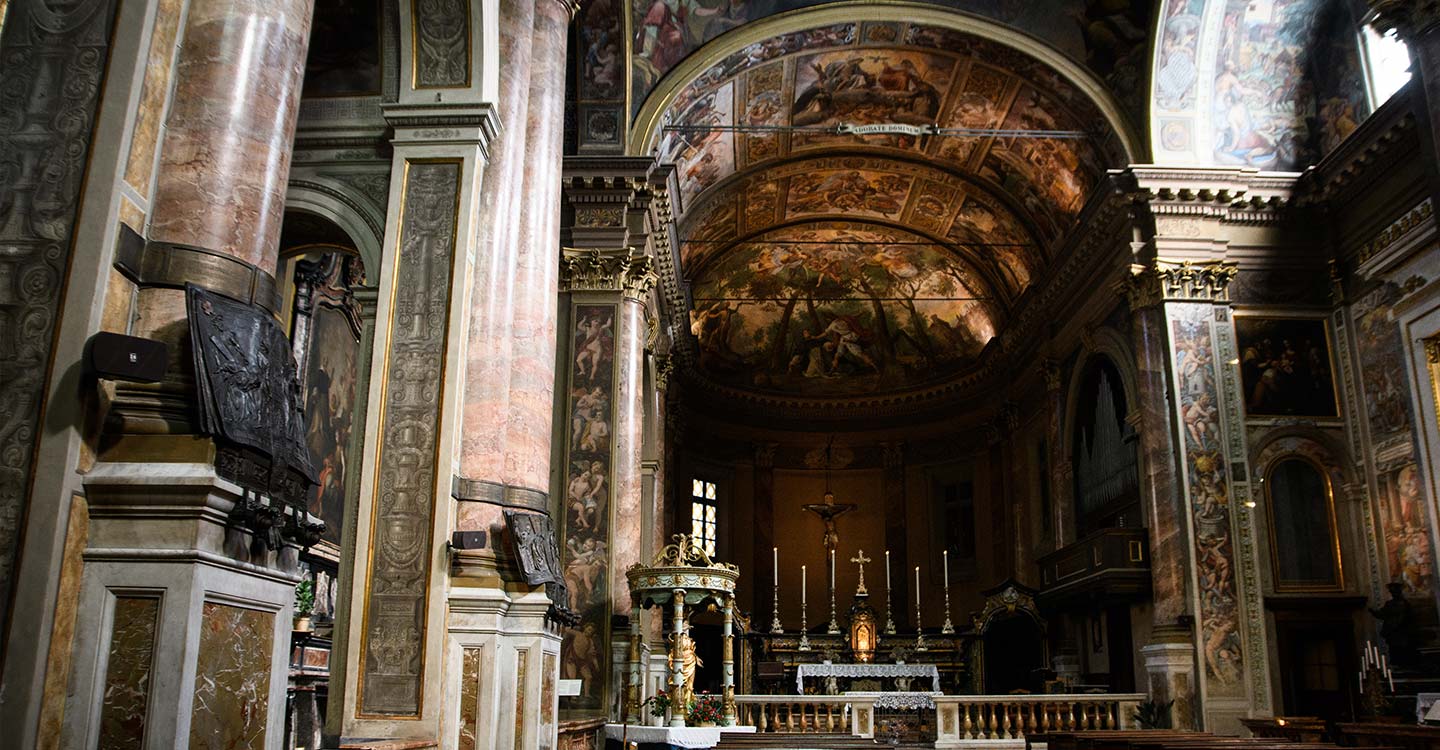 The present-day building, rebuilt on the site of the Romanesque church of Santa Maria d’Ingalardo between 1599 and 1618, was the home of the Dominicans until the suppression of religious orders in the Napoleonic era.

The simple façade, on two levels, is decorated with statues from the 19th century.

The interior, with a single nave, has six chapels dedicated to the patrons of the city tradesmen’s guilds. The first on the right contains a 15th-century marble statue of the Nursing Madonna and Child.

The church preserves some important painted works from the 17th century: the altarpiece of Our Lady of the Rosary and Saints Dominic and Catherine by Giulio Cesare Procaccini (1574-1625), and paintings by Giuseppe Vermiglio (1585-1635) in the Rosary chapel.

The frescoes by Melchiorre Gherardini (1607-1668), known as “il Ceranino”, in the chapel of San Domenico, are worthy of note, as are those by Giovanni Mauro della Rovere (1575-1640), known as “il Fiammenghino”, in the Rosary chapel, the presbytery and the apse.

The vault of the nave features architectural elements painted by Federico Bigiogero and the Glory of St. Dominic by Giovanni Stefano Montalto (1612-1689).