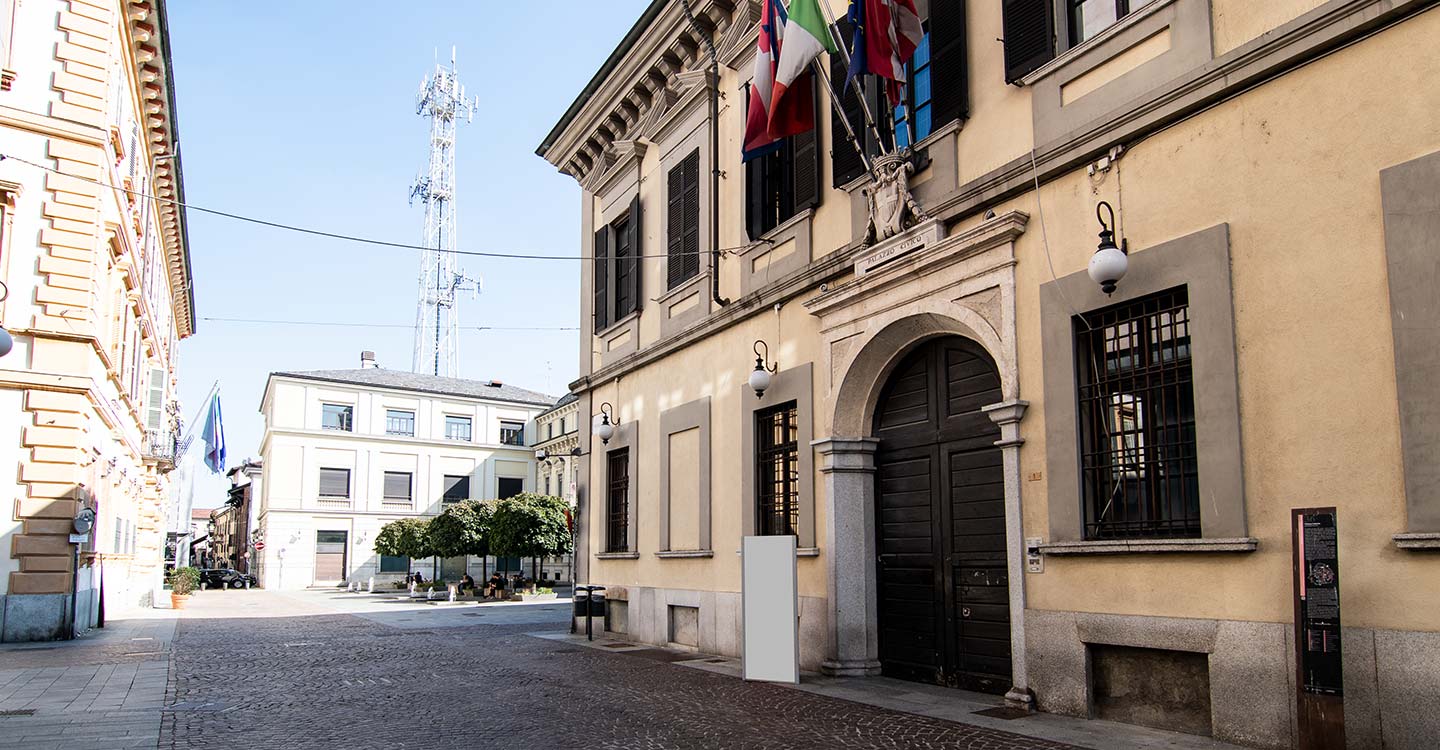 The story of the building’s construction, on an ancient property belonging to the Boniperti family, is interwoven with the social ascent of Carlo Cabrino, county treasurer and administrator of the fortifications, who bought it in 1660.

Upon his death in 1669, the building was confiscated and rented by the Municipality of Novara as the City Governor’s residence. Under Napoleon’s administration, it became the headquarters of the departmental government.

Since the 19th century, the building has undergone various renovations, which, however, have not altered the original layout of the rooms. It is now used as the headquarters of the City Administration.

The interior features rooms with frescos in the decorative styles of the noble residences of Lombardy, in vogue in the mid-17th century, attributed to the workshop of the Danedi brothers, Giuseppe (1609-1679) and Giovanni Stefano (1612-1689), known as “i Montalto”.

The Chariot of Aurora is depicted within a stucco frame on the vault in the hall; two rooms on the first floor have coffered ceilings and frescoed bands with figurative themes of a moral nature.