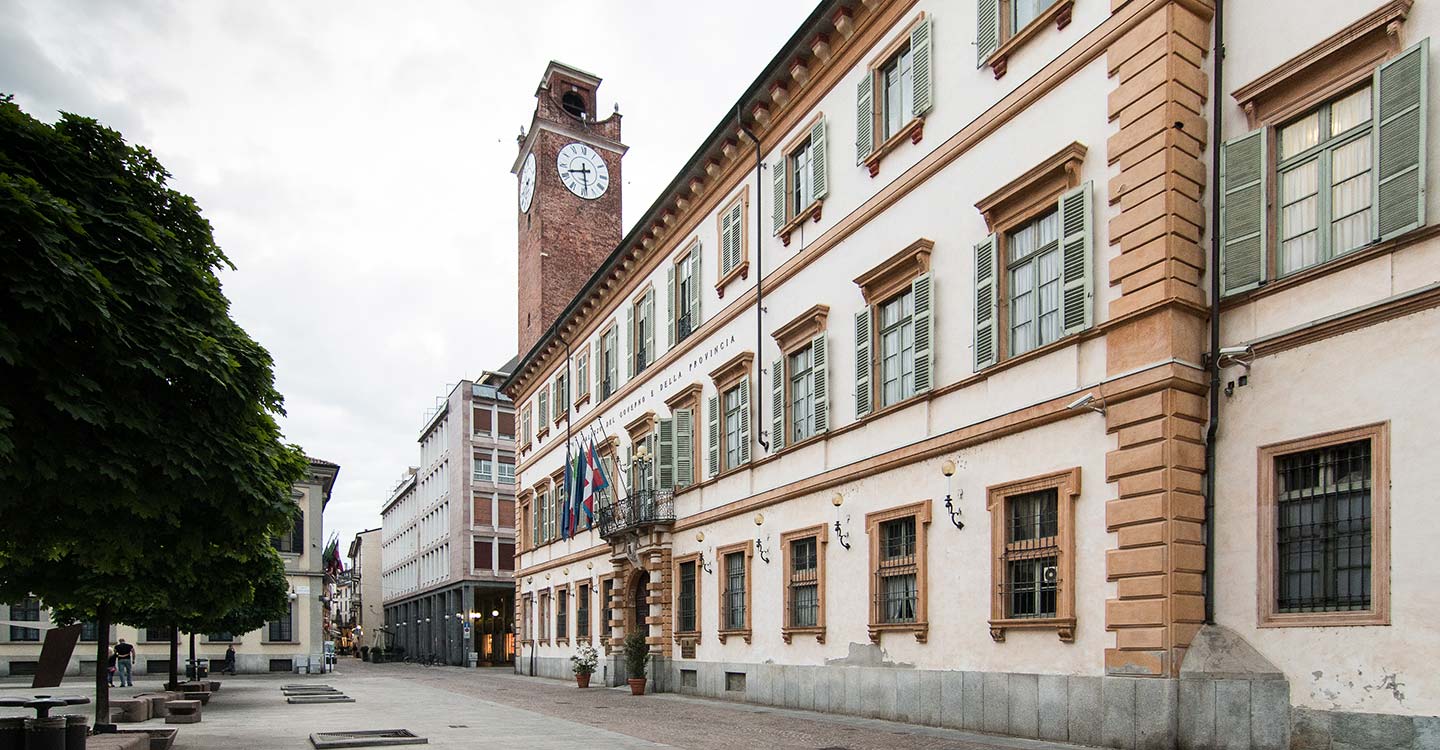 Built on a site that certainly contained other buildings in medieval times, as indicated by the presence of the tower, in the 16th century, the building belonged to the Casati and Fiorenza families from Milan. It passed to the Caccia family from Mandello in 1690.

Renovations, documented in an inventory from 1751, were begun thanks to the significant wealth brought in a dowry by Maria Egiziaca Natta, who came from a noble family in Casale Monferrato. In the absence of a male heir, ownership passed to the Natta family until 1865.

The building was later involved in various sales transactions until it was acquired by the Provincial authorities, which established their offices and the prefecture here.

The 16th-century core of the complex, attributed to Pellegrino Tibaldi (1527-1596), extends along an axis from the entrance, through the elegant courtyard with its Doric portico, to the Rocaille-style curtain wall of the garden, originally completed by a trompe l’oeil.

The courtyard extends to the staircase leading to the rooms on the main floor, where the frescoed vaults, stuccowork and overdoors reflect the various chronological phases of the decorative work.