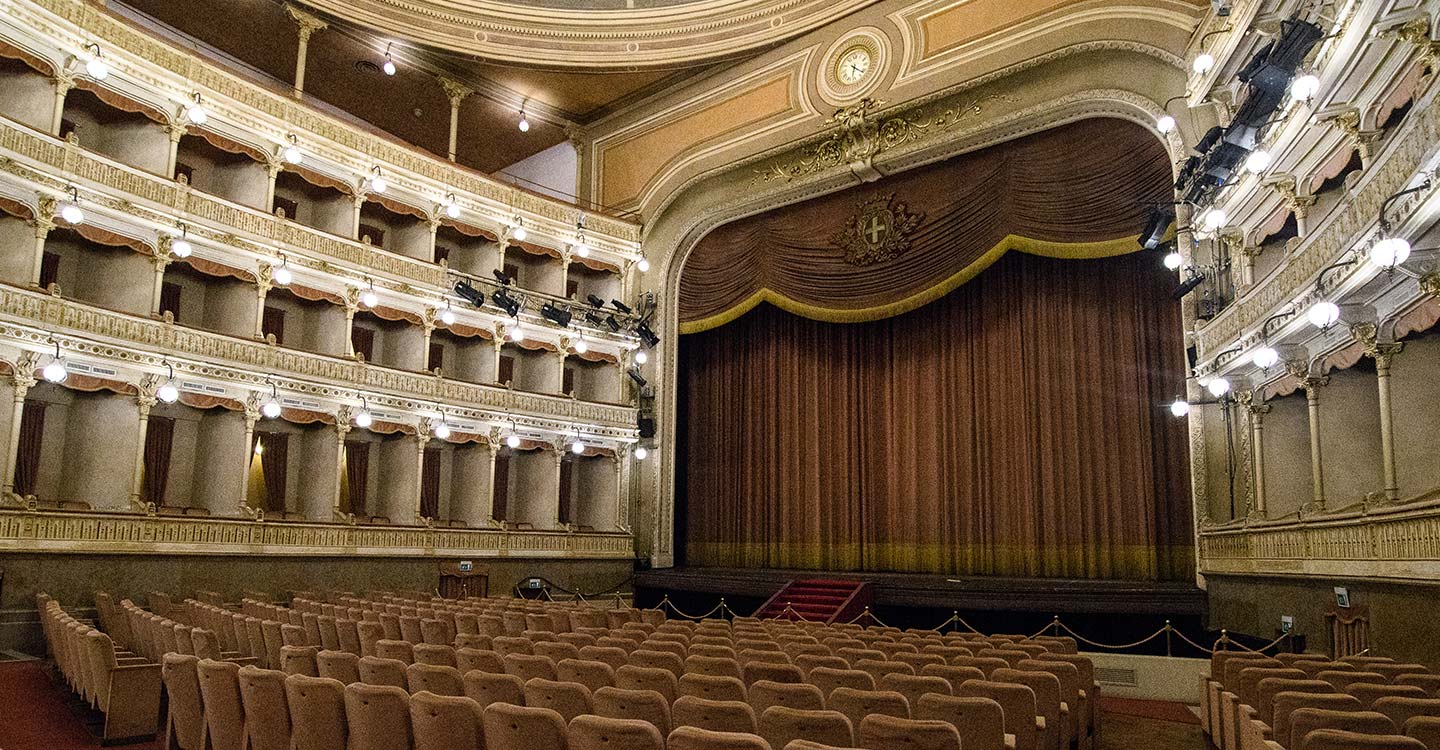 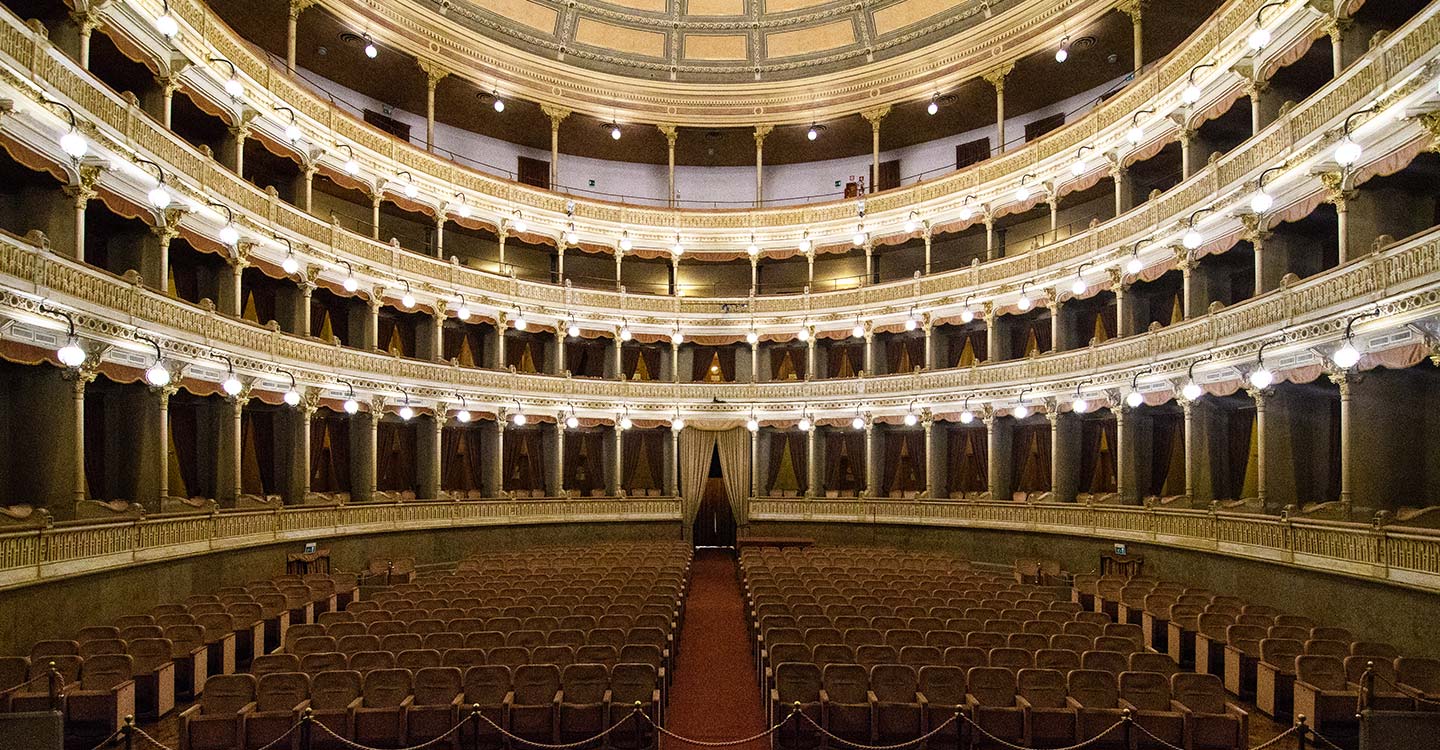 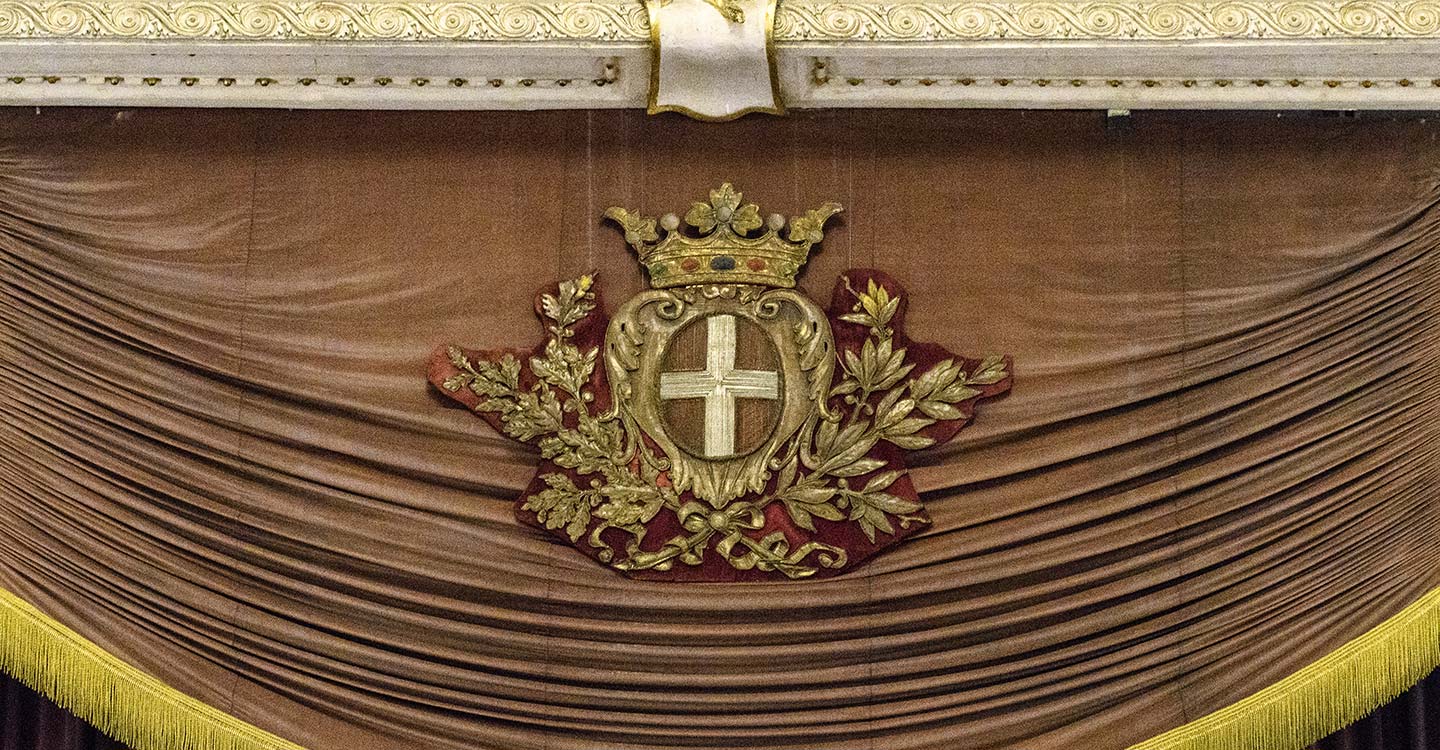 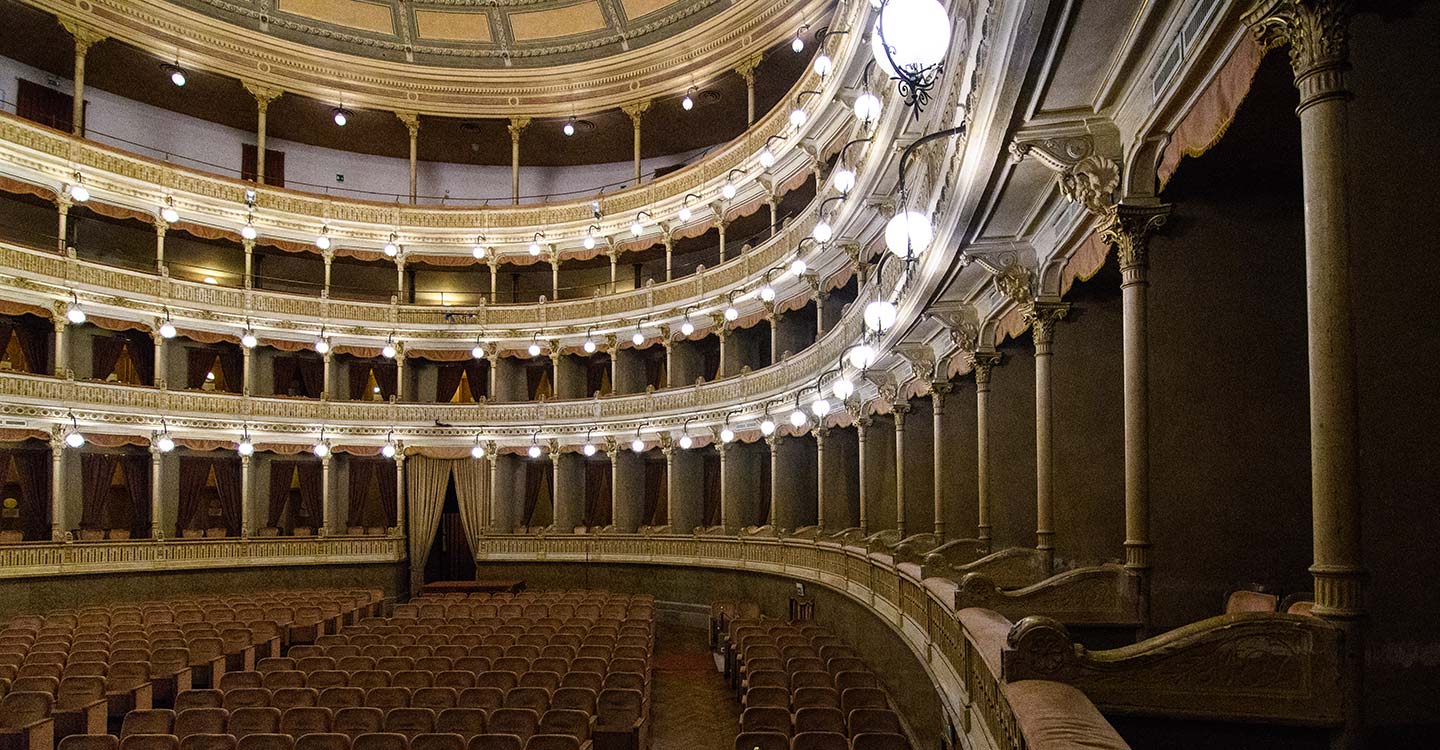 The theatre was created with the enlargement of the existing civic theatre, which was known as “Teatro Coccia” since 1873 in memory of the Neapolitan musician Carlo Coccia, who was the maestro di cappella of the cathedral.

The old 18th-century structure by Cosimo Morelli had become inadequate by the late 19th century due to the limited capacity of its stage, which was unsuitable for the more recent productions. The restructuring works, designed by the architect Giuseppe Oliverio, were carried out between 1886 and 1888 and increased its capacity to 1,800 people.

The two main facades of the building were completely redesigned and porticoes were built on three sides to house the market and for the passage of pedestrians.

The main hall, designed in a horseshoe layout and surmounted by an iron dome, is surrounded by three tiers of boxes, punctuated by a series of cast iron columns, with parapets decorated with stuccowork and two tiers of balconies.

The dressing rooms, the foyer and the service rooms are located at the sides of the stage; the sub-stage consists of an acoustic chamber with a bowl-shaped profile, known as a “violin bottom” to enhance the acoustics in the hall.

The entrance lobby, on a rectangular plan, features four busts of the masters Bellini, Rossini, Donizetti and Verdi.

In 1914, the theatre was adapted for use also as a cinema, with the addition of a projection room in the central area.