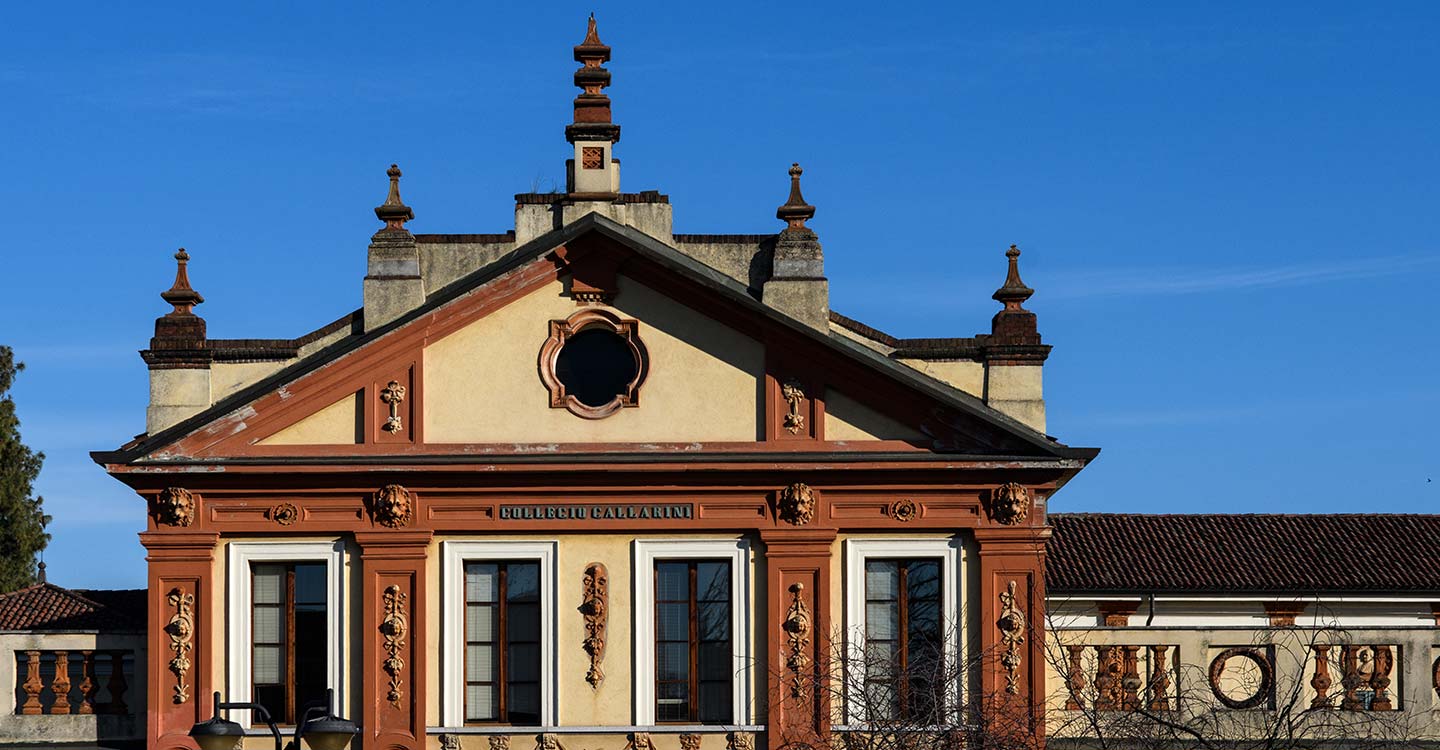 The former Collegio Gallarini was created from the conversion of the “Ospedale degli Spagnoli”, which was transferred from State property to the Bishop of Novara, Ignazio Rovero, in 1750. He entrusted it to two priests, Fr. Giulio Francesco and Fr. Gaudenzio Vecchi, to house a boarding school for 18 boys selected by Francesco Antonio Gallarini, son of Antonio Maria Gallarini, in memory of his father, who on his death had left a considerable estate for the establishment of a “perpetual boarding school…”

After years of constant threats to transfer the boarding school to other premises, a project by the architect Stefano Ignazio Melchioni was approved in 1831 for the reorganisation of the building. In spite of changes to the original designs, the works were completed in 1844.

Don Ercole Marietti was appointed rector of the school from 1854 until 1905; he was a descendant of the founder and an architect, and sought to introduce the use of terracotta decorations to Novara; many of the decorative features adorning the facades of the entire complex are due to him.

In 1880, due to poor sanitation, a new dormitory was built on the west side. In 1915, the boarding school was requisitioned as a military hospital; in 1945, it was occupied by the partisans and later used as barracks.

It was declared unfit for inhabitation by the Department of Health in 1952, and later underwent a radical redevelopment project, completed in 1986, to house the Guido Cantelli Musical Conservatory.