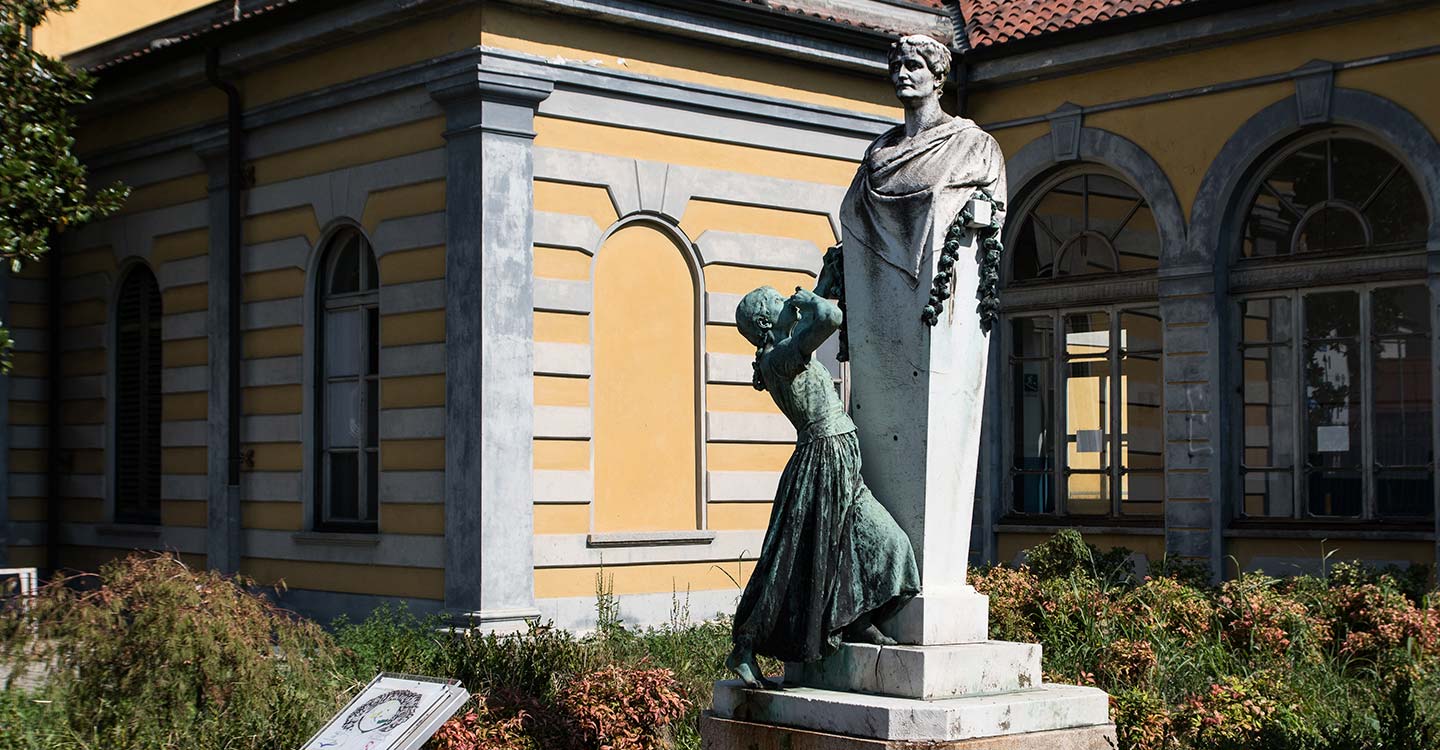 The building was built at the behest of Countess Giuseppa Tornielli of Vergano, widow of Count Marco Bellini, as the premises for the School of Arts and Crafts she had founded. It was inaugurated in 1837, just a few months after the death of its benefactress.

The institute, governed with the guidance of the lawyer Giacomo Giovanetti, executor of Countess’s will, was particularly innovative for its time. It provided professional training for both males and females, which was to be mandatory after elementary school.

It was the first such school in Italy and one of the first in Europe. The Countess was awarded a gold medal for her work from the Société Montyon et Franklin in Paris, as a “benefactor of humanity”.

Two boarding schools were also planned, for boys and for girls of between 9 and 12 years of age from poor families in the city and surrounding areas, with places also for fee paying students.

The building, based on a design by the Milanese architect Pestagalli, was extended after 1860. Its austere, uniform exterior is punctuated by stringcourses and imitation ashlar profiles. The building’s U-shaped layout, on two floors, features internal gardens with large porticoes on the ground floor.

In the interior, mention should be made of the marble monument to Count Marco Bellini, made in 1831 by the sculptor Gaetano Monti.