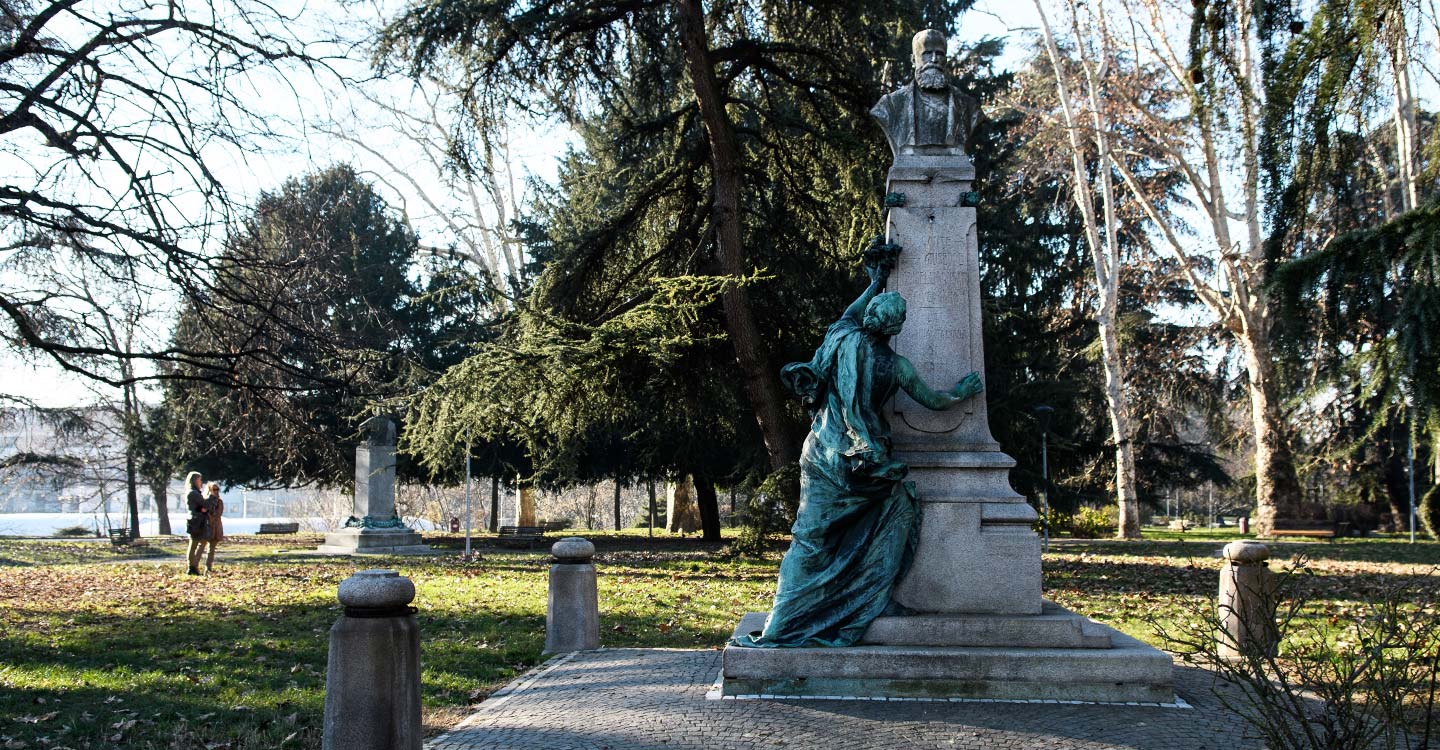 After the castle lost its defensive role, the surrounding areas were transformed into a public park with an area of 42,200 m2. The first design for a public walkway dates back to 1780-1790; during the 1800s, the Allea’s role was consolidated as a green lung for the city, where nature, decorum and the healthy living were highly valued.

The Children’s Park was created on the site of the “Fairground” in around the 1920s-‘30s, following urban redevelopment work on all the green spaces around the ramparts, bounded by the Cunetta canal and the city ring road.

The present-day layout is the result of the work of Marcella Balconi, a paediatrician, child psychotherapist and prominent local figure in science and politics, who organised the renovation of the park in the 1970s in order to create a recreation space where children could relax and enjoy themselves.

The 20,000 m2 fenced area is divided into various play areas, with broad tree-lined avenues, embellished between 1933 and 1934 by the creation of an ornamental fountain modelled on the pool in the children’s park in Genoa; it is decorated with floral motifs and numerous small fountains, and surrounded by a wide pavement, designed to ensure the children’s safety when playing with the water.