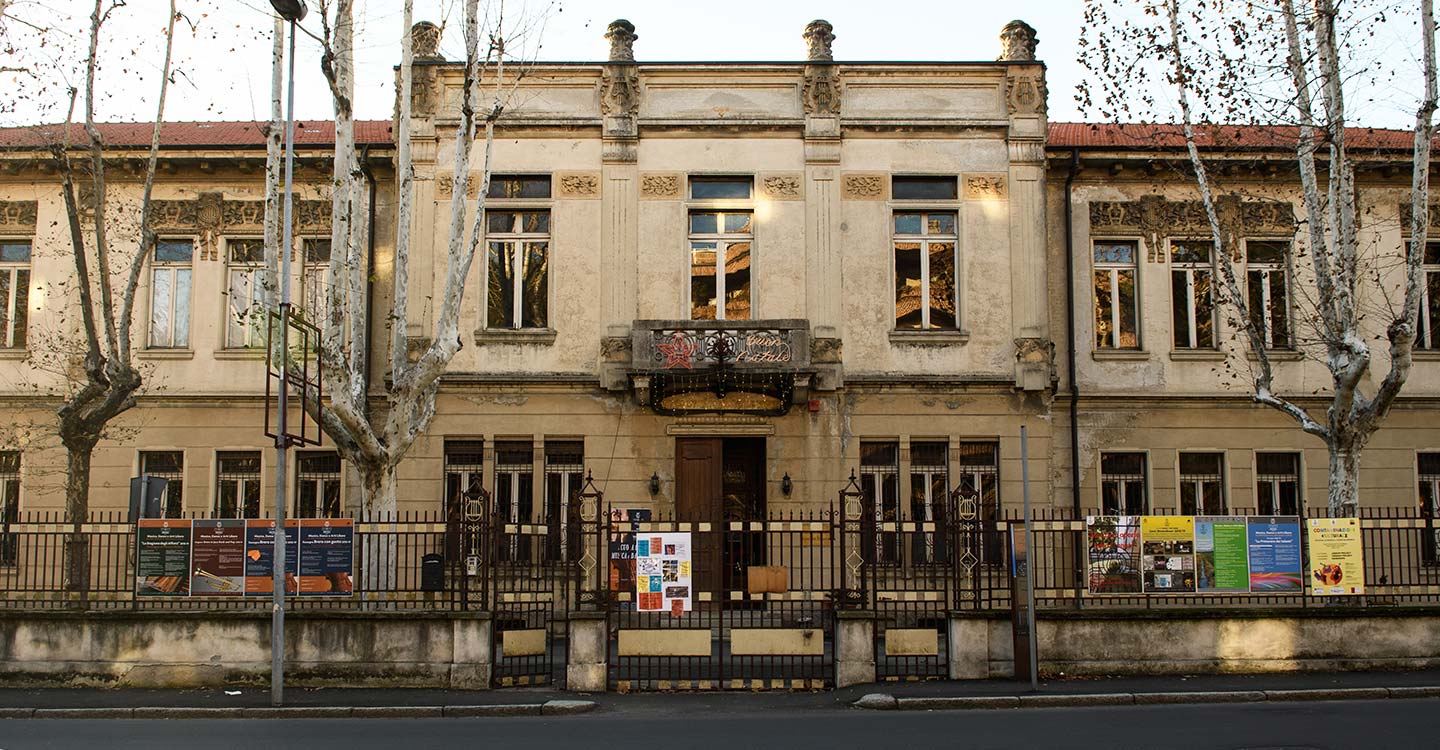 The Novara Civic Institute of Music was inaugurated on 11 June 1858 on the initiative of the Municipality, various charitable organisations and 116 subscribers, in order to promote the activities of the City Theatre and the National Guard.

In 1866, with the death of the Venetian cavalry major Fedele Brera, who was forced to move to Piedmont due to war events, the musical institute in Novara inherited his entire estate, on the condition that it would be named after him. By Royal Decree, on 6 October 1866, it became the Brera Musical Institute, with the purpose of “…encouraging the study of music, providing free musical tuition to needy youth and maintaining a marching band for service to the Municipality”.

The present-day venue was designed by the engineer Alessi di Canosio between 1902 and 1906.

The building is located in a park outside the city walls; the layout consists of an avant-corps flanked by two wings in a T-shape. The façade is divided into two levels, separated by a stringcourse, with the lower level made of imitation ashlar. The pitched roof is crowned by a central cymatium, surmounted by four decorative elements.

The entire complex is characterised by a recurring motif of “threes”: in the arrangement of the windows, in the decoration of the balcony at the centre of the upper level, and in the grooves on the pilasters.

The decorations are in the Art Nouveau style, with floral and vegetal motifs, and a recurring lyre motif featured on various parts of the façade, including the balcony, the railings, the gate and the capitals.