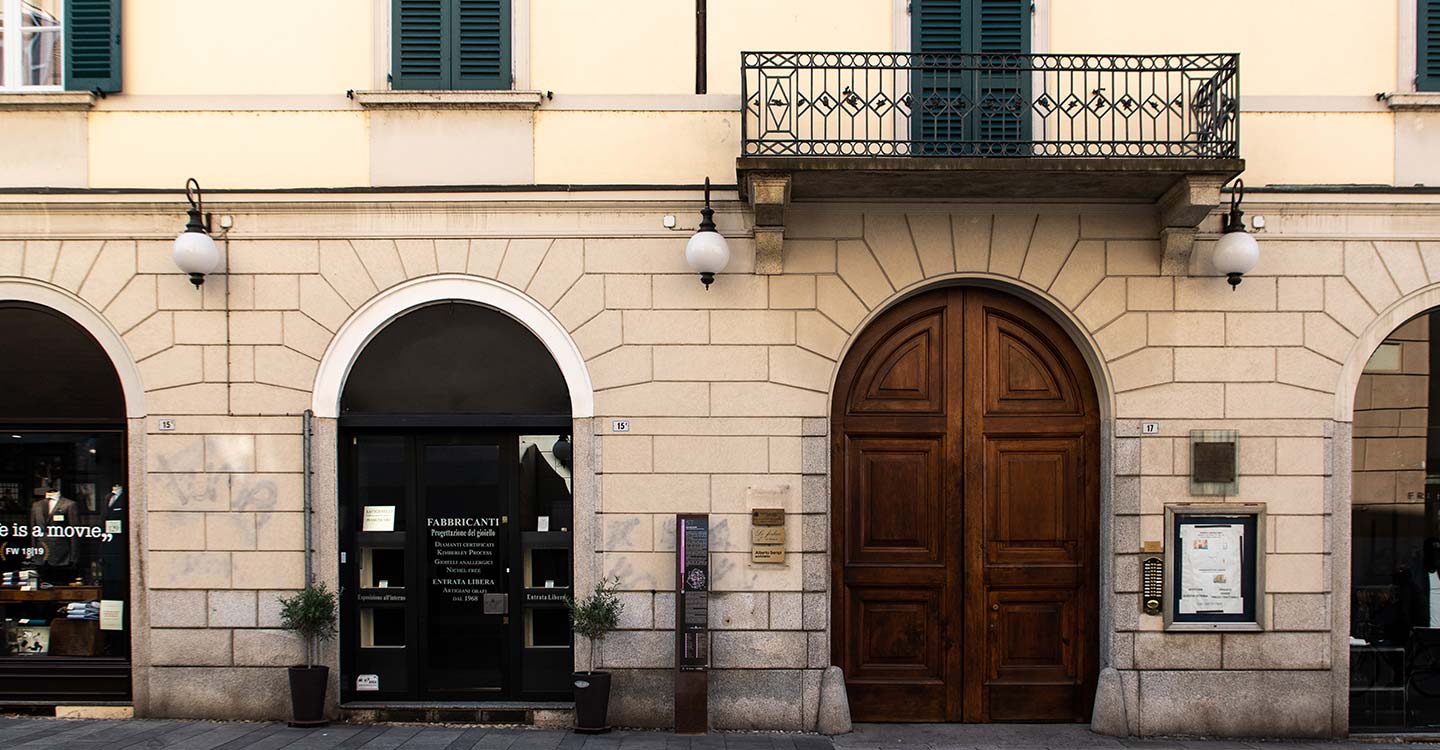 Casa Giovanetti, which became Casa Prato, is composed of a northern body (the oldest, and of modest proportions, along Via Gaudenzio Ferrari), an intermediate body (along Corso di Porta Sempione, now Corso Cavour), and a southern body and internal wing facing Via Giovanetti.

The renovation of the residence, formerly the aristocratic home of the Bollini family, was assigned to the architect Alessandro Antonelli in 1840 by the owner, the lawyer Giacomo Giovanetti. One of the most prominent figures in Novara at that time, an advisor to King Charles Albert and author of some fundamental passages of the Albertine Statute, Giovanetti promoted measures to liberalise the economy and a law regulating the elections for municipal and provincial offices.

The building, which had been previously modified by the architect Stefano Ignazio Melchioni (1765-1837), a central figure in early 19th-century urban renewal, despite profound changes over time, has preserved the distinctive features of Antonelli’s building work.

A key element of the architectural space is the pillared atrium with ribbed vaults, whose modular articulation extends to the entrance hall and the portico leading to the courtyard.

The internal facades are characterised by three superimposed levels, typical of this period of the architect’s work, which had already featured in some projects in Turin.