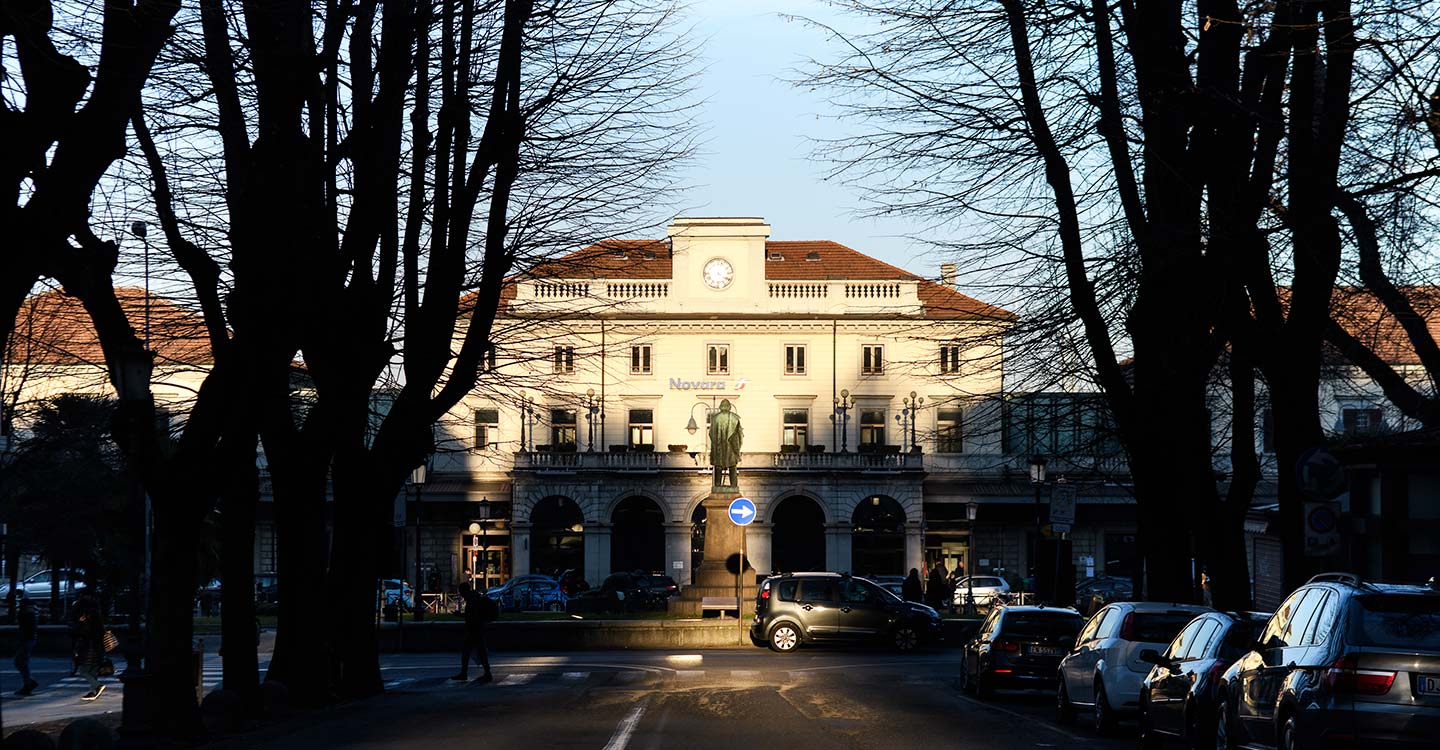 The new station, built in the mid-19th century, saw the arrival of its first train on 4 June 1854. The line was the Novara-Genoa route, which was followed by lines to Borgomanero and Arona; the Milan route was inaugurated in 1859.

The complex consists of an imposing central building with a hipped roof, flanked by two large buildings sharing a common ground floor with the central area. The main façade, facing the square, is characterised by an avant-corps housing the foyer, with a terraced roof bordered by a parapet with column motifs. The building is dominated by a squared cymatium with a clock above the central arch.

The building still retains its rigid forms, arranged in nineteenth-century style, articulated in the three bodies linked by the sequence of arches on the ground floor.

At the instructions of the architect Paolo Rivolta, a false arena was created for the opening ceremony, embellished by colossal statues modelled by Gaudenzio Dago, Giuseppe Argenti and Giuseppe Rossi, and set in a huge artificial garden.

The garden area has now become a reality in the present-day arrangement: the space in front of the station façade has been landscaped and enhanced by a bronze statue of Giuseppe Garibaldi, made in 1886 by the Milanese sculptor Ambrogio Braga, and by the Rice weeder monument by Edmondo Poletti (1908-1978).