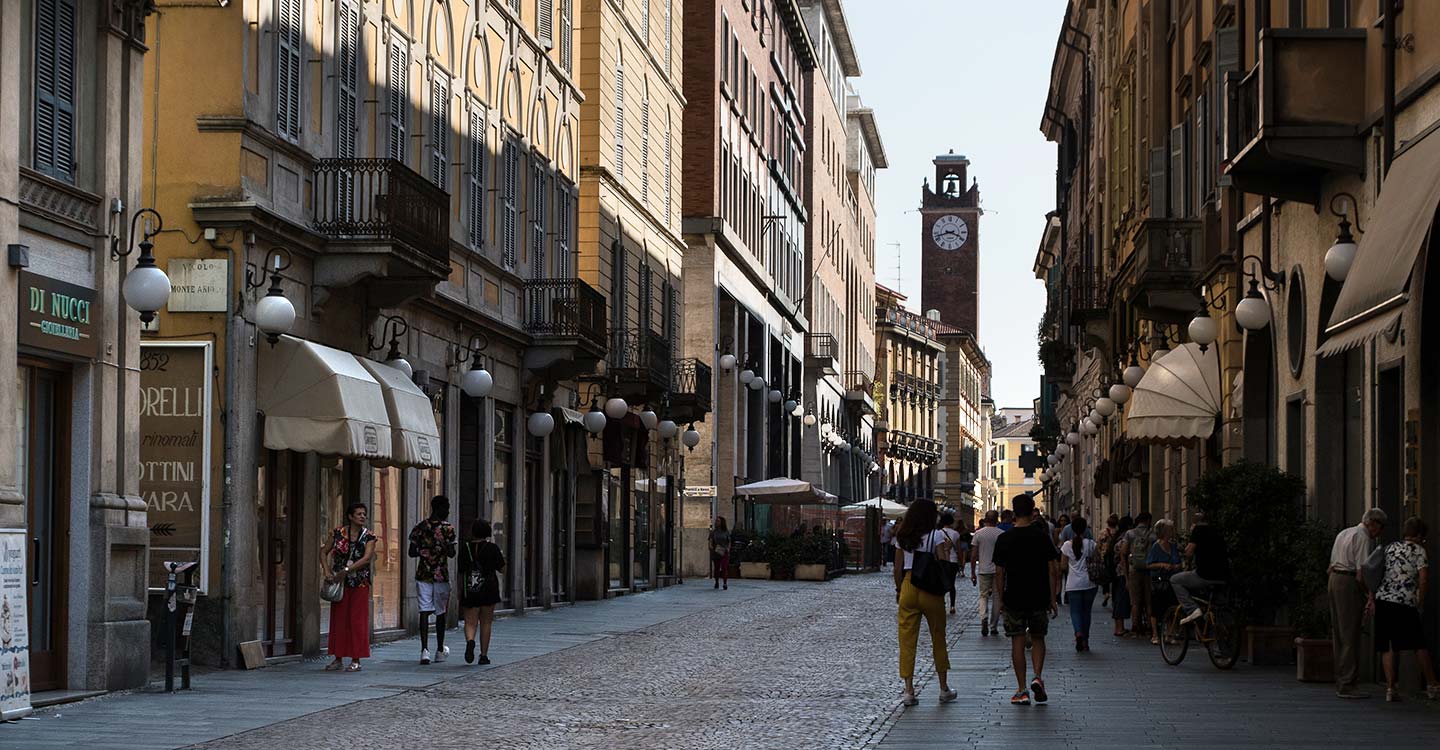 In 1857, the project to extend the roadway of Corso Porta Sempione, now Corso Cavour, proposed by the architect Alessandro Antonelli, was enthusiastically accepted by the Municipal Council of Novara.

In reality, it was inspired by a previous intuition by the architect Rivolta, who, besides the widening, also proposed the improvement of the most important road link between the city centre and the railway station, built in 1854.

Antonelli’s design essentially involved the creation of porticoes in front of the existing buildings along the eastern side of the Corso, at the end of which a hexagonal square was planned, to connect it to the various entry routes from the outskirts.

The portico would then continue by itself in the centre of the street, along the route leading directly to the station, now Viale Giuseppe Garibaldi.

The project was not implemented because of difficulties that arose with the owners of the buildings on Corso Porta Sempione and, not least, due to the limited funds available in the municipal budget.

The redevelopment of the city’s main north-south artery was subsequently resumed, however, by the drafters of the City Development Plans, who adopted the typical modern schema for the development of historical centres, with partial implementation of the 19th-century programme.