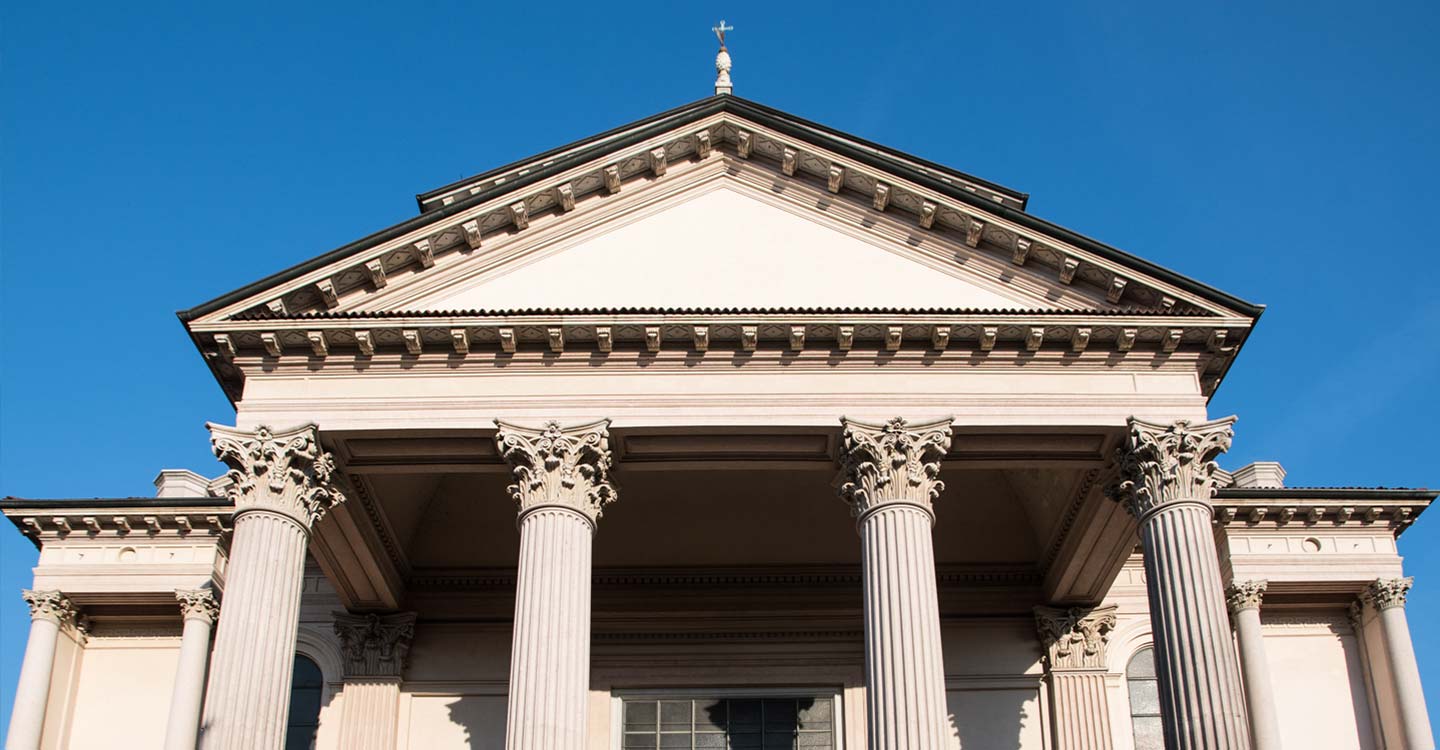 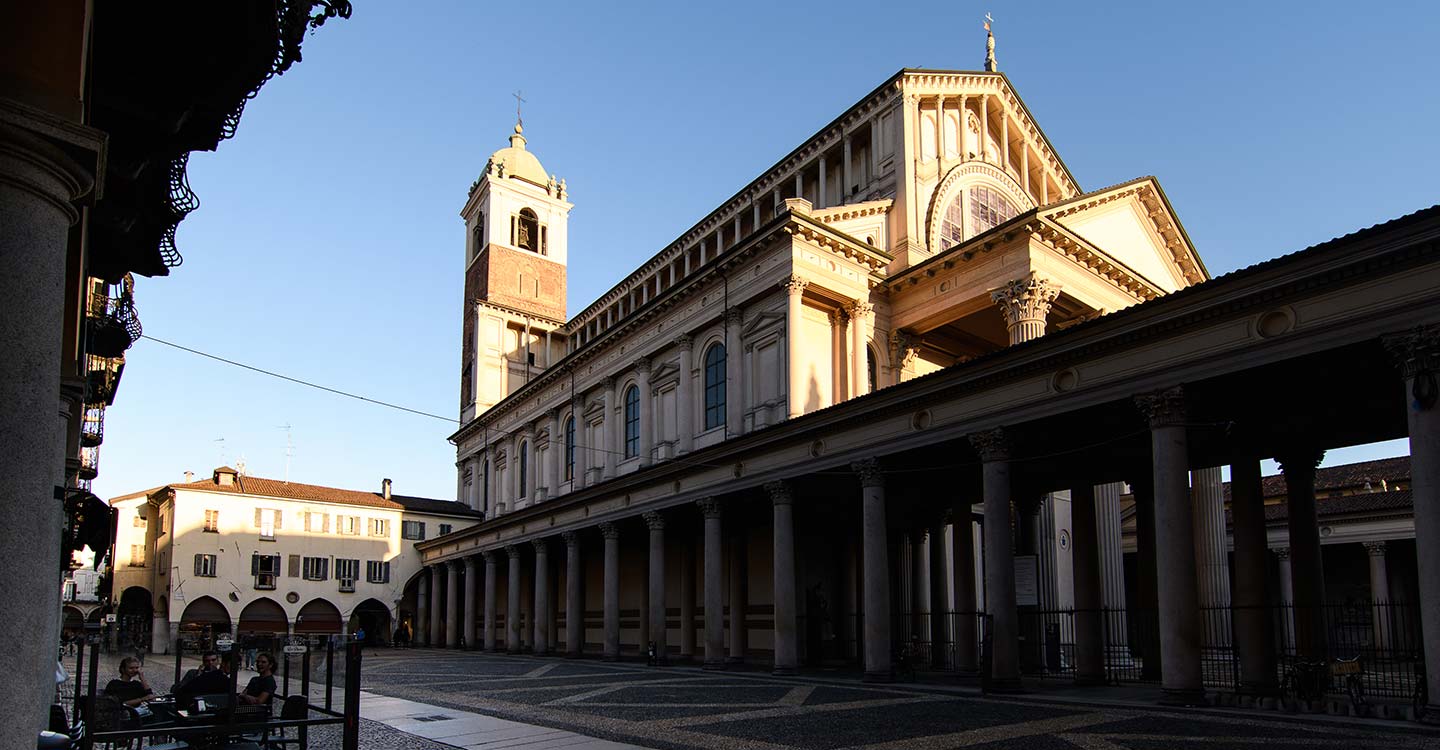 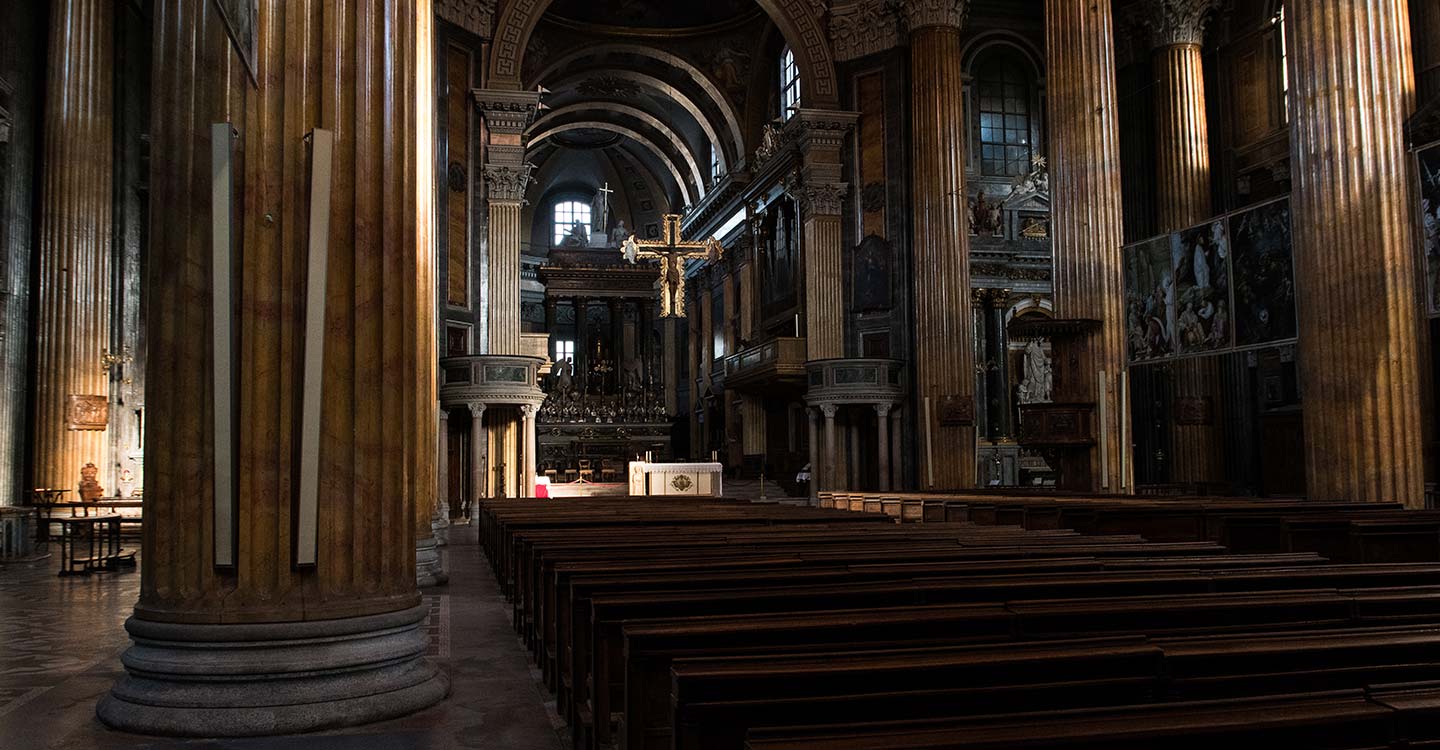 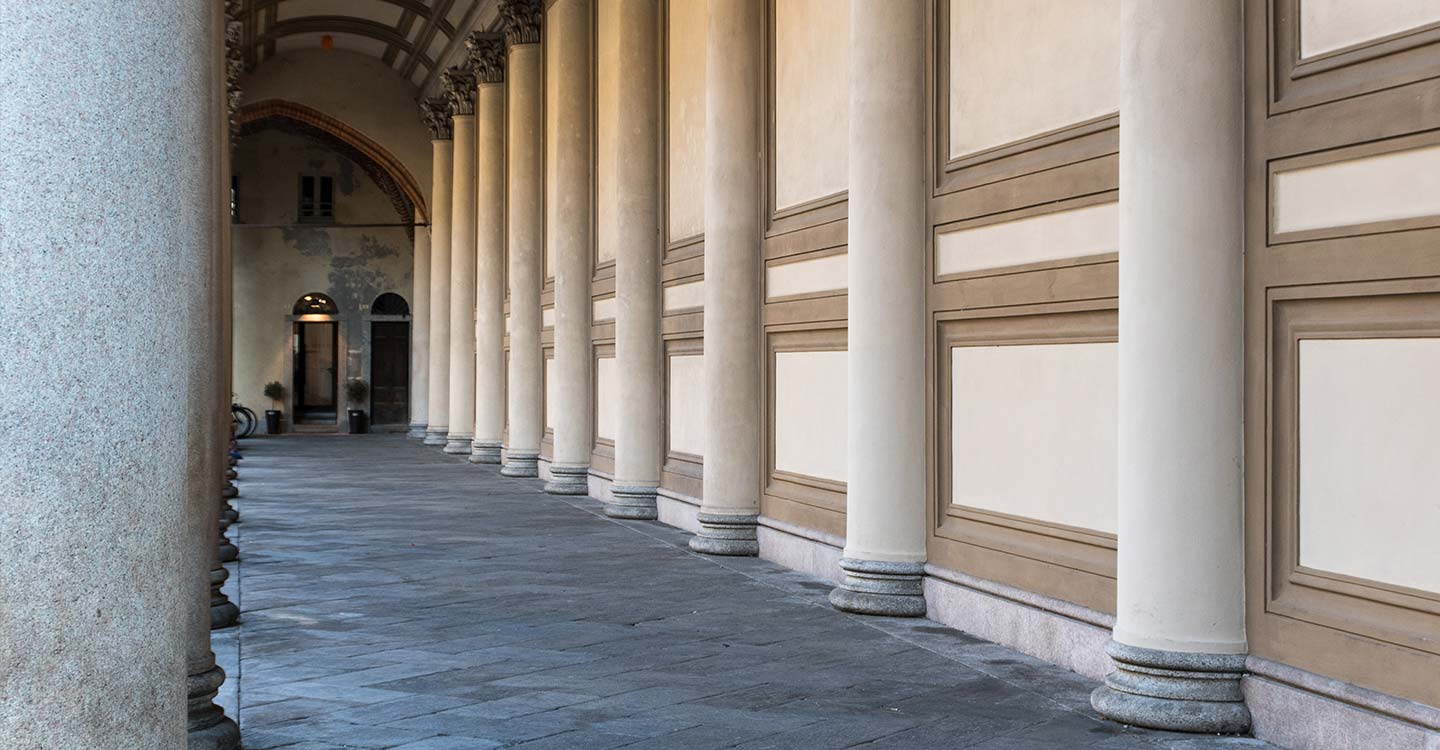 The idea of radically renewing the old Romanesque cathedral was contemplated as early as the 18th century; the project was finally entrusted to Alessandro Antonelli in the mid-19th century.

The first phase of work was completed in the zone of the presbytery, with the construction of the majestic altar (1832-1836), on which Antonelli worked with the Danish sculptor Bertel Thorvaldsen (1770-1844).

The four-sided portico, which seems to partly stifle the imposing façade, was built from 1857 to 1863. The loggia over the main façade was added at the request of the canons.

The work was left unfinished; viewed from the medieval four-sided portico of the canons’ residence at the rear of the building, the barely defined arches give an idea of the portion of structure they were intended to support.

The consecration took place in 1869, although work in the interior was not completed until the 1880s.

The pronaos features four imposing columns, with the two outer ones designed to be hollow and to function as downspouts.

The majestic portal was completed by Antonelli’s son, Costanzo, in 1890.

The space in the interior is divided into three naves by twelve plaster columns made to resemble marble and crowned with Corinthian capitals.

The entablature has twenty-seven niches containing saints that are either from Novara or venerated in the diocese: it is a religious version of the galleries of “Illustrious men” that were popular in the nineteenth century.