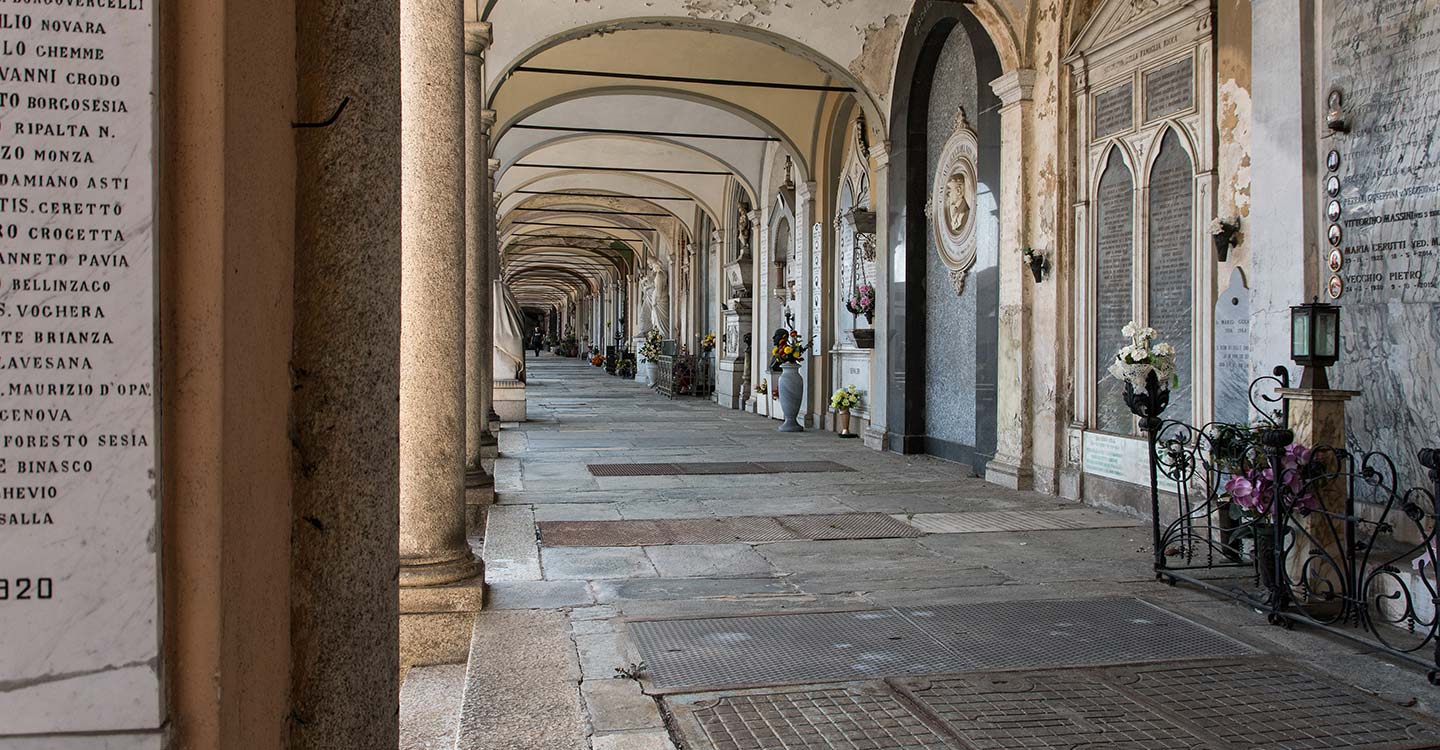 The Napoleonic edict of Saint-Cloud in 1806 decreed the prohibition of mass graves in Italy and the obligation to organise areas outside of towns and cities for the burial of corpses.

New cemeteries were created away from inhabited centres, often in places with ancient parish churches.

In Novara, the cemetery occupied an area to the southeast of the city, on land acquired by the City Administration in 1808. The construction of the church, still in existence, began in 1817.

An initial enlargement was made between 1840 and 1847, with the completion of the first enclosure on the south side.

Between 1873 and 1882, work was carried out on the second and third enclosures, with the construction of the porticoes along the outer perimeters of the sectors.

The bays house the funerary monuments of the wealthiest families, while the spaces inside the sectors contain horizontal tombs or chapels.

Some works, of great historical interest, provide an insight into the evolution of funerary sculpture between the 19th and 20th century.

The gateway at the entrance to the cemetery was designed by Pelagio Palagi. Originally intended for the Albertina Barrier, it was incorporated, along with the statues of Harmony and Vigilance, in the monument to Charles Albert in Piazza del Rosario (Piazza Gramsci).

After its destruction in 1944, it was finally reused in the entrance to the cemetery.