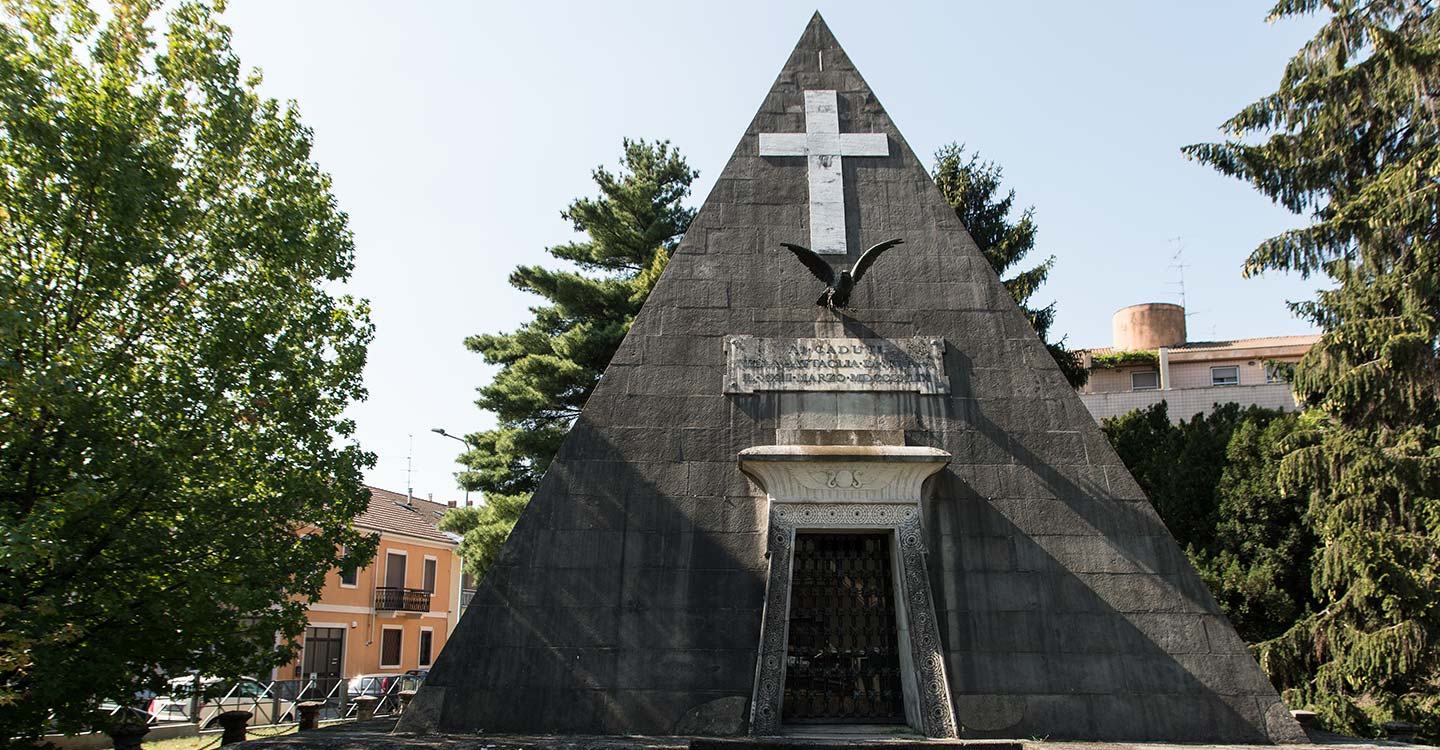 The fighting on the 23 March 1849 in the area to the south of Novara between the hamlets of Bicocca, Torrion Quartara and Olengo, now marked by the boundaries of Parco della Battaglia, brought the events of the First Italian War of Independence to a close.

The battle of Novara, also known as the Battle of Bicocca, from the name of the suburb, was the decisive encounter of the Risorgimento, which ended with defeat inflicted on the army of Charles Albert of Piedmont by the Austrian troops led by Marshal Josef Radetzky.

The ossuary monument in memory of the fallen, erected at the request of the veterans and inaugurated on 23 March 1879, was designed by the architect Luigi Broggi of Milan. It is a pyramid with a 12-metre base and 16 metres in height, featuring a large white marble cross on its main façade, with a bronze eagle holding two crowns in its claws.

Inside, it preserves the remains of the fallen, both Italians and Austrians, whose names are engraved on the barrels of eight gun-howitzers.

In 1910, a triptych sculpted by Carlo Cantoni was installed inside it, with bronze effigies of Charles Albert and the generals Ettore Perrone and Giuseppe Passalacqua, who were the heroes of the historic day.