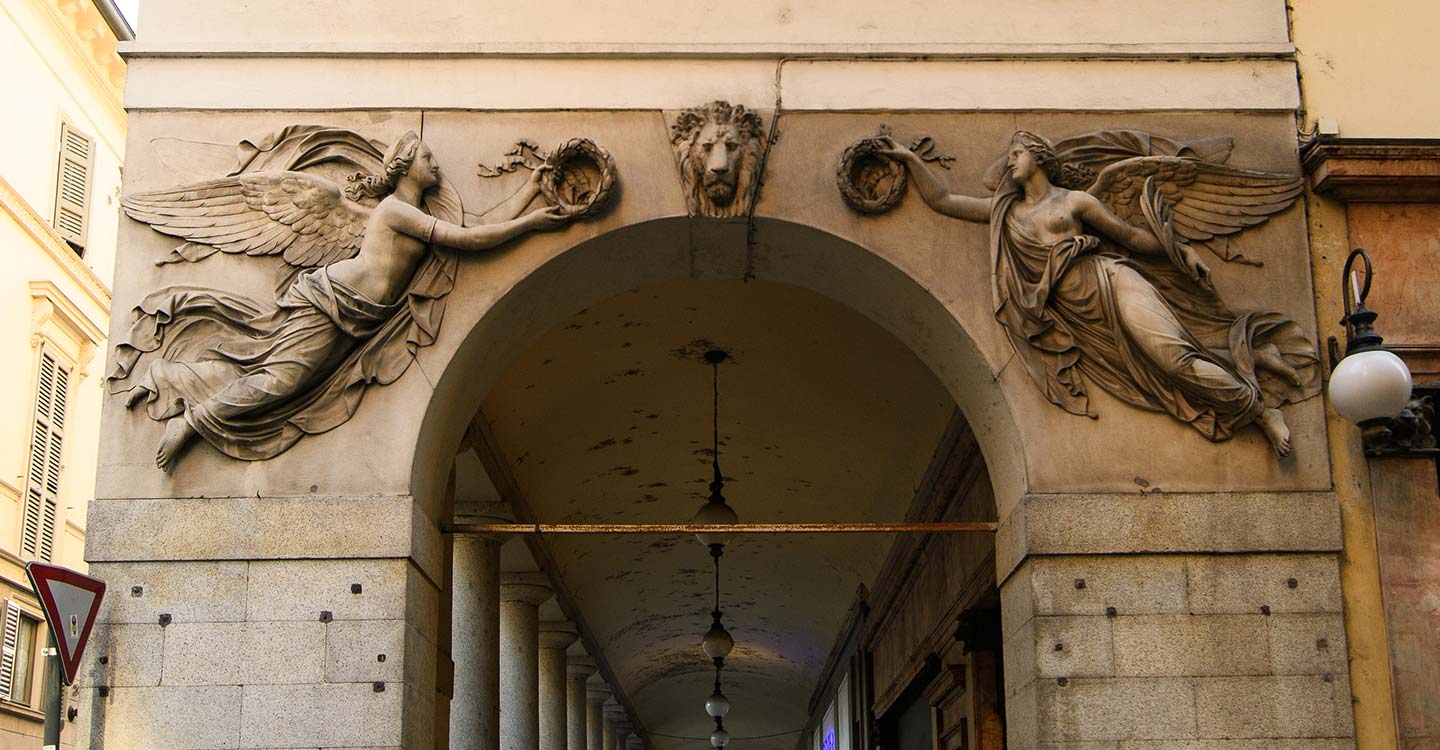 In the first half of the 19th century, the southwest corner of the city was identified as the main core of commercial development and large investments were made there.

The block was not only occupied by residences, but also by shops, workshops, taverns and hotels. The construction was completed in three successive stages, from 1836 to 1859, due to events related to the ownership of the individual buildings.

The Administration chose to include a rich decorative programme along the façade towards the theatre, suggested by the historian Francesco Antonio Bianchini and the lawyer Giacomo Giovanetti.

The intention was to create a veritable pantheon of notable citizens of Novara, entrusting the work to the sculptor Giuseppe Argenti.

The 96 metopes of the Doric frieze feature medallions with effigies of citizens that had distinguished themselves in the sciences, arts and letters, alternated with sculptures with symbols and emblems associated with them.

Above the arches of the lateral entrances to the porticoes are four winged figures representing Fame.