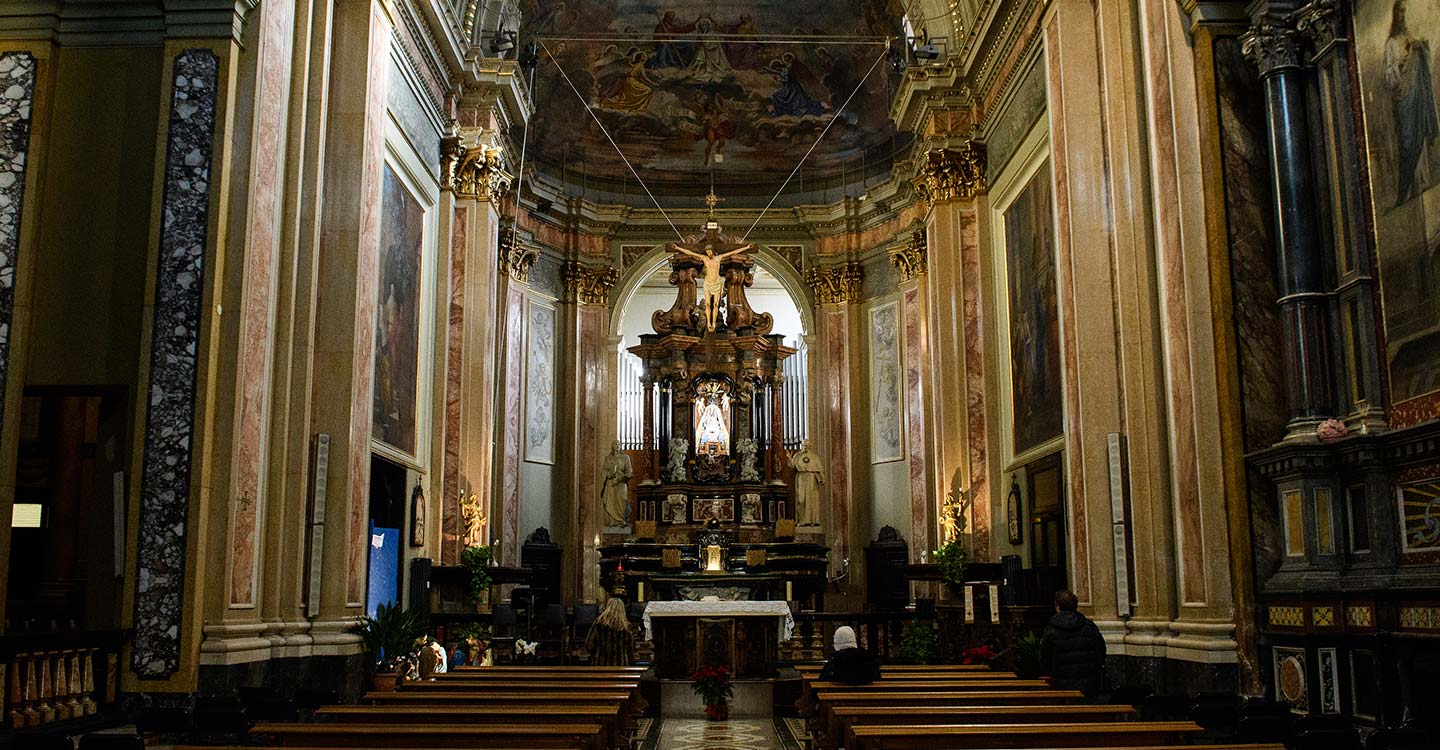 The present-day appearance of the church is the work of the architect Paolo Gaudenzio Rivolta (1818-1873), who was appointed in 1857 to widen Corso Cavour and redefine the façades along the road connecting the city centre to the new railway station.

The façade features neoclassical elements in its architectural sections (tympana, cornices and columns) and decorative inserts (the two angels by Giuseppe Argenti and the medallions of Saint Peter and Saint Paul by Giuseppe Rossi). The large curved central window, however, bears the hallmarks of Antonelli.

The layout, featuring a single nave with a long choir, includes a shrine designed by Costanzo Antonelli along the left side.

Paintings and furnishings from the earlier history of the church, which is mentioned in the 12th century and was consecrated in 1598, can still be seen inside. Its dedication to Our Lady of Montserrat dates to the Spanish domination of the 17th century.

Noteworthy paintings include two canvasses by Giuseppe Vermiglio (1585-1635) depicting St. Dionysius and St. Justina. The precious Baroque high altar was designed by Pietro Francesco Prina and built between 1715 and 1717.

The statue of the Virgin placed above the altar was made earlier, in 1626, by the sculptor Baroffio from Varese.