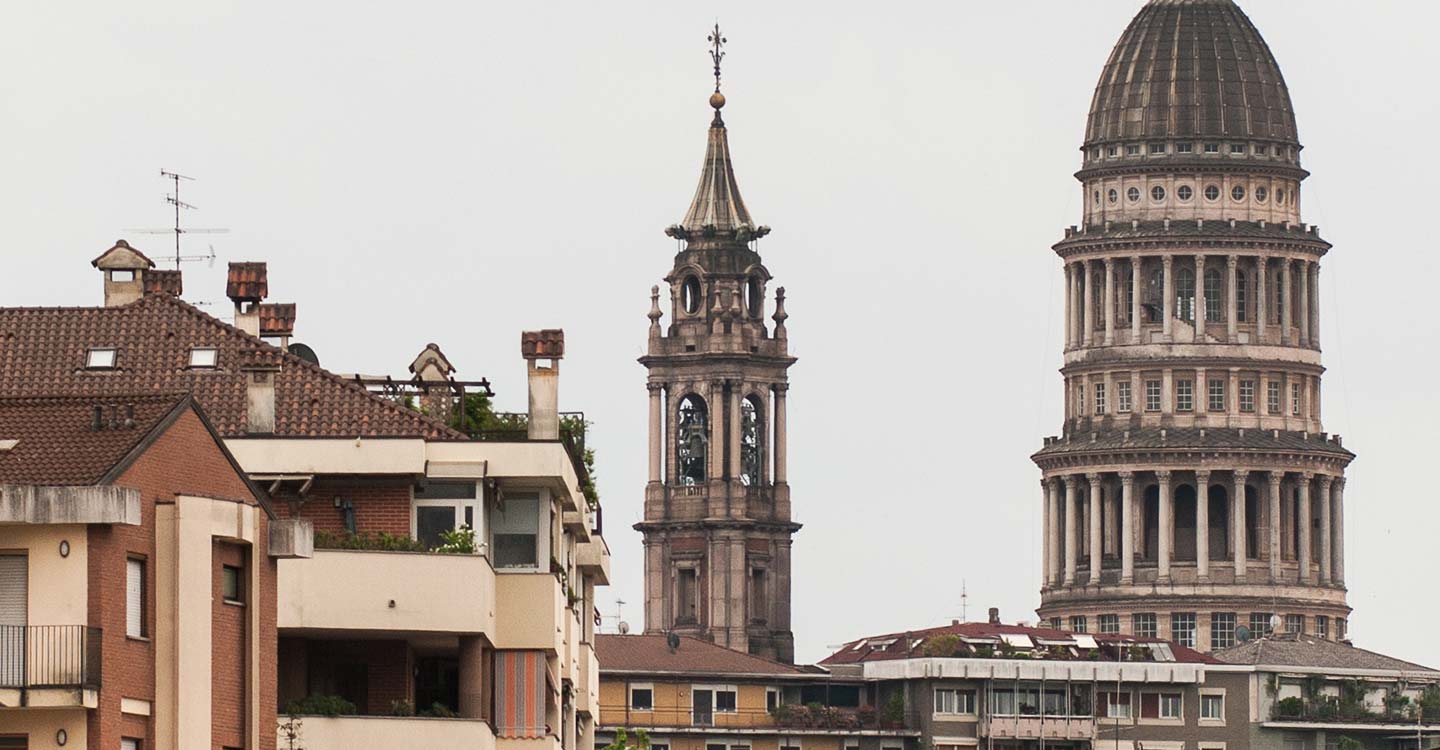 Standing 92 metres in height, the San Gaudenzio bell tower dominated the city skyline for almost a century, until Antonelli’s dome was built.

Its construction began in 1753, based on a design by the Savoy architect Benedetto Alfieri (1699-1767), who was commissioned to replace the small provisional bell tower.

The works were interrupted in 1773 and only concluded in 1786, almost 20 years after Alfieri’s death, with the creation of an original structure made of Baveno granite ashlar blocks and brick.

The bell tower, which stands on a 10 metre square base, rises up with the four corners chamfered to inclined planes and terminates in an irregular prism shape.

Eight bronze cherub heads are visible at the base of the spire. They were made by Giovan Battista Agazzini and originally connected to bronze festoons, which were removed during the Second World War.

The structure is unique in that it features two internal staircases, each with about three hundred steps, which lead up to the belfry without ever meeting.

The flights are supported by the perimeter walls and four strong internal pillars, leaving an empty vertical chamber in the centre, where the ropes and counterweights of the bells originally hung.

This space now houses the elevator, which provides access to the Museum of the “Fabbrica Lapidea” (organisation in charge of upkeep of the basilica) and the dome.