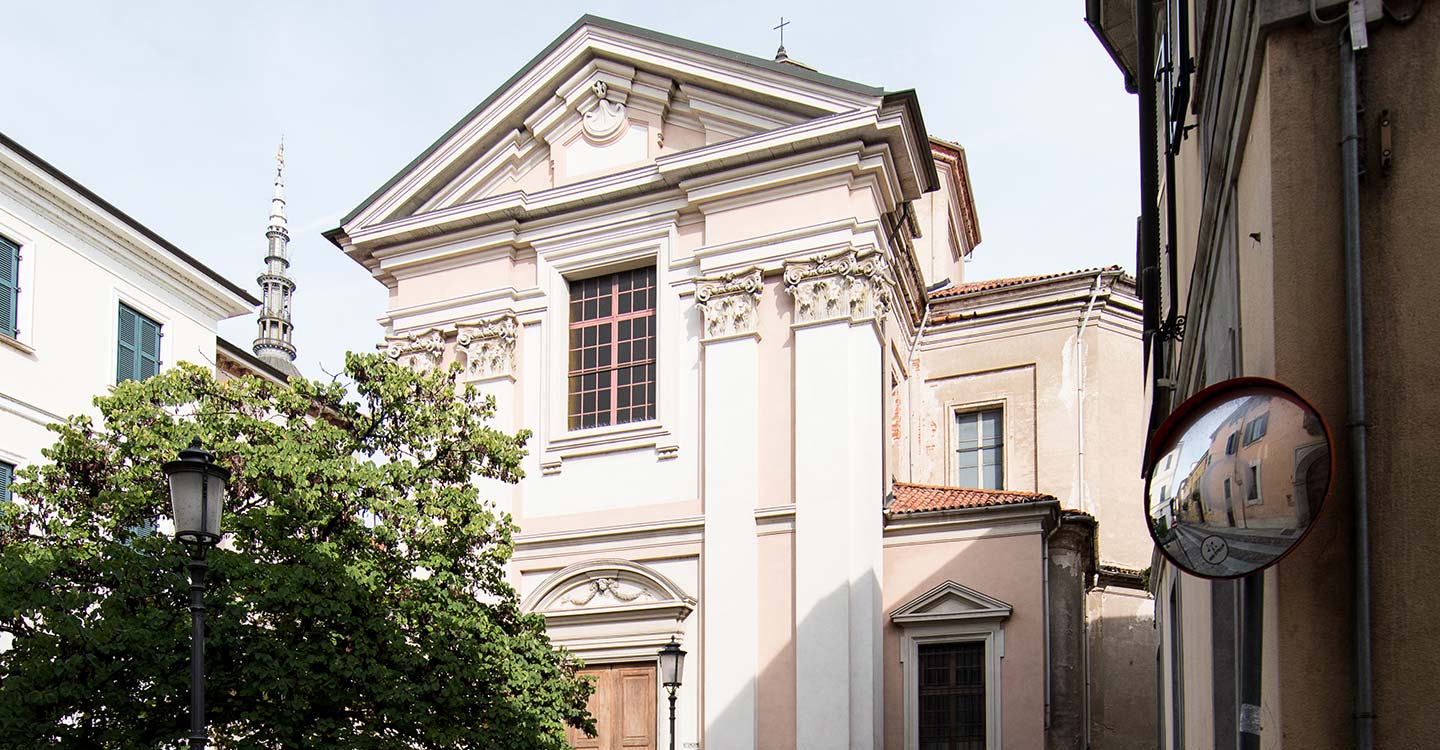 The ancient church of San Clemente, whose beautiful Romanesque bell tower still remains, although not visible from the square in front of the church, became the home of the Carmelites in 1552 after their convent in the suburbs was destroyed.

In 1763, after more than two centuries, the religious decided to rebuild the structure in a more modern style, entrusting the project to the architect Luigi Barberis from Turin.

With the suppression of the Carmelites, the church was entrusted to the Oratoran Fathers in 1806 and, after the Napoleonic parenthesis, it reopened for worship in 1825.

The building was consecrated by Cardinal Morozzo and dedicated to St. Philip Neri.

Its sober and elegant façade features a single row of composite pilasters.

The interior has four chapels, two on either side, with a small cupola on a hexagonal base covering the intersection of the central nave and the transept.

The altars and furnishings reflect the changes in dedication and openness to devotions not envisaged in the original layout, due to the administration of the church by a succession of various different religious orders.