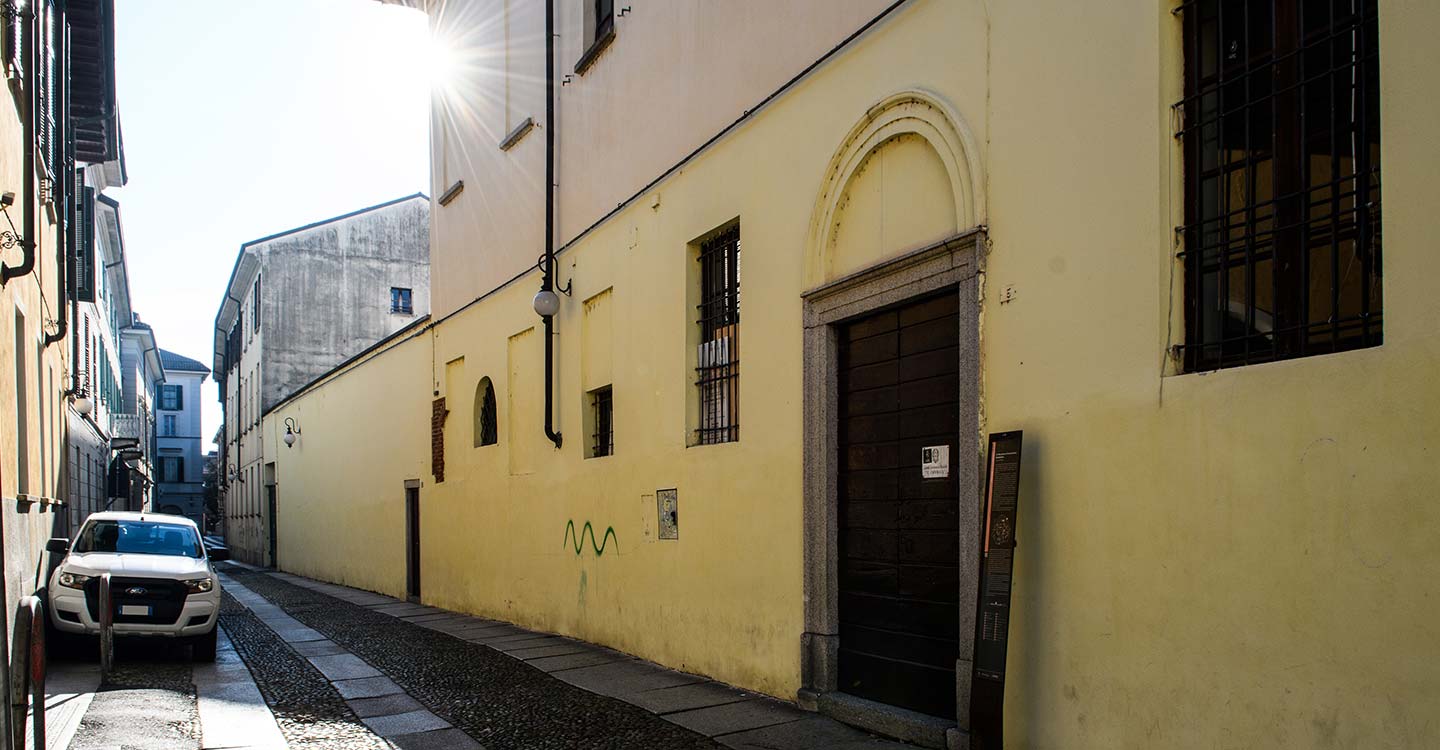 In 1646, the nuns of Santa Maria Maddalena left their monastery outside the city walls and took up residence in the block now located between Corso Cavallotti, Via Silvio Pellico, Via Mario Greppi and Via dell’Archivio.

The complex, which was created from separate residential units, underwent a period of renovation and expansion which seems to have been completed before the pastoral visit of 1765.

In addition to the porticoed monastery building, mention is made of the rustic courtyard with service buildings, the student house and the church, recognised in the city as the largest and finest of all the monastery churches.

The nuns, who came from the most prominent families of Novara, were very active: in addition to practicing weaving and embroidery, they bred silkworms, made shoes and perfumes and played musical instruments.

In 1798, with the arrival of the French, they were forced to abandon their monastery, which was used as a barracks and then as the site of the Napoleonic high school, with the transfer of a portion, including the church, to the Notarial Archive.

The rooms around the porticoed courtyard are still used as part of a school building.