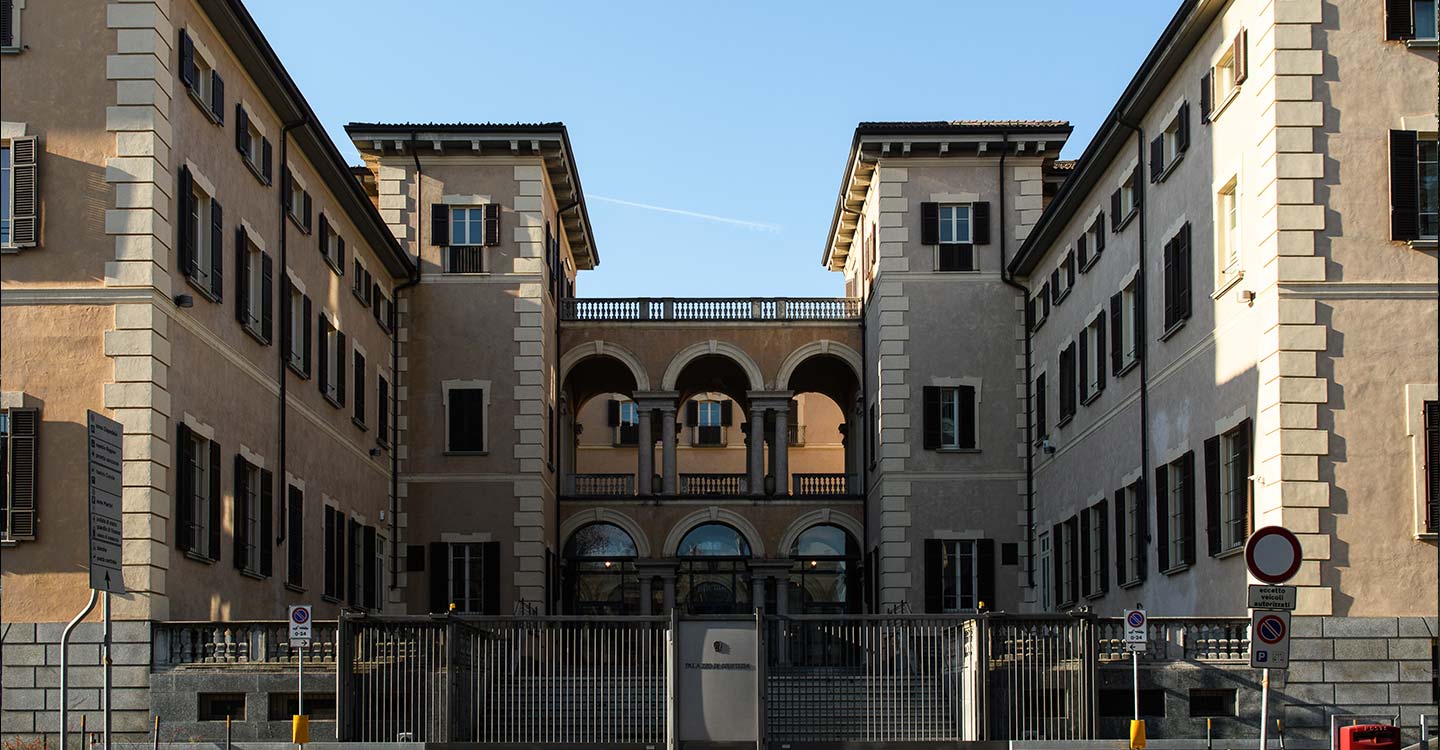 The palazzo, built and extended by the Cacciapiatti family, is a significant example of a 17th-18th century urban residence.

It is now arranged in a U-shaped structure. The central courtyard, surrounded on three sides by a portico with granite columns, opens on the east side with an airy loggia with paired columns, which originally overlooked the garden.

The two wings facing the bulwark were added in the 20th century.

The façade is plastered and features 18th-century style stuccowork. The balcony railings and the gates are fine examples of wrought ironwork.

The redevelopment of the building and the rich interior decoration was carried out by Giacomo Francesco Cacciapiatti, after he received the title of marquis in 1721.

The rooms, with stuccowork, quadratura and frescoes of allegorical and mythological scenes, attributed in part to Francesco Maria Bianchi (1687-1733), reflect the taste of the era. Inside, the Hall of Honour, with its striking decorations, is particular interesting and is documented as the work of the painter Pietro Gilardi (1677-1733).

The 19th-century history of the building saw it pass to the Fossati family. It was acquired by the Municipality in 1924 and is now the seat of the Tribunal.