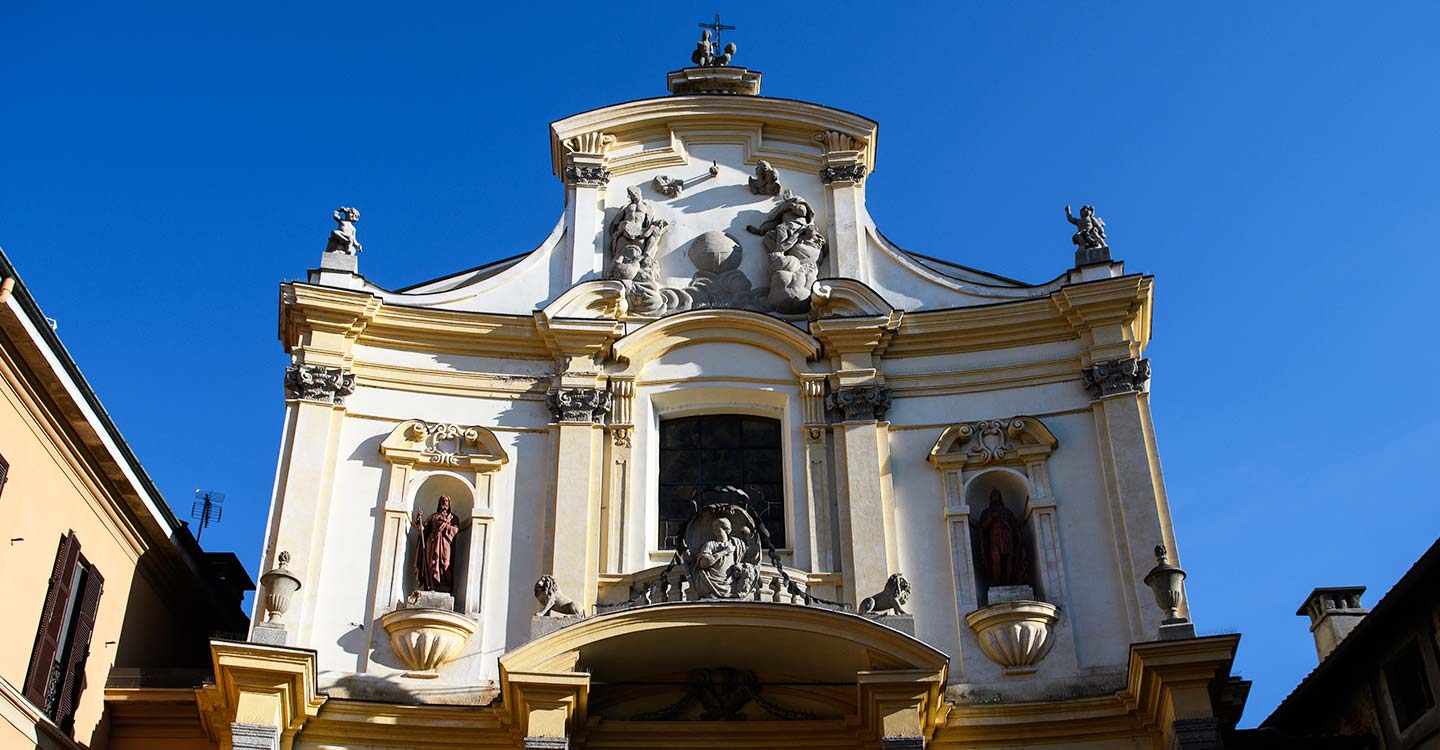 The present-day building was built in 1666 on a previous church that had been administered until 1586 by the confraternity of St. Defendens and was then assigned to the Confraternity of the Holy Trinity of Pilgrims in Rome.

From that time up to the late 19th century, the church was known as the “Ospizio dei Pellegrini”.

The concave façade, built between 1694 and 1698, is decorated in a refined two-colour scheme and embellished by slender columns, tympana and projecting cornices. The portal is framed by a porch surmounted by a majestic window.

The interior, arranged in a Latin cross plan with a large transept, contains lavish works carved in wood, including the pulpit, made between 1682 and 1683 by the sculptor Vallo, and the Rococo-style choir, built in 1775 by G. Olivarez from Corbetta and P. Barengo from Magenta.

Painted works worthy of mention include the dramatic Martyrdom of a Saint, dated and signed by Giuseppe Antonio Pianca in 1745, The Assumption by Agostino Sant’Agostino, from 1677, and St. Homobonus by Bartolomeo Vandoni (1603-1676).

The church furnishings are completed by marble funerary monuments, including that of Count Giuseppe Tornielli Brusati, sculpted in 1843 by Antonio Bisetti.