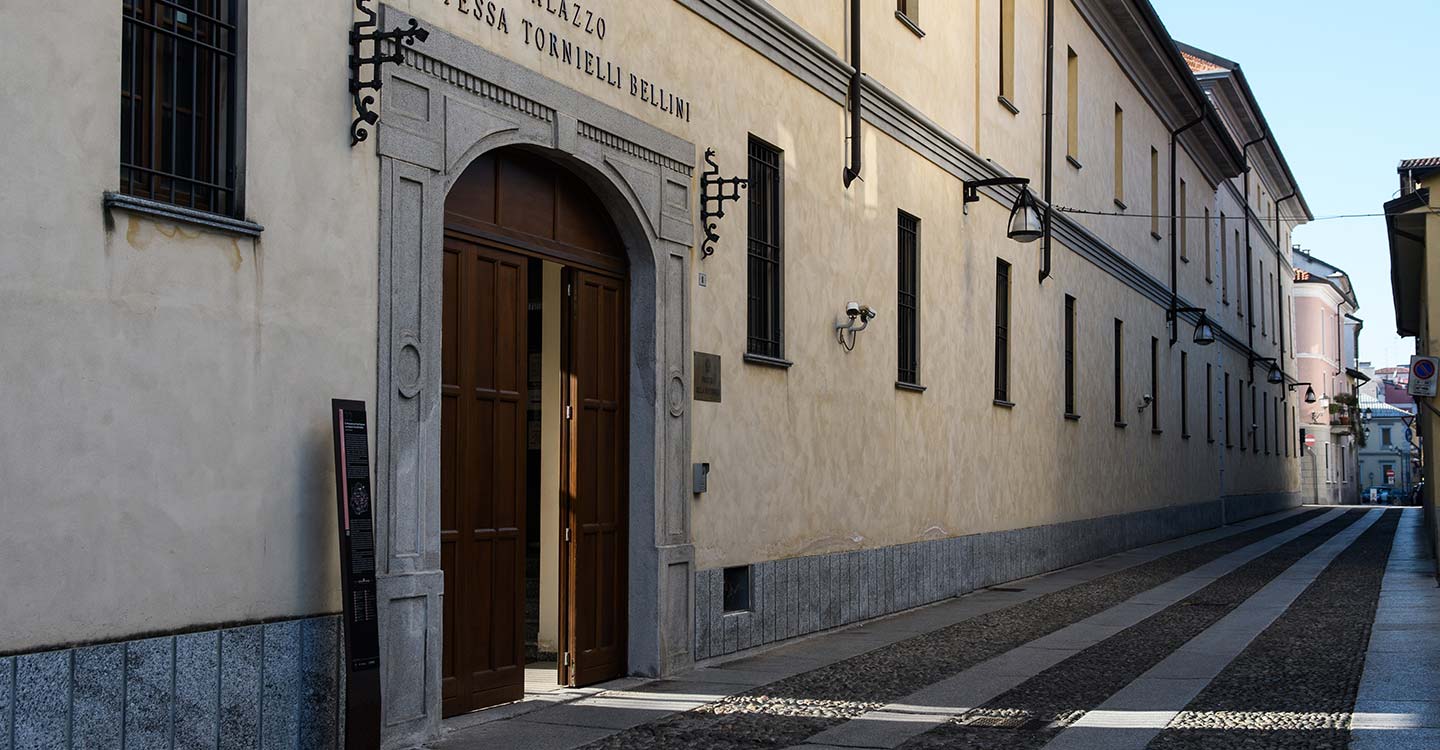 In the mid-13th century, the area included the church of San Domenico built by the Augustinian Friars, who left the site in 1262 and were replaced by the Poor Clares of San Damiano, originally from San Pietro di Cavaglietto.

Detached frescoes of St. Ann, the Virgin and Child and the Mocking of Christ, St. Roch and St. Mammes still survive from the rooms of the monastery, which was dedicated to Saint Agnes since the late 16th century.

In the vault of the original church, which was divided into inner and outer sections, according to monastic tradition, the figure of God the Father can still be seen, with stucco cherubs, festoons and herms. Further finds have been made since the recent restorations.

In 1727, the church was renovated and the façade rebuilt with a design in the Corinthian order; it was also adorned with marble and paintings.

In 1798, the monastery was requisitioned to house French soldiers; it was definitively suppressed in 1810 and the church was used as a warehouse.

The building became municipal property and later housed a children’s nursery school, followed by the Canobian schools and finally the Bellini Professional Institute.

It is now occupied by the offices of the Public Prosecutor.