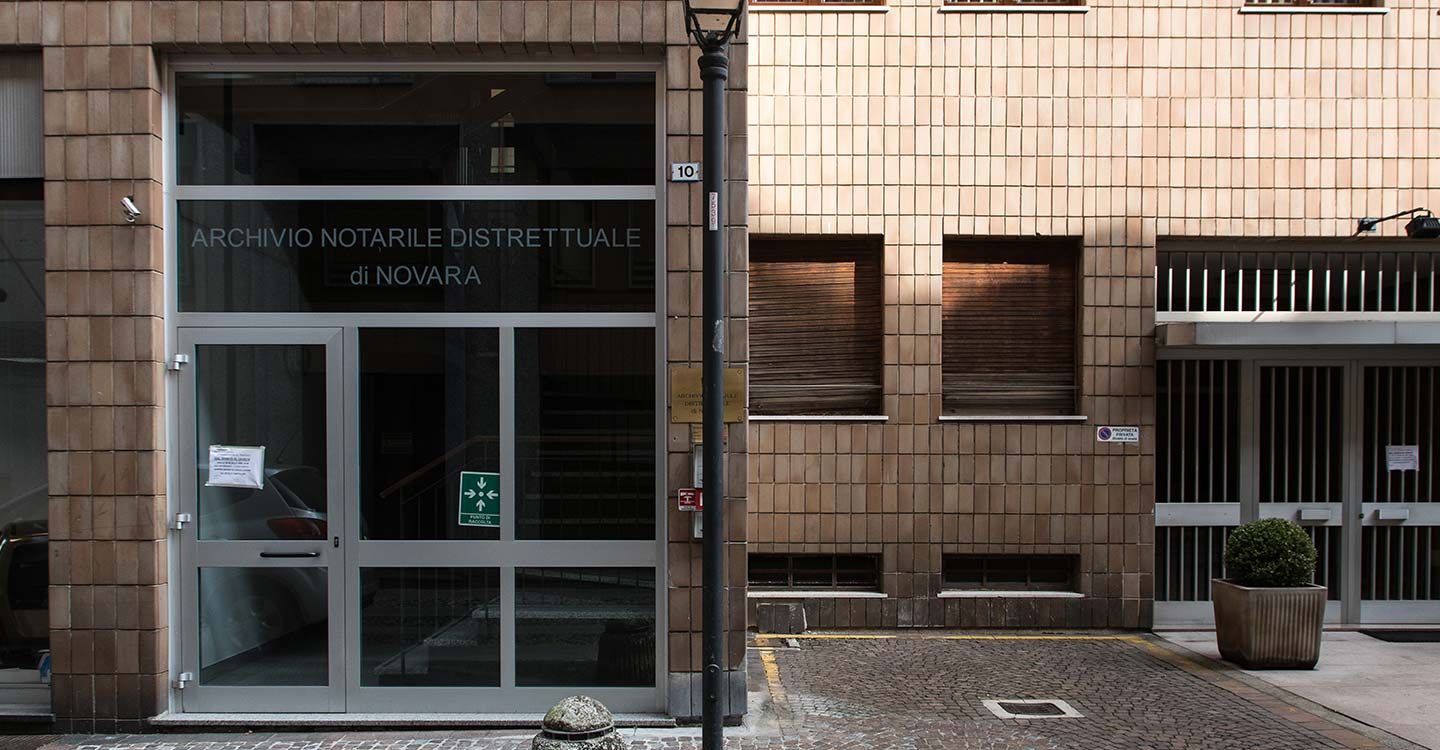 In 1806, following the Napoleonic suppressions, a portion of the monastery of Santa Maria Maddalena was designated to house the notarial offices and archive.

The renovation of the complex was managed by the engineer Luigi Orelli, who designed the conversion of the 17th-century church, originally divided into an inner and outer section. The first works were approved in 1810, when the construction of the grandiose wooden shelving was completed. This was installed along the internal walls of the church (2,340 m2 of usable space), on three levels connected by spiral staircases, and it is still in use today.

The engineer Antonio Busser worked on the façade from 1850 to 1854. He substituted Antonelli’s design proposals with a more austere solution, enhanced by the insertion of ashlar strips and by the entrance, defined by two columns juxtaposed to the masonry and supporting an architraved cornice.

In 1853, it was completed by the sculptor Giuseppe Argenti, who added the sculpture depicting the Genius of Conservation, with papers and scrolls at her feet and her left hand resting on the civic coat of arms.

The wing of the building along Via dell’Archivio is now the seat of the Novara State Archive, established in 1970.