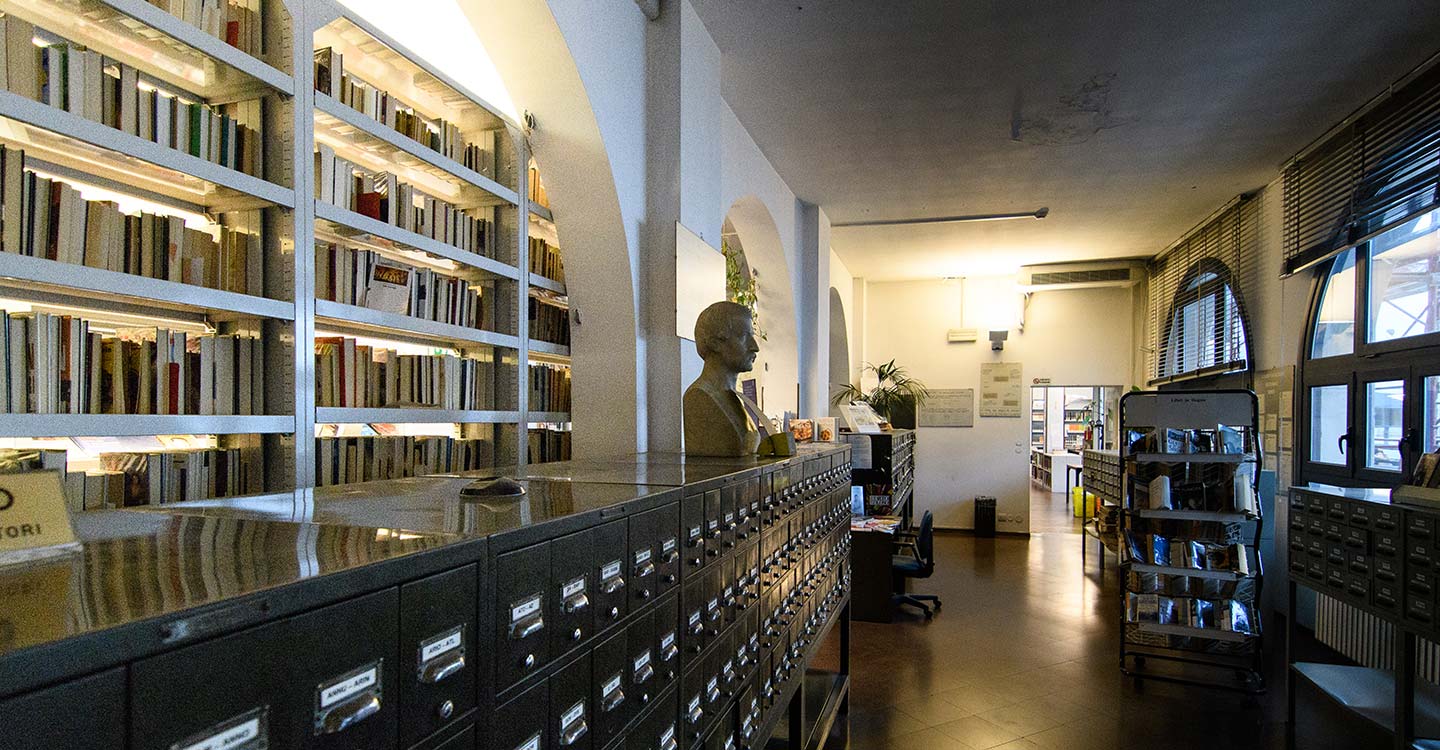 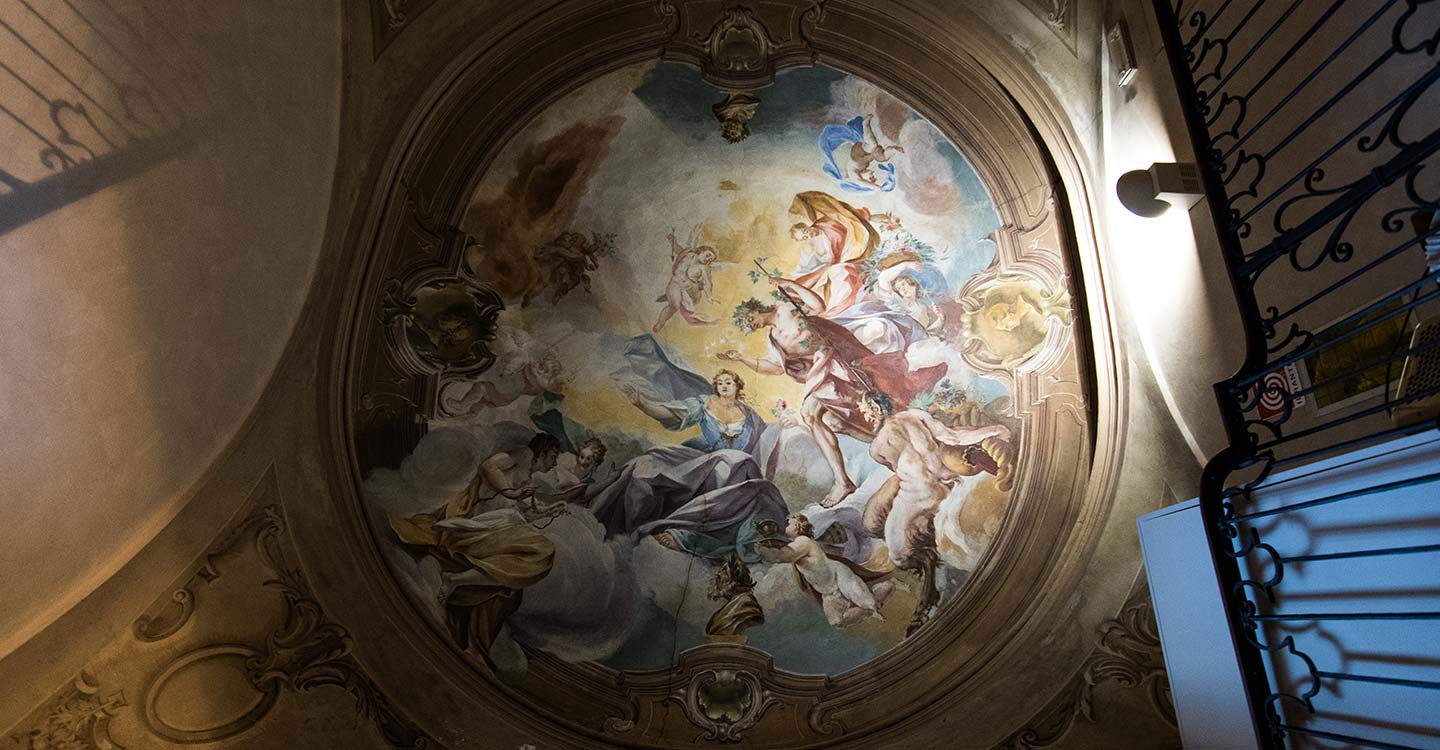 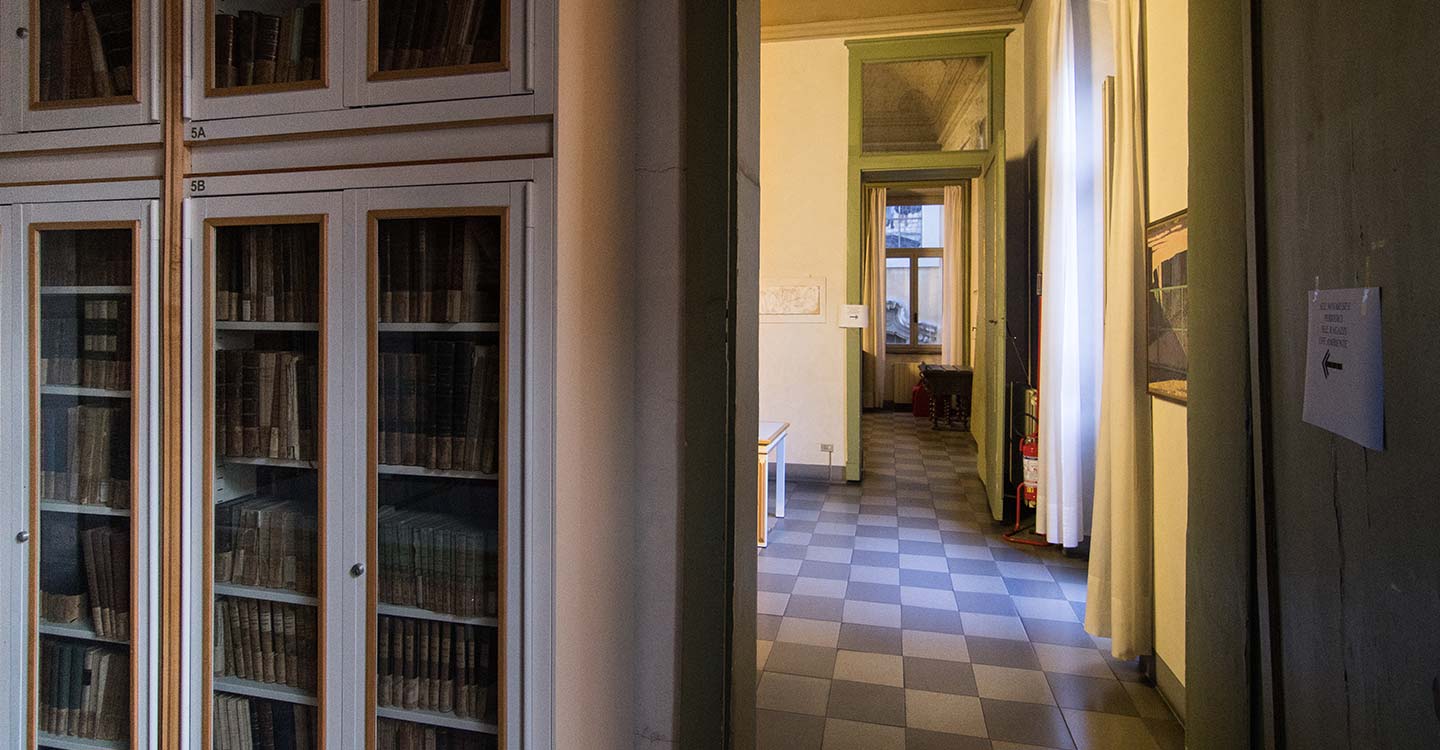 The two buildings, which differ in architectural style and spatial arrangement, were part of a single complex in the second half of the 18th century.

The original layout was changed in the 19th century due to divisions of property and independent building developments.

Evidence of the original structure can be seen in the vaults of some rooms on the ground floor and, in Palazzo Vochieri, in the ceilings painted to imitate 18th-century stuccowork and the 18th-century fresco of the Triumph of Bacchus and Ariadne in the vault over the staircase.

In 1869, the present-day Corso Cavallotti nos. 4-6 was owned by the jurist Carlo Negroni, who on his death in 1896 left the building and his book collection to the City, with instructions to establish a public library there.

This led to the unification of this private collection and the public library, which had been housed in Palazzo Orelli since 1852.

The renovation works for the public opening, designed by Guido Oliverio in 1904, included the creation of the main staircase and the arrangement of the images of the library’s benefactors on plaques in special niches.

Further rational arrangement of the building was carried out after 1959, with the demolition of one structure and the construction of a modern block.

The original link between the two buildings was recovered in 1990, when Palazzo Vochieri was restored in order to house particular sections.