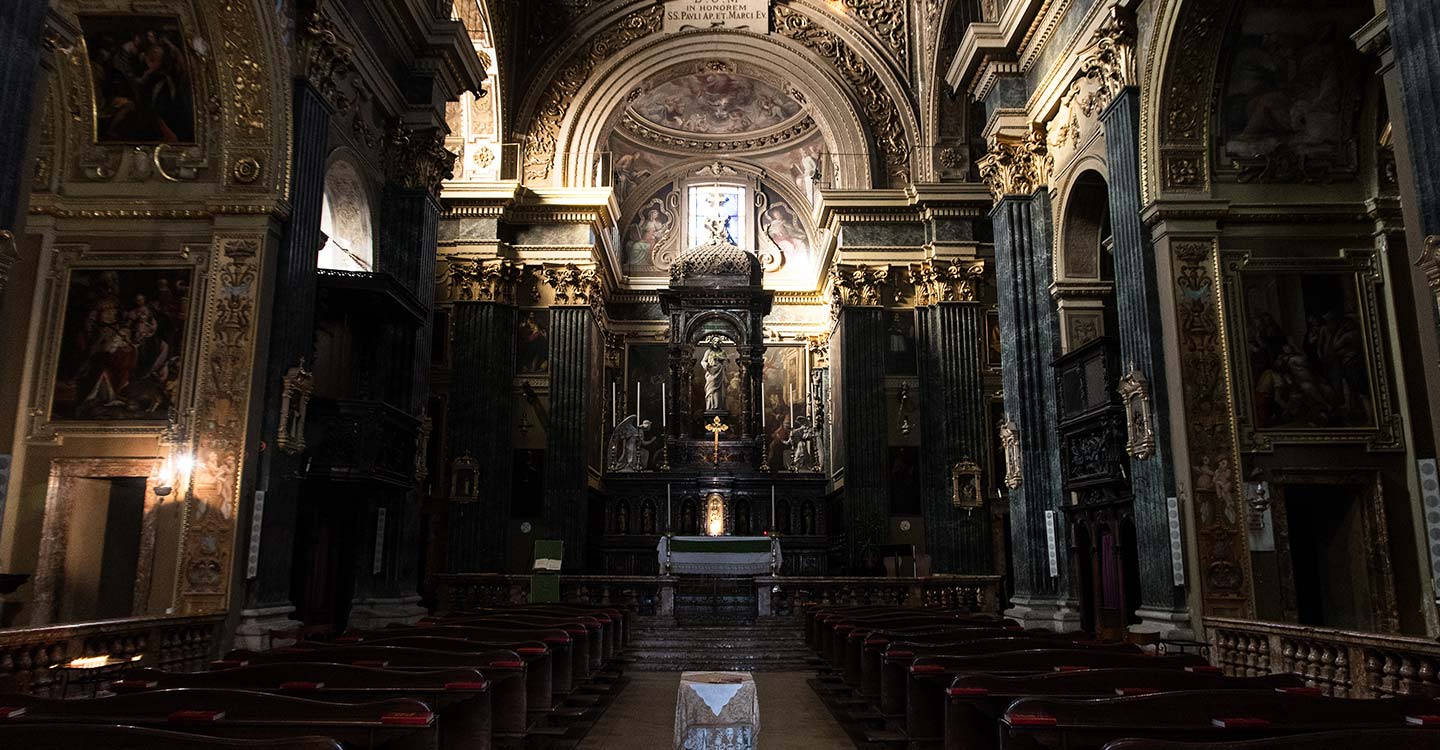 The building is one of the most interesting examples of religious architecture in the city and represents the construction renewal launched in the diocese during the episcopate of Carlo Bascapè (1593-1615).

The construction of the church was promoted by the bishop, a collaborator of St. Charles Borromeo, who laid the first stone in 1607 and entrusted it to the Barnabite Fathers. The design is attributed to Fr. Bernardino Ferrari.

The façade of San Marco comprises two levels, punctuated by columns and niches with statues of saints, following the Counter-Reformation model.

The interior has a single nave, with three chapels on either side, and the transept is surmounted by a dome with a rectangular base.

Its lavish interior provides a true anthology of 17th-century painting in the region. The large canvases of the Martyrdom of Saint Mark by Daniele Crespi and the Martyrdom of Saint Paul by Francesco Carboni in the presbytery, painted between 1626 and 1629 in Milan and Bologna respectively, are worthy of note, as are the three works by Pietro Maggi in the choir, featuring episodes from the life of St. Mark, from between 1701 and 1703.

The chapel of San Carlo, refurbished by Bishop Bascapè for his own burial, houses paintings and frescoes by Moncalvo (1568-1625) that are typical of the devotional painting of that era.

The wooden confessionals are also of importance due to their iconographic programme devoted to St. Paul and the refinement of the carving.