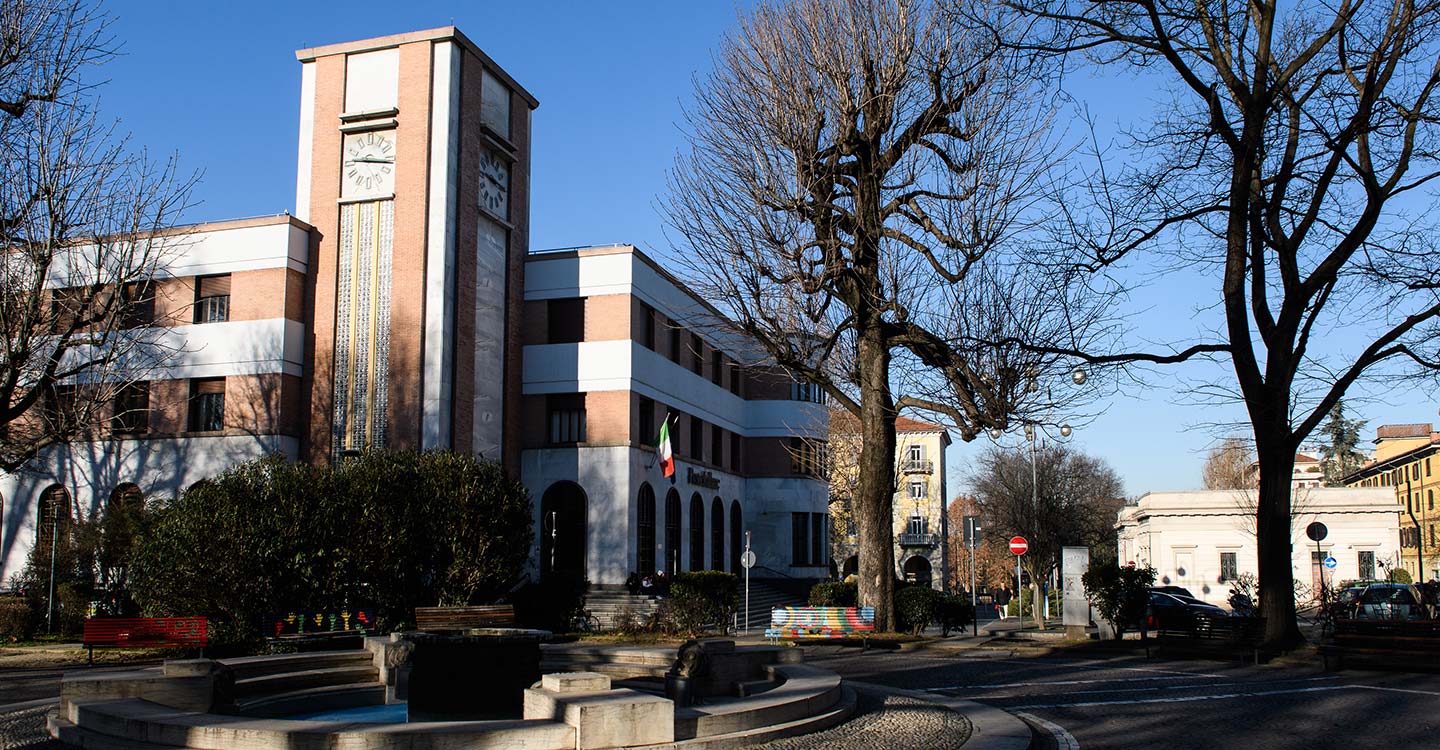 The Post Office Building was built between 1932 and 1935 on the site of the former Politeama Theatre, which became the Giuseppe Verdi Theatre, designed by architect Paolo Rivolta and demolished in 1930.

Built from a project by architect Angiolo Mazzoni, it reflects the changing tastes of the time and the phase of renewal that pervaded Novara in the 1930s.

Angiolo Mazzoni, a prolific designer during the twenty years of Fascism, was architect for the newly formed Ministry of Communications, which was also in charge of railways at the time; this role gave him the opportunity to produce several projects for post offices and train stations.

Thanks to its large portico above a monumental staircase, this massive and compact new building, dominated by its clock tower, manages to establish a connection with the urban spaces of 19th-century origin in Piazza Martiri and Via XX Settembre.

Inside, beyond the portico and the atrium, is the empty space of a large public hall, where imposing stone surfaces contrast with the bright and airy glass block barrel vault.

In 1998, it was declared a valuable modern city building by a committee of the Association of Architects as part of the national operation “Architettura firmata”.