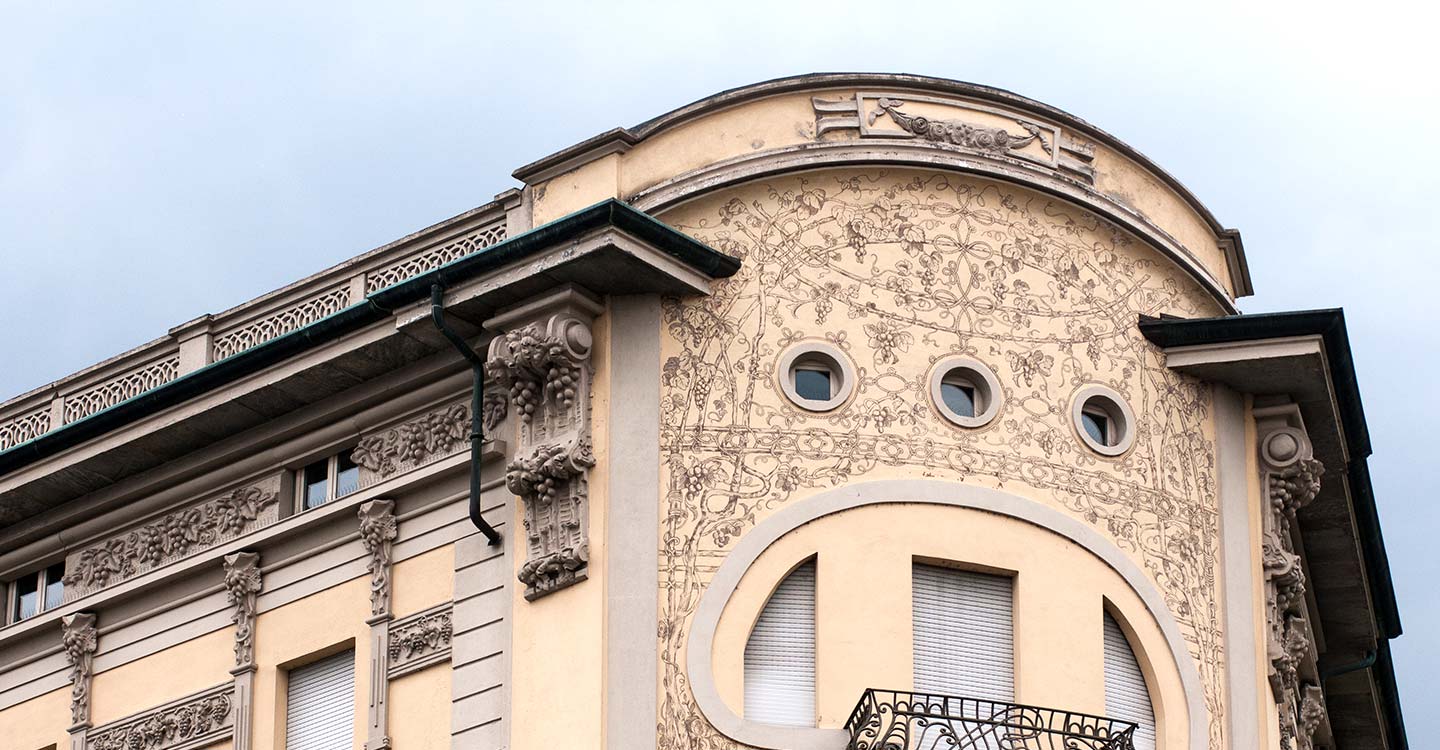 Casa Fiorentini was built in the first decade of the 20th century (1907-1910) on the corner of Viale Dante and Via XX Settembre from designs by the engineer Giuseppe Passerini.

Its Art Nouveau inspiration is revealed in its decorations and the curving flow of its corner facade, dominated by richly ornamented balconies that mark the division of the building into three floors and frame the elegant entrance to the large portico that occupies the ground floor.

The striking corner solution, in Parisian style, neatly resolves the difficulties of the steeply sloping terrain and road.

Casa Bottacchi, located in Via XX Settembre just past Casa Fiorentini, is a rare architectural and decorative example of the face of Novara in the early 20th century.

The numerous terracotta decorations from the Bottacchi kiln that frame the windows of the building’s main façade modulate its straight lines with a Neo-Renaissance-style look.

The portico on the ground floor is the most significant architectural element and the connecting link with the structures of the city.

The Via XX Settembre area, conceived as an extension of Corso Italia, with its large porticos, is the only example in the city where the urban model of Turin has been followed, characterised by rental properties with spacious apartments for leasing to the city’s upper-middle class.