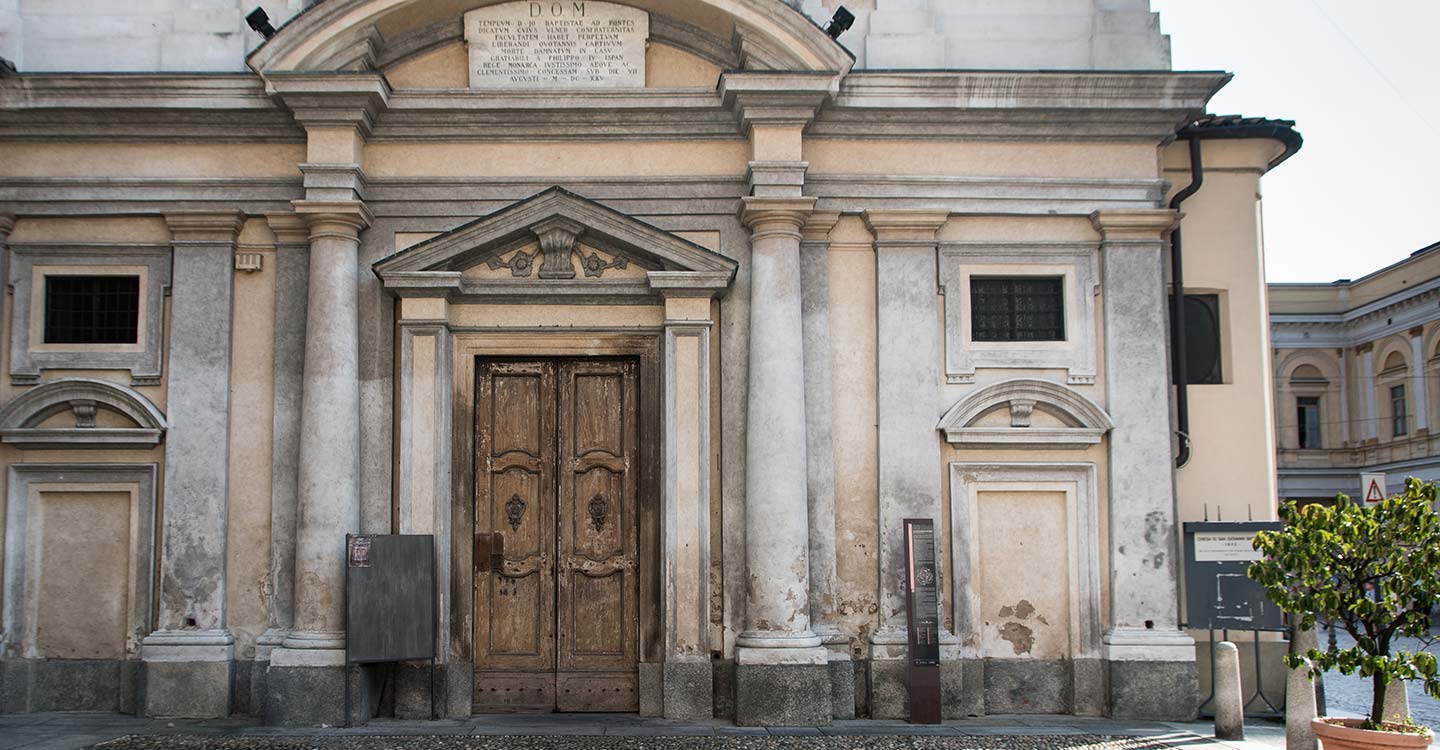 The church, home to the confraternity of the same name, which provided assistance to prisoners sentenced to death, was built between 1635 and 1643 by the architect Giovanni Maria Saracco.

The tripartite façade, completed in 1657, is traversed by vertical and horizontal architectural elements that frame the portal, the windows and the niches containing the statues of St. John, St. Roch and St. Louis.

Inside, the single nave is distinguished by four square granite columns and houses a precious high altar made in 1712 by Francesco and Domenico Pozzo. The choir at the rear contains wooden stalls from 1699, designed by Pietro Francesco Prina.

The statues of the Madonna of Caravaggio and St. Roch, from the late 15th century, are also worthy of note.

The canvases on the walls of the nave, presbytery and choir reflect the evolution of painting from the 17th to the 18th century.

Next to the church stands the Tomb of the Executed, built in 1671 and converted in 1920 into a chapel dedicated to Novarese soldiers killed in war.