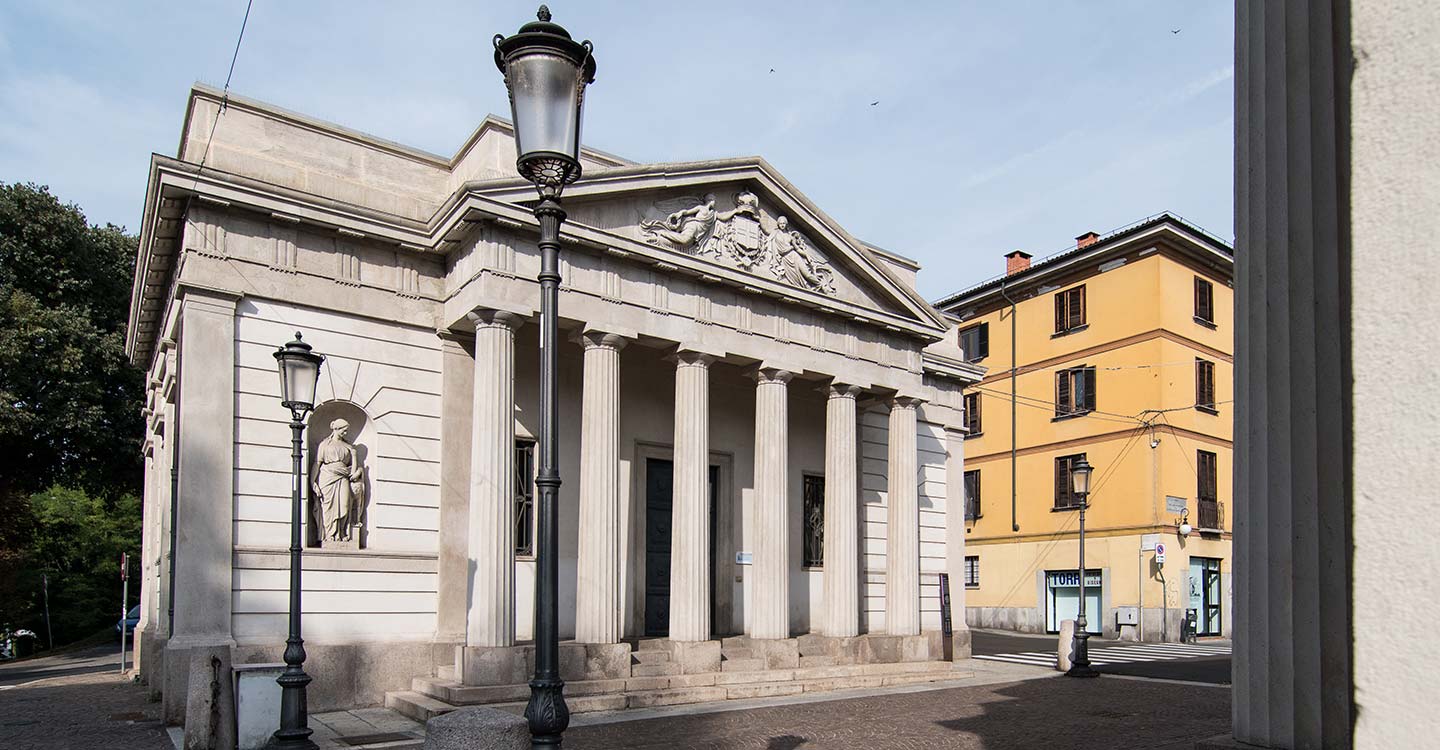 In 1836, the Novara City Council decided to demolish the four city gates and replace them with architectural structures serving the function of customs houses.

The ancient San Gaudenzio gate, which led to the largest and most populous suburb of the city, had seen an increase in the transit of goods with the construction of the Stock Exchange building, which had its entrance on the same road.

The design of the facing twin buildings, one intended for the guard service and the other for the collection of customs’ dues, was entrusted to Antonio Agnelli. The solution was part of a broader urban planning project, which, with the opening of the Royal Road, connected the ancient core of the city to the expanding suburbs.

The essential spaces of the buildings are characterised by the use of the Doric order and enhanced by sculptural decoration entrusted to Giuseppe Argenti. The complex iconographic programme (from which the statues of Royal Beneficence and Gratitude on the left, and Agriculture and Trade on the right, still exist) was defined by the historian Francesco Antonio Bianchini. The symbolic message is the celebration of the virtues of Charles Albert and the economic role of the city in the Savoy State.

The Albertina Barrier was opened on 4 November 1837, feast of the King’s patron saint, together with three other monuments. The ceremony, which had a precise political and symbolic objective, was organised by Giacomo Giovanetti, Charles Albert’s advisor.