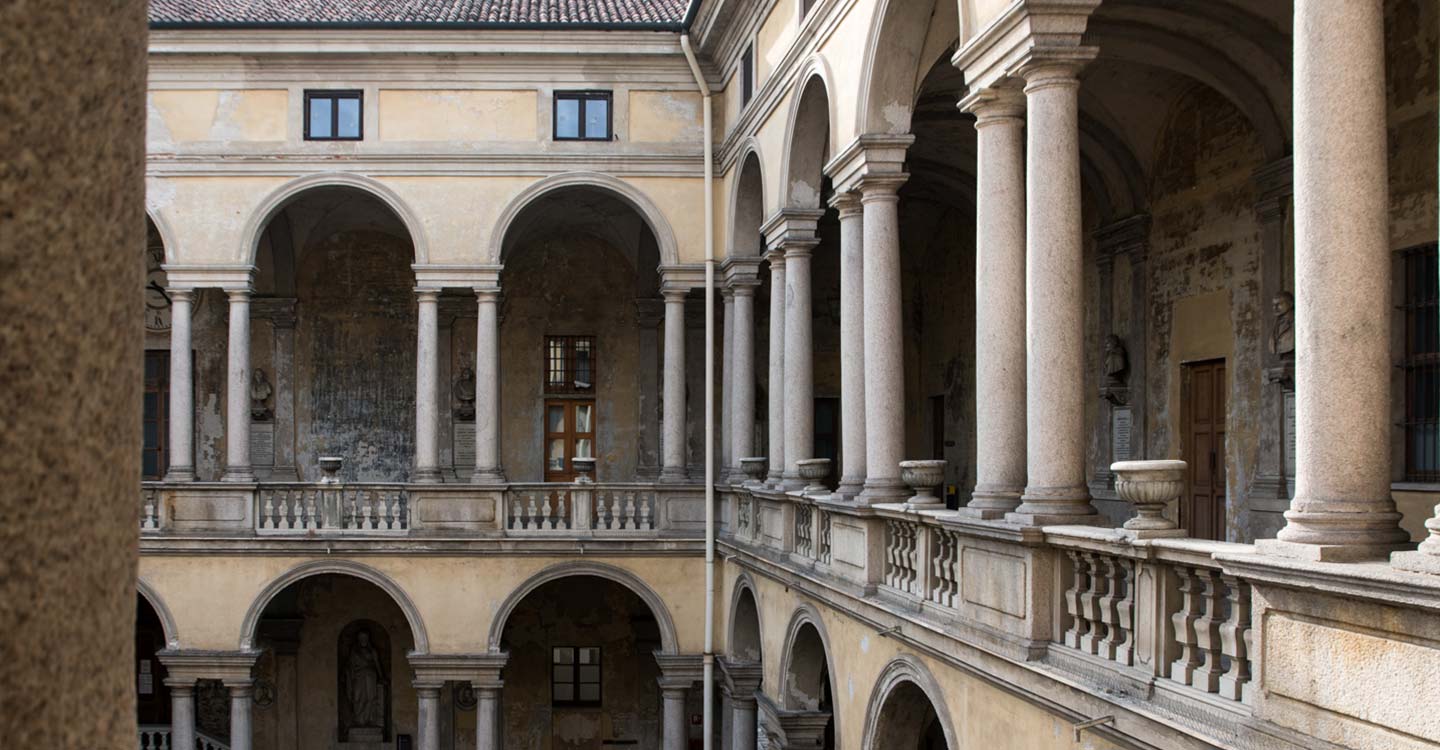 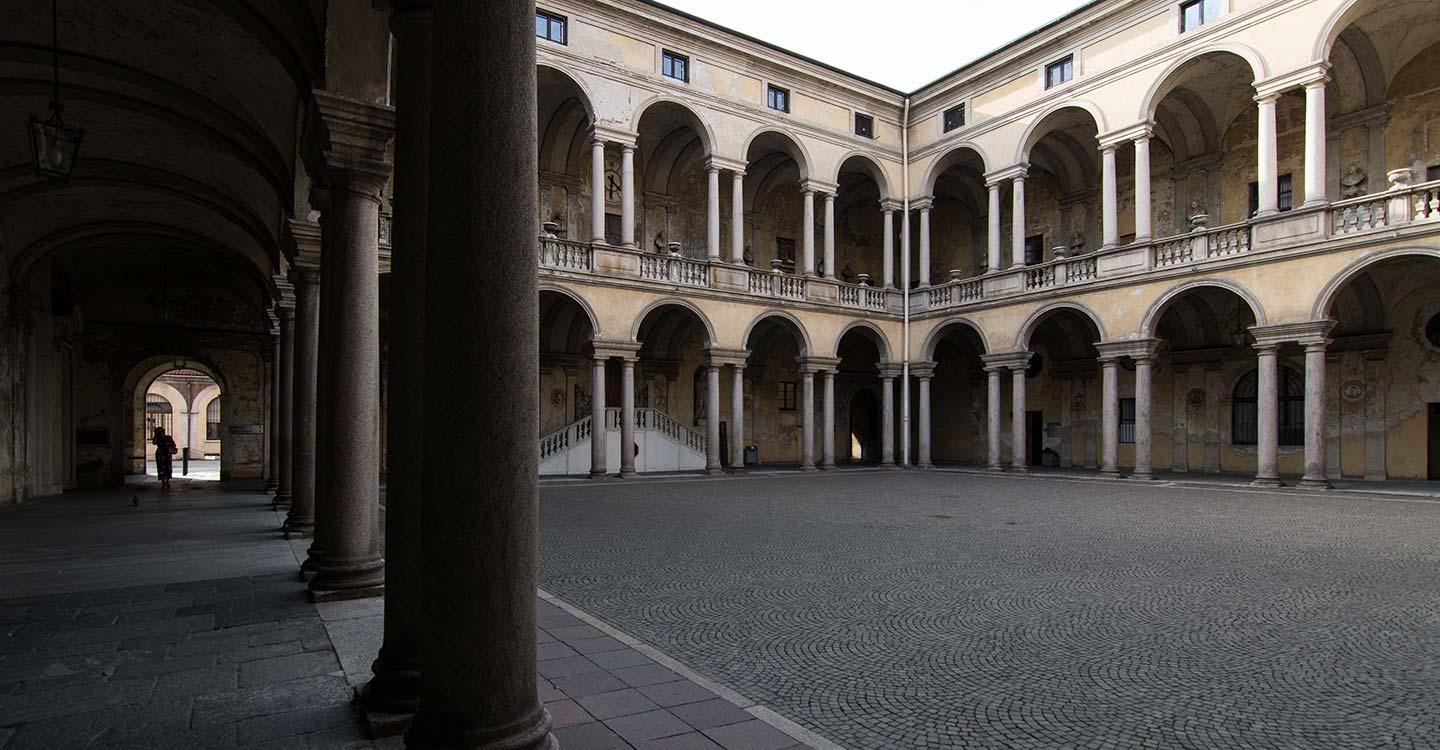 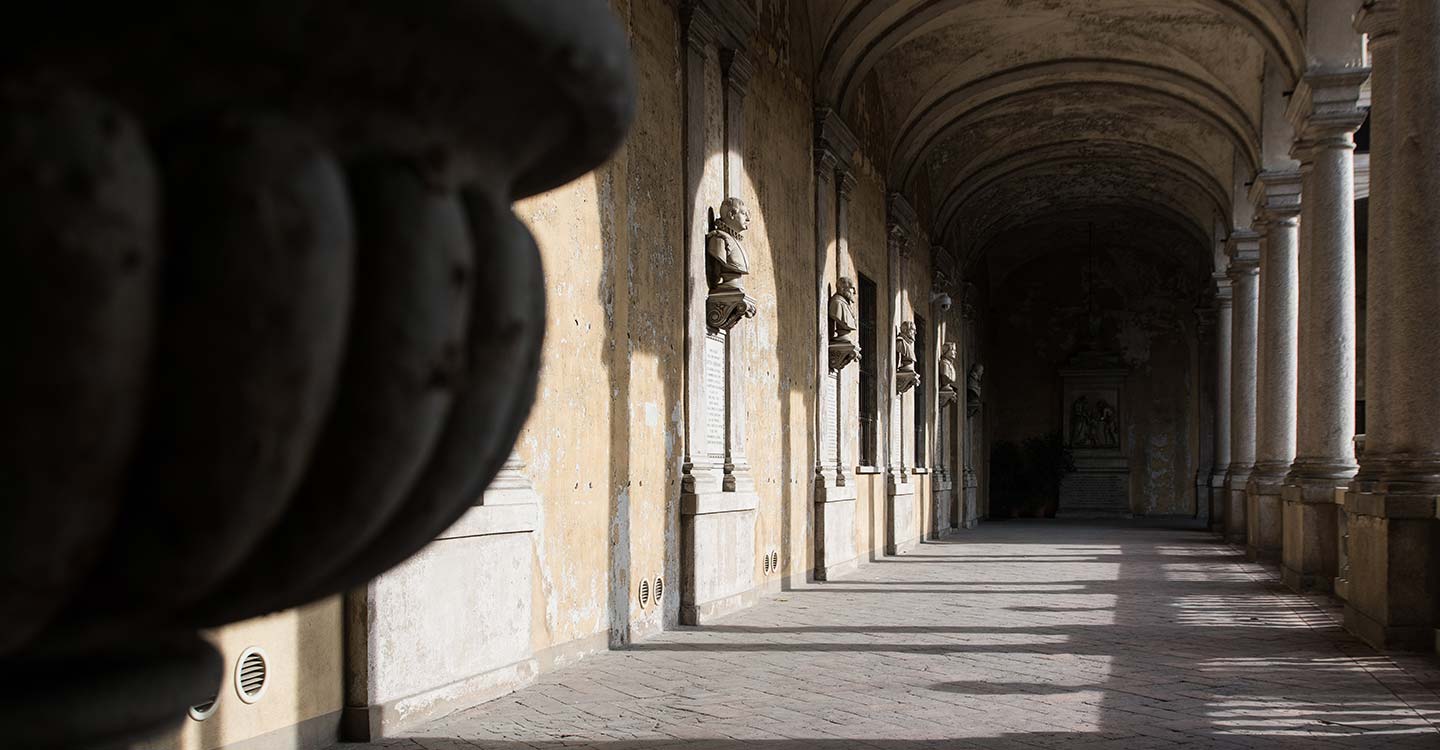 Alessandro Antonelli took charge of the expansion of the old hospital in 1850. An initial grandiose project for the hospital, entitled the “Regulatory Plan for the Pious Institution”, was reduced by the hospital administration, for economic reasons, merely to the design of a new, spacious infirmary.

A second study (1856-1858) proposed the creation of an L-shaped block connected to the remaining portion of the building by two lateral corridors. The starting point for the extension work was the “great ward”, designed by architect Stefano Ignazio Melchioni and built from 1820, which formed the main front portion of the complex facing the city.

Hygienic aspects were addressed through construction features that also characterised the design of the building: windows with grilles, for continuous ventilation, and turret skylights above the service corridors, to provide light filtered by the shade of the portico running along the upper section of the building.

Antonelli also applied his signature construction method to this project: load-bearing masonry was substituted with plinths connected by vaults to brick pillars.

This pioneering structure is still in use today and can be seen in the internal area of the complex, near the church, which was added in the 1930s.