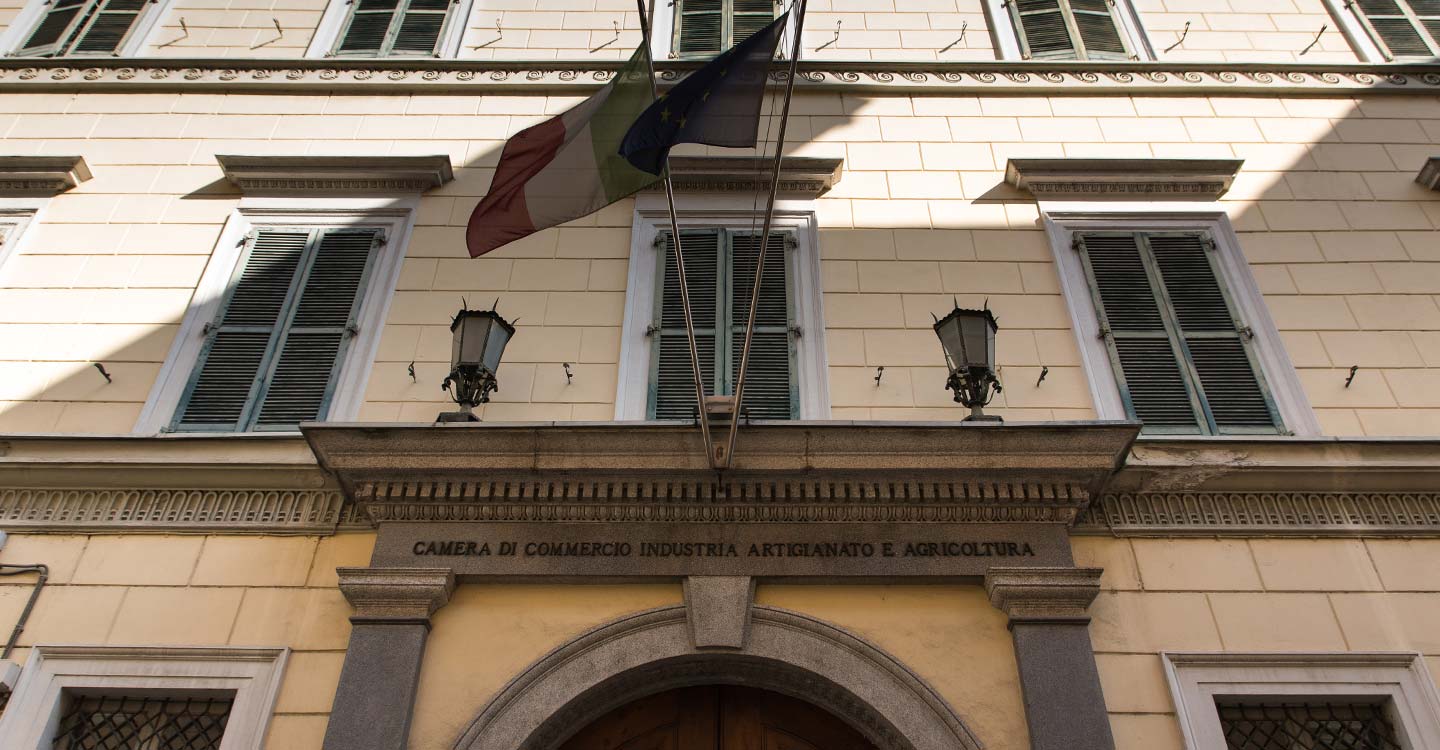 Palazzo Avogadro, now the seat of the Chamber of Commerce, has links with the old family that has always been at the forefront of the city’s political and social life.

The architect Alessandro Antonelli, invited to renovate the structure of an 18th-century noble building, enlarged, refurbished and remodelled the space and the building envelope in Neoclassical style.

The design, severely constrained by the existing structures, can be seen in two drawings, both studies, preserved at the Gallery of Modern Art in Turin.

Despite the fact that the second floor was raised, the façade preserves its original distinctly horizontal layout; to give the façade greater momentum, the designer used decoration in a plastic manner, recovering and enhancing vanishing points, starting with two beautifully decorated stringcourses, the upper one of which features Greek waves, and a cornice with characteristic modillions, thus renewing the building’s architecture and urban presence.

Antonelli’s work can also be discerned in the internal façades of the courtyard, with the exception of the 18th-century portico and loggia at the far end.

In the late 1920s, some elements of Antonelli’s renovation were lost, when the Chamber of Commerce occupied the rooms that were once used by Banca d’Italia.