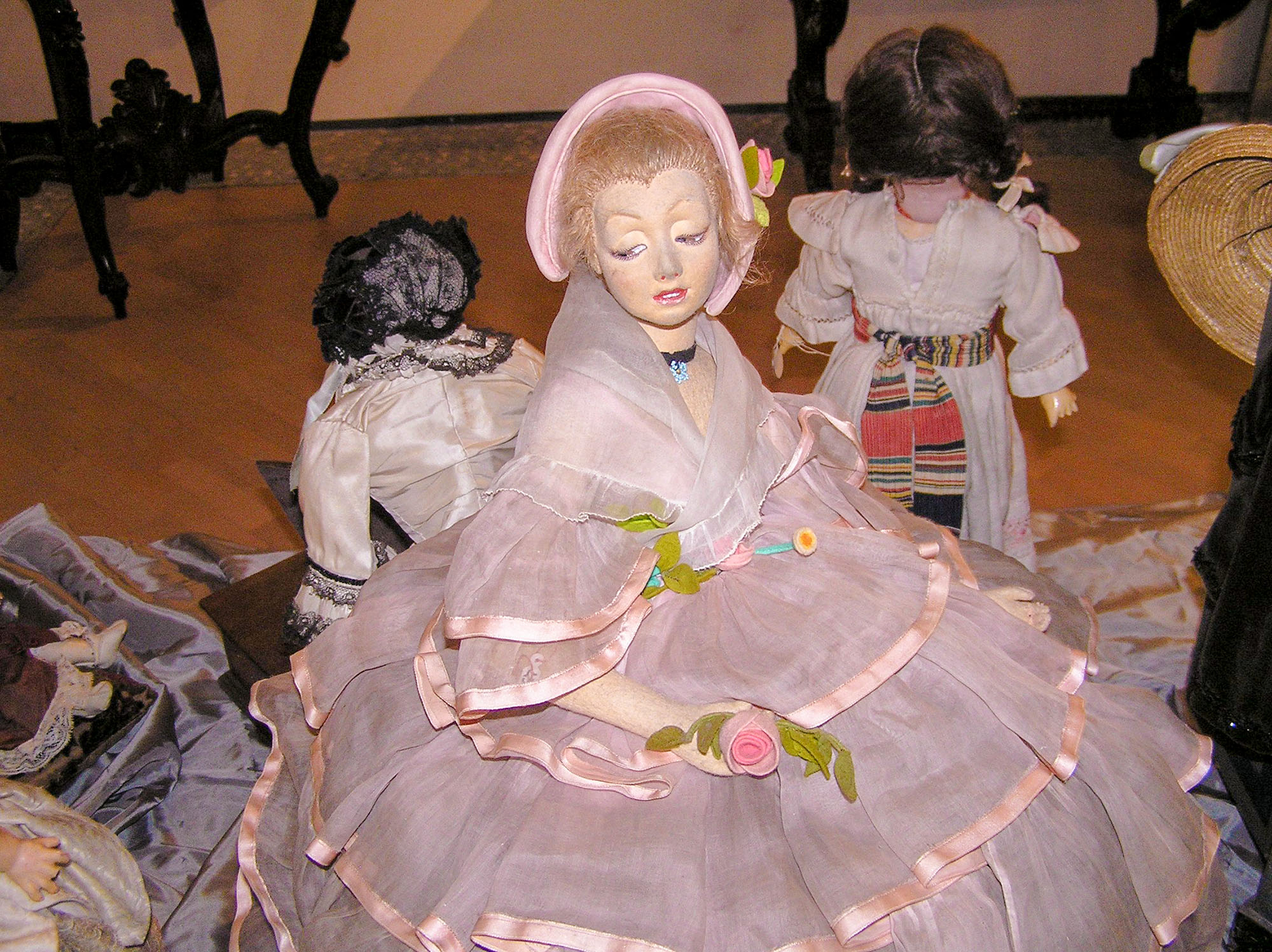 The Toy Museum lies in the exhibiting rooms at the grounf floor of the Rognoni Salvaneschi House, in Canobio Street, 12.
The 1985 Alessandra Rognoni Salvaneschi’s legacy offered the community the fifteenth-century building, along with the valuable family’s forniture and a great collection who holds historical, artistic and cultural value. Among this we can find embroideries, clothes and in important, vintage toys collection.

The museum opened in Semprembte 2012 and it holdshundreds vintage toys, some of them with significant historical value. Alessandra Rognoni collected these toys in her life, and they represent one of the most important collection of this kind in the Peidmont region.

This exposition gathers toys used at the end of the XIX century and at the beginning of the XX centuryand belonged to the collections of the Museum House. You can find dolls, puppets with their theatre, magic lanterns, board games, miniatures of daily objects tools, means of trasportation, ships, trains and toy soldiers, which children used to mimic the adult life while playing.
There are also miniatures of kitchen’s tools and flatware for little girls, who could pretend to become perfect housewifes.

Nowadays we think toys are connected to the childhod years. This hasn’t always be the case. In the XVII-XIX centuries, as thebourgeoise grew in power, the importance of childhood became clear and toys were used as instructive tools. The recognition of this free and fantastic essence of “pleying” signed the use of tools just for children: toys.

in the second half of the nineteenth century the “teatre play” develops, symbol of two far away and different tradiotion: the popular one with shows in the streets held by puppetmasters, and the aristocratic one of the “marionette” theatre.
Puppetmasters moved diligently with threads the main characters of the show: the puppets, playing the most beloved fairytales.
Magical lanters are also well admired. Thanks to them, we were slowly introduced to the movement of images through light, which led to the modern forms of animation

Between the second half of the nineteenthcentury and the beginning of the twentieth century, the industrail toy begins to represent the adult world. The main goal id to educate little girls in house chores, and prepare little boys fot the working environment. This was seen as a fondamental stage in the education from childhood to adulthood.

At the beginning they were directed for adults, just to have fun or killing time, but with the development of children toys and games, they managed to hold another pedagogical and educational meaning. The materials used were simple, like paper and wood, and betweenthe second half of the nineteenth century and the beginning of the twentieth century they take their place in the market, which later decides to creates some games just for children.

Dolls have old origins, and have always been a key toy through history. They weren’t (aren’t) just toys. This is a clear concept, seeing that they are little humans. Their charm is tempting for children and adults, and they are still symbols and vehicle of emotion and desires.

Children have the desires to emulate the adult world and actions. Tha’s the reason of production of little miniatures like ships, soldiers,means of transport. Real masterpieces who used to be made by artisans.
Since the nineteenth century lots of factories start to produce them, using different materials such us tin, lead, metal sheet and, later, rubber. 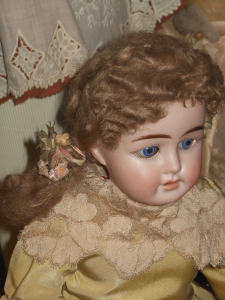 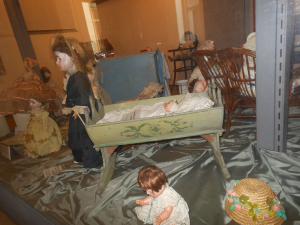 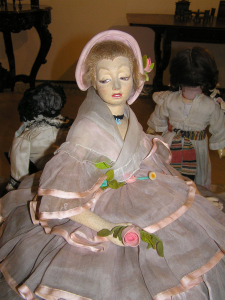 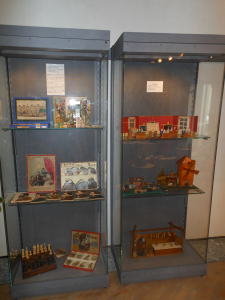 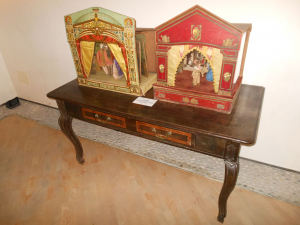 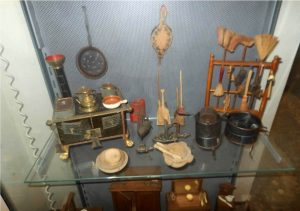 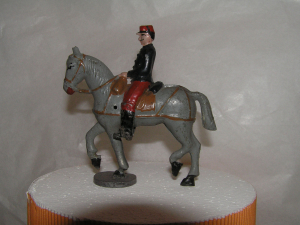 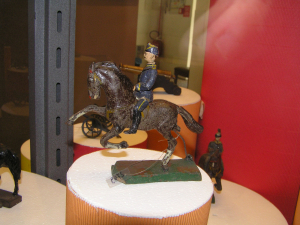 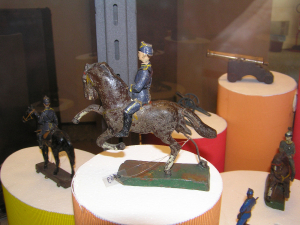 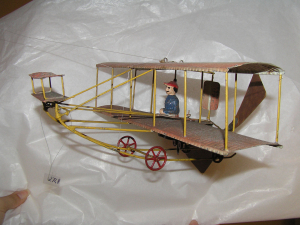 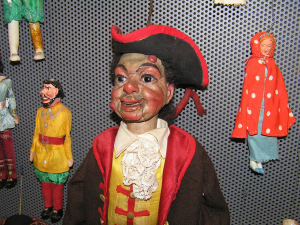 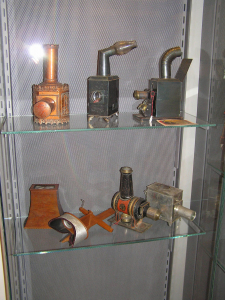 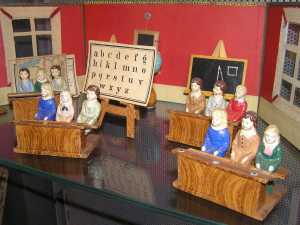 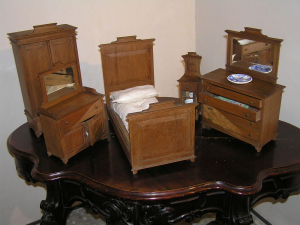 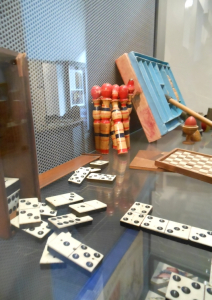 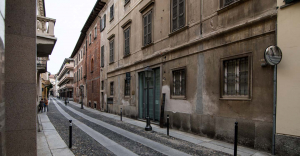 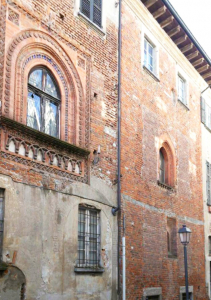 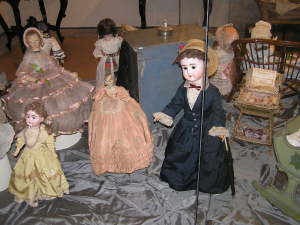