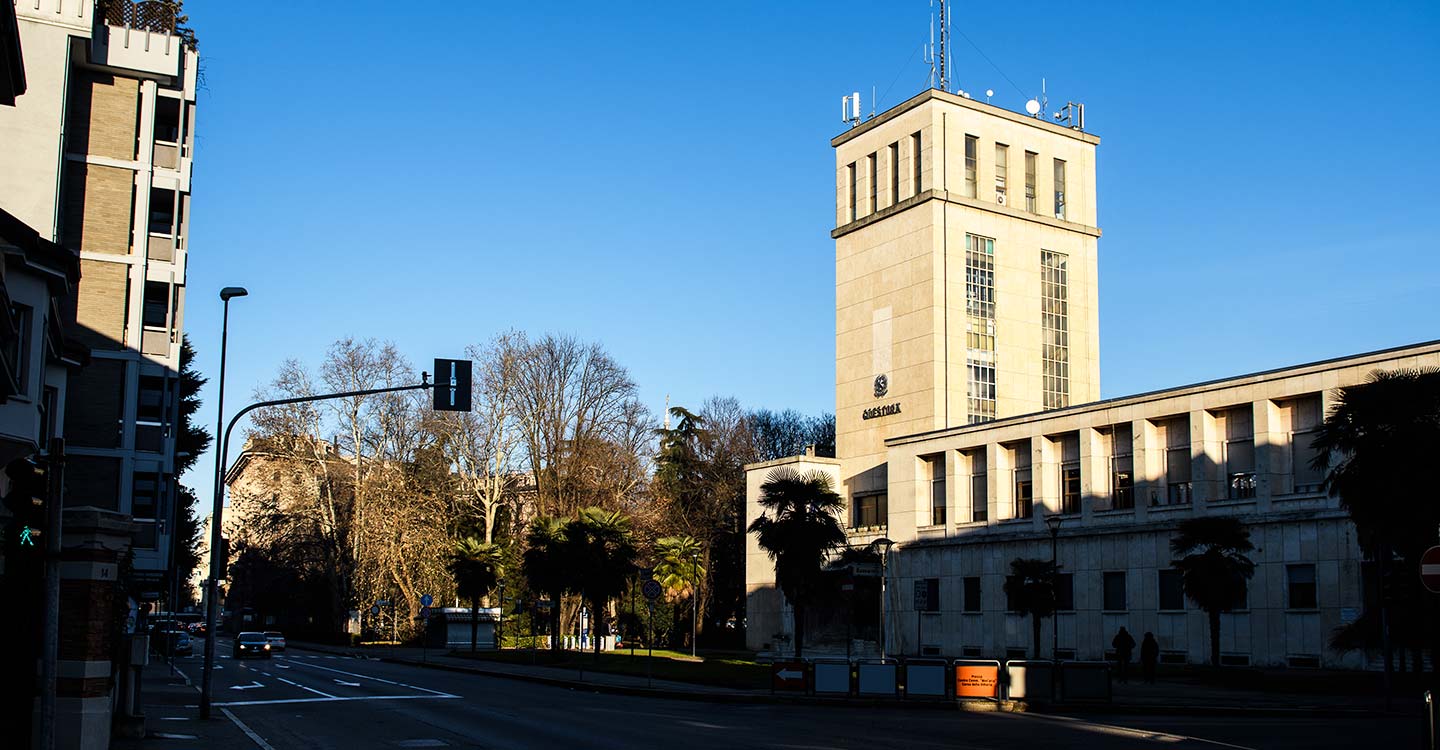 Designed by Marcello Piacentini, the new Casa del Littorio (Fascist party headquarters) was completed in 1939, on the edge of the public gardens (the “Children’s Park”), at the intersection of Via Balilla (now Via Biglieri) and Viale Buonarroti, in present-day Piazza del Popolo.

It is a vast multifunctional complex with space for meeting rooms, a theatre-cinema, a gymnasium and a radio communications tower.

The headquarters of the National Fascist Party (PNF), the Provincial Federation of the Fasci of Combat, and other organisations connected with the party were transferred here, one after another, between 1939 and 1940.

Distinguished by its massive bulk and imposing square spaces lined with limestone, the former Casa Littoria is an important example of fascist architecture in Novara, along with the Post Office Building, the San Lorenzo Kindergarten and the I.N.A. palace.

The external façade of the Casa Littoria featured symbols of the regime – including a large fasces lictoriae – which were removed after the war, when the building was renamed “Casa del Popolo” and made into the headquarters of the Chamber of Labour.

In 1945, a wing of the building temporarily housed the Novara Federation of the Communist Party, but after a few years the building returned to public use and currently houses the police headquarters and the command of the Guardia di Finanza.