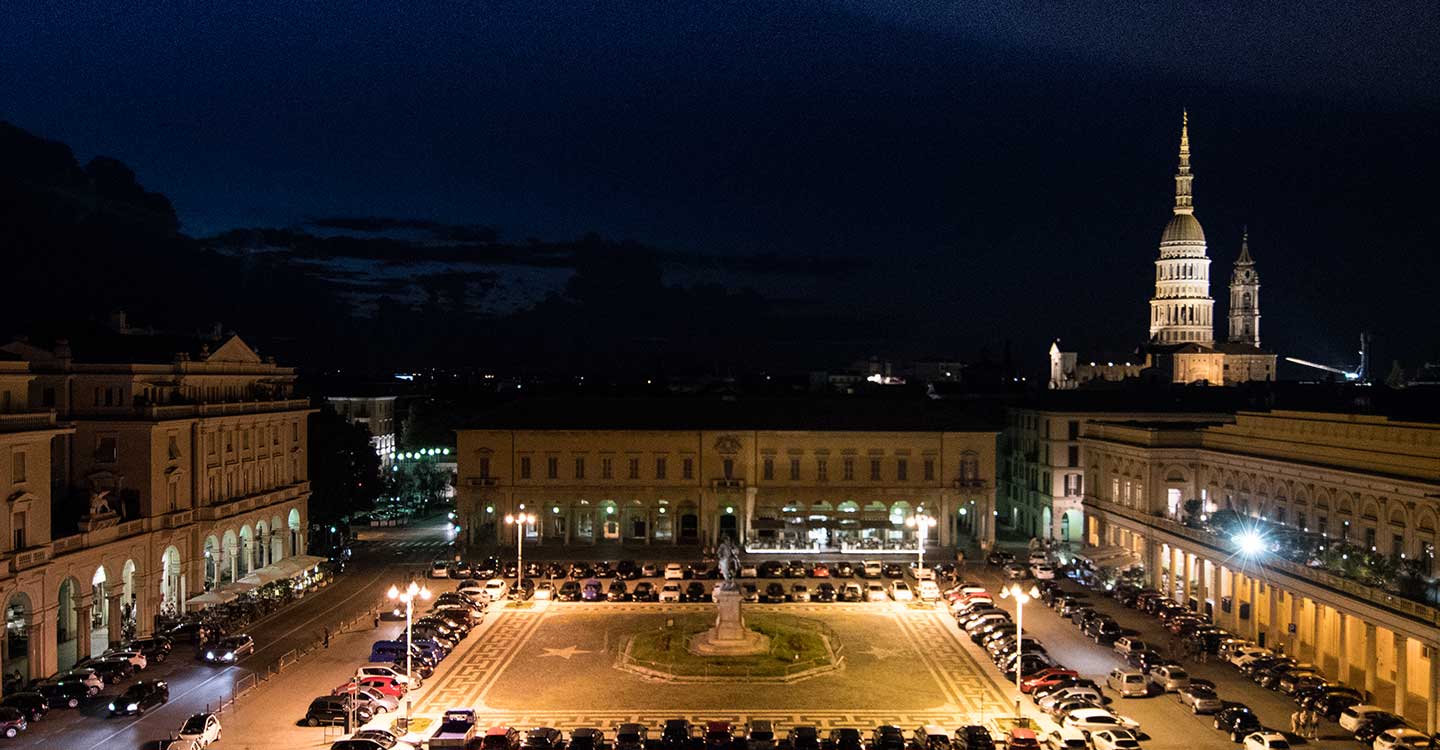 Piazza Martiri della Libertà (formerly Piazza Castello, and then Piazza Vittorio Emanuele II) was given its present-day form and function in the 19th century; it has a uniform outline and is surrounded by the Castle, the Coccia Theatre, the Market Building and Palazzo Venezia.

The central space, with a Neoclassical layout, is dominated by an equestrian monument dedicated to Victor Emmanuel II, created in 1881 by the sculptor Ambrogio Borghi.

The square, which in the past had been dominated by the imposing presence of the castle, by the early 1900s had become the focal point of the city’s market activities.

It was completed along its west side, formed up to then by a row of trees along the edge of Allea Park, by the construction of Palazzo Venezia.

This impressive complex, composed of two structures linked together by a portico, was designed by the architect Angelo Crippa and built by Generali Assicurazioni of Trieste in 1926, on a site formerly occupied by a ravelin of the fortified walls built by the Spaniards in the 1600s.

The design, which preserves lavish and original Neoclassical decorations, also features a reinforced concrete load-bearing structure and vertical masonry infill walls, a particularly innovative technique in Italy at that time.